Liberty and the Power of the Purse 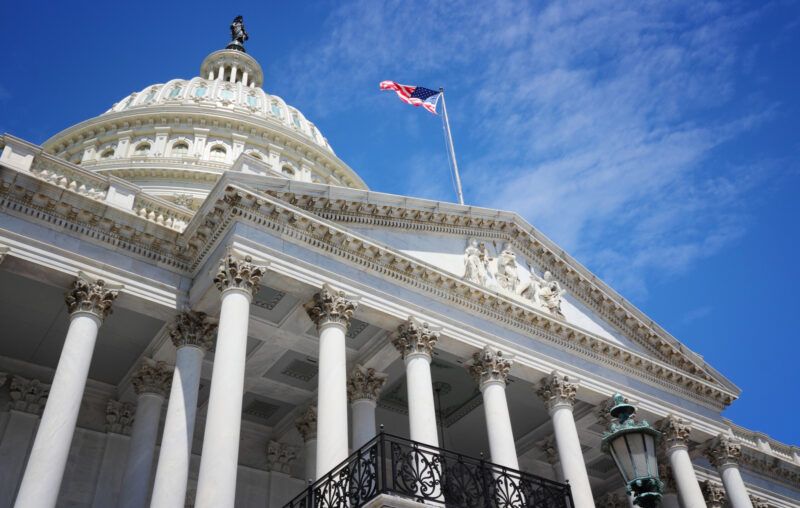 Even graduates of government schools know that America’s first major engagement with tyranny involved taxation. Strictly speaking, though, the American Revolution was not a rebellion against high taxes. Imperial taxes were relatively low and the consensus in the colonies was that it was the mode, not the level, of taxation that was problematic.

Ultimately, the American Revolution was about combatting, in the phraseology of the day, political slavery, the ability of one person or body to completely dominate everyone else, the way that masters ruled their chattel slaves. The key to liberty was widely understood as maintaining what was known as “power of the purse.” That meant that colonial governments, not individual colonists, should pay taxes, called requisitions, to London. That way, colonists had a say in how, when, and where they paid their taxes and, if need be, colonial governments could reduce payments to London, or stop them altogether.

In other words, the Revolution centered on control of monetary and fiscal policy, i.e., who could tax whom, and who controlled disbursements. That was why colonial legislatures asserted the right to pay the salaries and expenses of colonial governors instead of the British government. It was Incentives 101. Governors and other officials tended to act in the interests of those who paid them, especially after colonial legislators made it clear that they could, and would, delay appropriating gubernatorial salaries until after they had gotten their way, often on monetary policy matters.

Similarly, colonists long reduced Imperial taxes on imports by paying collectors bribes larger than their collection dues to look the other way.

Imperial policy makers eventually caught on to all that and so, faced with a monstrous national debt following the Seven Years War, they tried to make changes that would have stripped colonists of their power over the purse. Alert to the key pillar of their liberties, Americans rebelled, won, and implemented a new set of constitutions, written and unwritten, designed to protect them from arbitrary power through an intricate web of checks and balances including, at first, federal taxation by means of state requisitions.

Most readers will have some familiarity with the checks and balances of the written U.S. Constitution, as amended, and some notion that those checks have been eroded in recent decades by the growth of presidential and executive branch administrative power. The loss of the remnants of the Supreme Court’s and the Federal Reserve’s independence, the electoral college and/or state legislative election controls, and the Senate filibuster, perhaps combined with statehood for territories on blatantly partisan grounds, could well spell the end of the Republic.

So efforts to re-establish and strengthen those and other checks should continue, post haste. But even if they succeed, liberty may still be lost because of the federal government’s stranglehold on the purse strings.

Out of the tumult that led to ratification of the Constitution, the Bill of Rights, and the rise of political parties during the Washington administration emerged an unwritten fiscal constitution that served the nation well until its remnants were dismantled during the administration of George W. Bush.

The basic premise of the fiscal constitution was that the U.S. federal government could tax citizens directly but it should have as small an impact on the national economy as possible. Most taxation and spending should be at the state and local levels. Nationally, peace through strength was paramount. If war or another large expenditure became necessary, however, it could be debt financed so long as revenues sufficient to service the debt were enacted simultaneously. The debt could be paid off in full when possible but in peacetime, at the very least, it had to decrease in terms of output, with temporary minor allowance made if a recession decreased federal revenues below expectations.

Clearly, American policymakers followed the fiscal constitution as the ebb and flow of the debt-to-GDP ratio over the nation’s history, shown below, reveals spikes during wars, followed by steady postwar declines:

But equally clearly, the pattern began to disintegrate in the late twentieth century as policymakers used sundry non war “wars” to justify long strings of budget deficits that exceeded output growth. The Cold War, undeclared proxy wars, and metaphorical wars on climate change, crime, drugs, poverty, and terrorism, among others, justified big federal budget deficits reversed only briefly during the Clinton administration, largely thanks to some increasingly rare budgetary self-restraint by Congress and large unexpected tax increases during the dotcom boom.

It’s been downhill since then, and Uncle Sam’s debt has really picked up speed in 2020. The national debt now exceeds GDP for the first time since the Second World War, with no end to the slide in sight as the federal government’s debt service burden balloons along with inflation, another long proxy war gears up in eastern Europe, and the “war” against weather heats up.

Were that not bad enough, the federal government has taken control of the power of the purse. State officials once saw federal grants as akin to manna from heaven without realizing, or perhaps without caring, that they were effectively handing control over to Washington. The federal government used its power over the purse to cajole states into raising the legal drinking age and speed limits, and adopting numerous other federal regulations.

Federal funding now hangs like the sword of Damocles over states’ rights.

One way that states can avoid being beheaded by that sword is to reject federal monies, as some did in the 2010s hubbub over the Affordable Care Act’s Medicaid expansion. That tactic can be a tough sell to constituents, though, who see “their” money being wasted in other states instead of their own.

Fiscal states’ rights will deteriorate further as the federal government continues to arrogate power to itself. Eventually, some states may conclude that to preserve the Republic they will have to retake control of the purse strings, as they did during the Revolution and the Civil War.

Imagine, for example, if a POTUS were to order the Social Security Administration to stop making payments to retirees who have proven themselves “domestic terrorists” because they reposted an unapproved message on social media, voted for the wrong candidate in the last election, protested unscientific mandates related to climate change, or some such other pretext. Then imagine SCOTUS won’t, or can’t, intercede on speech, due process, or other grounds and that most of those cut off are concentrated in a subset of states. This might seem like a remote possibility – and a few years ago I would have checked myself into a psych hospital for suggesting it – but today such a scenario seems all-too-possible.

Presumably nonprofits would aid those whose Social Security payments were cut, but state governments would be under tremendous pressure to respond too. They could raise state taxes to make payments, but that would surely raise howls from workers already paying Social Security payroll taxes. At that point, state treasurers might try to return to the state requisition system. That would entail collecting the federal taxes due within its jurisdiction, then paying what they believe to be the federal government’s obligations to the citizens and businesses of their respective states, then forwarding any remainder to the U.S. Treasury.

Even officials in states not directly aggrieved by the new federal policy might see the advantage of a requisition system because it would aggrandize and empower them. The states, though, would have big incentives to pay as little as possible to Uncle Sam, to try to “free ride” on other states. All sorts of calamities, from civil war to foreign invasion, could result, which was why the fiscal constitution rejected the requisition system in the first place.

After all, a nation divided against itself cannot stand. The colonists ripped the British Empire apart to combat what they considered political slavery, and Southerners tried to do likewise to the U.S. Republic to maintain chattel slavery. Liberty again hangs by the purse strings and by no means must it prevail.

This article, Liberty and the Power of the Purse, was originally published by the American Institute for Economic Research and appears here with permission. Please support their efforts.