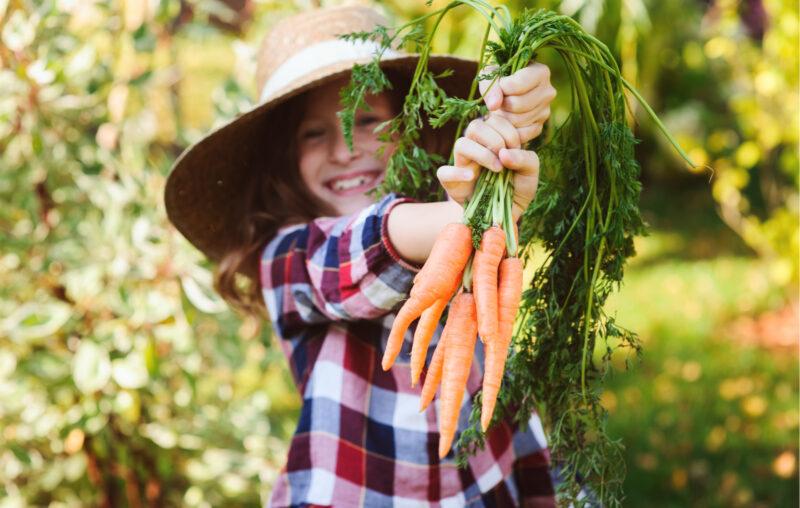 Every American who can plant a “Liberty Garden” this year should do so. Akin to the “Victory” Gardens planted during the world wars, Liberty Gardens increase production of healthy foods in uncertain times, rendering individuals less dependent on markets that governments may distort, deliberately or out of simple stupidity.

The last few years have been crazy and could get worse, much worse. Perhaps all will return to normal and your thumb will prove more brown than green, but all that will have been wasted is a little time and money. In another scenario, even modest garden produce, perhaps combined with wild game meat, will help you and yours to survive next winter.

If prices continue to rise, and my call for private COLAs goes unheeded, increasing numbers of Americans will face difficult choices between buying food, gasoline, or home heating oil. Few people can produce their own fuel, but many can grow some delicious, nutritious fruits and veggies in their own yards and window boxes.

Given that this is a major election year, another risk looms, that of price controls. In the early 1970s, the Republican Nixon administration tried to combat inflation with price caps, which predictably led to widespread shortages of “everything but money.” If Republicans half a century ago were daft enough to mandate prices, you best believe Democrats today will not hesitate to do so if they think that it might garner them a single net vote. You might have to wait in line at the pump but at least, with a little effort and patience, you can chomp on a carrot from your own garden while waiting to return home (the temperature of which you might be able to keep at 50 degrees in the winter and 90 in the summer thanks to price control-induced shortages).

Other policies could also impede the free flow of food from where it is relatively abundant to where it is relatively scarce. Somebody might sneeze in Kalamazoo, setting off a wave of lockdowns. Or some environmentalist in power might conclude that the costs of allowing food shipments might exceed their benefits and force us into locavorism, even if that means some individuals have to suffer for the benefit of all. In 2019, such policies would have been rightly ridiculed as outrageous but today it seems outrageous not to mention that they lay well within the Overton Window.

Lest anyone forget, the 20th century witnessed numerous policy-induced famines, including one in Ukraine in 1932-33 called the Holodomor (Hunger Extermination in Ukrainian) and another in China in 1958-60 misleadingly called the Great Leap Forward. Millions of people died in the former and tens of millions in the latter. Huge numbers of Ethiopians and Cambodians also succumbed to hunger and disease at the hands of their own governments and once again China starves millions in the pursuit of unattainable policy goals.

As I have explained elsewhere, some government policies have proven themselves far deadlier than accidents or natural catastrophes. But unlike the 600 poor saps in Tennyson’s “The Charge of the Light Brigade” (which is set in Crimea by the way) with no choice but “to do and die,” Americans still have some room to adapt to policy uncertainty and, frankly, policy stupidity.

Unfortunately, I cannot dispense useful specific gardening advice to readers because circumstances vary widely over latitude, climate, soil quality, land availability, dietary desires, and gardening skill. Many blogs, books, and online videos can help individuals to judge what is best to plant, keeping in mind that most Americans will be able to trade local knowledge, as well as ripe produce, with neighbors regardless of the state of the world. The same sources can also provide tips on how to best store food, even without a steady flow of electrons to freezers and fridges.

Yes, it is the 21st century, but governments are still governments, and hence able to inflict great harm on their citizens, knowingly or not, through war and other disastrous policies like inflation, price controls, and “green new deals.” Maybe America has hit rock bottom and the current travails will induce a return to limited government. Until then, though, I suggest that you remove the rocks from your own garden, and plant yourself some Liberty this spring, summer, and fall.

This article, Liberty Gardens, was originally published by the American Institute for Economic Research and appears here with permission. Please support their efforts.