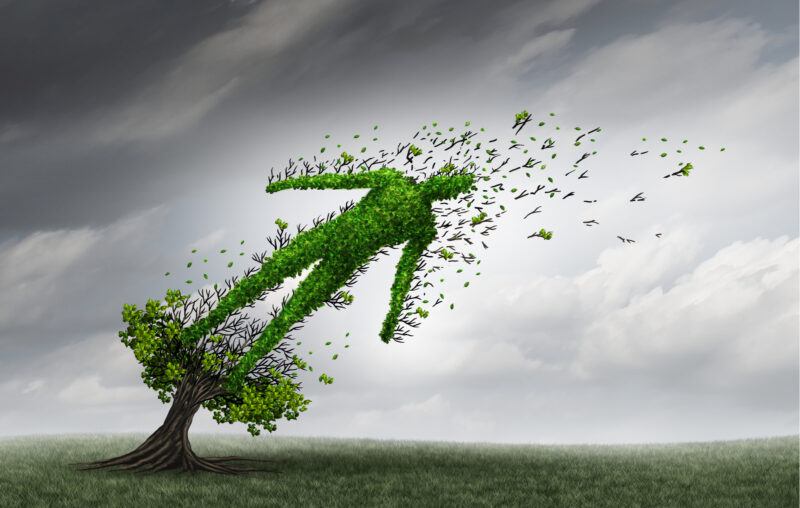 A year ago, I explained that the US life insurance industry survived the first phase of the pandemic despite deaths increasing from 2.85 million in 2019 to 3.39 million in 2020. Fearful Americans bought more life insurance, and most of those who died from Covid-19 were old and hence expected to die soon, in a statistical sense, anyway. Essentially, their individual life insurance policies had been “bought and paid for.”

That overall deaths ticked up slightly in 2021, to 3.42 million, would not, therefore, seem troubling. In the second half of the year, however, mortality unexpectedly spiked among working Americans covered by “group” policies through their employers. That is shocking because the idea behind group life is that the mortality rate of working adults is both low and stable. Premiums in that highly competitive segment of the industry are accordingly low, with little margin for error.

If you count on life insurance to protect your loved ones in the event of your death, though, don’t fret yet. Reinsurers and regulators still assure policyholders that all death claims will be quickly paid to beneficiaries as usual.

The scary aspect of the spike right now, then, is not the threat of life insurance industry collapse, it is that the cause(s) of the spike remain(s), as one industry analyst put it, “murky.” Some actuaries suggest that the spike protein caused the spike. In other words, Covid-19 deaths are being undercounted and explain most of the rise in excess (> predicted) mortality.

The undercount hypothesis might make sense if the pandemic had not become so politicized. If the hypothesis is plausible, however, the remaining Covid quacks would push the narrative that the disease is now killing large numbers of workers to justify more mandates and Trudeau-esque repression of civil liberties.

Unfortunately, insurers generally do not investigate the cause of death, which is one reason why I called for special Covid-19 insurance policies or at least riders at the beginning of the pandemic. Insurers have no immediate incentive to sniff out cause of death because they have to pay regardless of cause, with a few exceptions like suicide soon after policy issuance.

But life insurers are starting to think about increasing premiums and that is where matters could get interesting, because then they will have to take a stand on what is causing excess mortality, Covid-19 itself or the public health responses to Covid-19. In the former case, they should base premiums for new policyholders and on group policies, which are usually repriced annually, on vaccination status.

In the latter case, insurers will have to discern, if they can get more detailed data from the CDC, the extent to which Covid-19 public health interventions are killing people. Maybe it is the combined stress of the last two years, from masking faces to masking the truth? Or maybe it is stress plus fewer visits to the doctor? Or maybe one particular intervention is mostly to blame? Maybe one loudly touted as safe and effective that remains shrouded in statistical obscurity and shielded from the objective scrutiny of liability insurers?

One would think that life insurers, both publicly-traded ones and mutuals, and their research arms, like the Society of Actuaries and LIMRA, would push government officials for data sufficient to tease out the cause(s) of excess mortality. After all, they owe it to their stockholders, policyholders, and clients to set premiums rationally. Insurance regulators should also push for proper data disclosure so that they can do their job of protecting the industry and its millions of beneficiaries.

Think of how glorious it would be for America’s PHOs (public health officials) if objective third-party observers with real skin in the game and no incentive to follow CDC dictates reject the hypothesis that vaccines (and/or other public health policies) are responsible for the recent spate of excess deaths. They could bask in the glory of showing that truckers, America’s Frontline Doctors, and other Covid-19 “vaccine” skeptics are not just wrong-headed, but empirically wrong. If only to reduce rational fears that they have been captured by Big Pharma, one would think that Fauci and Co. would strongly encourage life insurers to investigate the matter.

Perhaps, though, the fact that life insurance actuaries are highly qualified independent analysts of mortality and regulated primarily at the state, not the national, level has made America’s PHOs reticent to encourage actuarial analysis. Provided proper data, life actuaries might discover something damning about our public health policies and have incentives act on it. Imagine if, other underwriting variables like age equal, locked-down Californians had to pay higher premiums than free Floridians, or if premiums went up with each booster shot. Those increases would be difficult to blame credibly on “greedy corporations.”

This article, Life, Death, and Insurance, was originally published by the American Institute for Economic Research and appears here with permission. Please support their efforts.