Limited Government and Money: A Review of Money and the Rule of Law 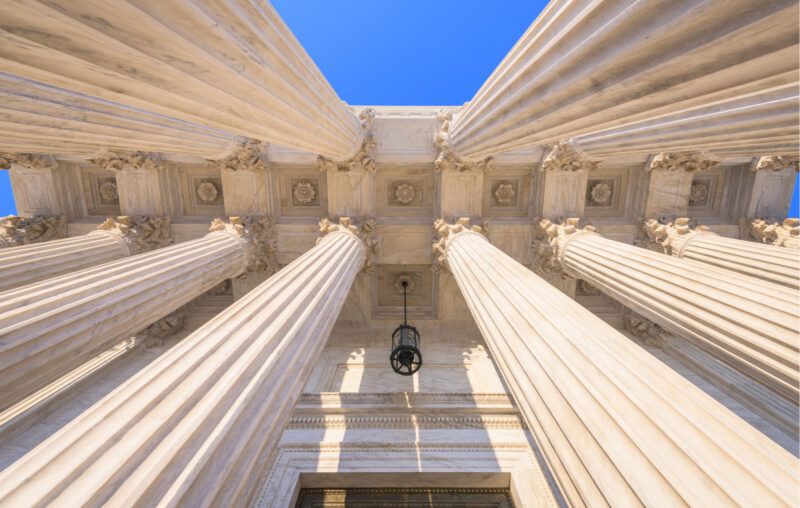 For centuries pharaohs, emperors, and kings ruled and made average folks do their bidding. The rise of political liberalism changed our conception of power, arguing that governments existed to serve the people. A new book argues we must bring liberal principles to our money.

Government actions ultimately involve force, which liberalism argues is legitimate only if it serves the people. Governments today take some of the same actions as emperors did. Taxation, for example, still involves armed men taking things from people. Taxation is theft unless the people consent; as America’s Founders put it, “Taxation without representation is tyranny.”

In Money and the Rule of Law, economists Peter Boettke, Alex Salter and Dan Smith (formerly of Troy University) argue that the Federal Reserve’s unchecked powers over America’s money supply violate the rule of law, an important element of liberal government. The rule of law means that the rules are enforced equally on all; no one is above or beneath the law. The rule of law yields generality, predictability, and robustness. They argue, “If money is subject to arbitrary manipulation by public authorities, this amounts to a de facto infringement on property rights.”

A retort to Boettke, Salter and Smith might be, “But the Federal Reserve manages the money supply to keep our economy prosperous, benefitting us all.” Yet the evidence, the authors argue, is less clear than you might think. Between its creation in 1913 and 1933, the Fed basically only managed the banking system. Yet it let one quarter of America’s banks fail between 1930 and 1933, turning a recession into the decade-long Great Depression.

The Fed also fueled the inflation of the 1970s, which hit 13 percent in 1980. The “Misery Index” – the sum of the inflation and unemployment rates – routinely exceeded 15. By comparison, the Misery Index was 6 in 2019.

The Fed also contributed significantly to the Great Recession. Ben Bernanke, Fed Chair in 2008, contended that the Fed merely served as a lender of last resort. The authors thoroughly refute this claim and contend that the unpredictable response – e.g., bailing out Bear Stearns and then allowing Lehman to fail – created most of the financial crisis.

The authors also demonstrate how the Fed’s expertise to guide the economy is massively exaggerated. Discretionary monetary policy as depicted in textbooks requires accurate forecasting of the demand for money. But as former Fed chairs Paul Volcker and Alan Greenspan acknowledge, the Fed cannot even accurately measure the money supply.

Economists’ understanding comes from our models. The best models are still simplistic and inferring valid lessons for ongoing economic events is challenging. But we have no specialized expertise on things we cannot model.

As the authors detail, the Fed’s models have some notable omissions. Like money and financial institutions. The New York Fed’s forecasting model omits money; Boettke, Salter and Smith characterize this as “a de facto renunciation of the very economic problem monetary authorities are supposed to manage.” Models without financial institutions offered little insight on the financial crisis.

Truly limited government involves limiting the discretion of the Federal Reserve. A solution involves imposing binding rules on both the Fed and Congress. The rules must specifically restrict the creation of “liquidity and credit except in specific ways that are general, predictable, and robust.”

Three great free market Nobel Prize winners of the 20th century, Friedrich Hayek, Milton Friedman and James Buchanan, all wrote about monetary economics. As Boettke, Salter and Smith observe, each eventually concluded that the power of central banks must be curbed. Money and the Rule of Law offers an important case for extending limited government to money.

This article, Limited Government and Money: A Review of Money and the Rule of Law, was originally published by the American Institute for Economic Research and appears here with permission. Please support their efforts.

What’s Worth Streaming: Here’s everything coming to Netflix in December 2022 — and what’s leaving

Most retirees and near-retirees are worried about the stock market and inflation. Here’s what they’re doing about it.