Lockdowns in Taiwan: Myths Versus Reality 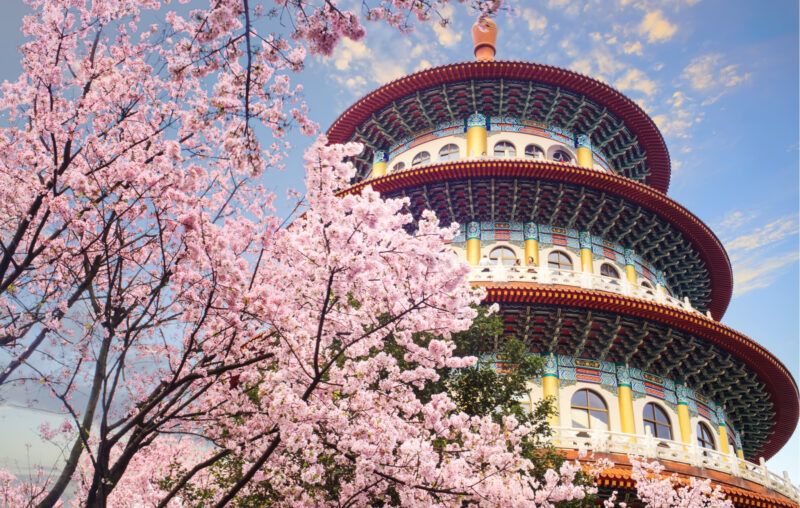 As we observe the number of Covid cases and deaths dwindle throughout many parts of the world, we can reflect on the past year to make sense of the pandemic. By comparing different countries’ strategies and outcomes, we can decipher which mitigation policies worked and which ones did not.

Bloomberg’s Covid Resilience Ranking, for instance, attempts to evaluate mitigation policies and compares countries by listing them from best to worst in terms of controlling the virus. Singapore, New Zealand, and Australia score the first three spots with Taiwan placing fifth. Taiwan, the island country off the coast of China, frequently arises when media outlets evaluate which countries fared better during the pandemic.

Compared to other countries throughout the world, this country of 23 million people saw considerably low case and death numbers: between the first Covid case in January 2020 and early May 2021, the country reported a mere 1,210 cases and 12 deaths. To put these shocking outcomes in perspective, Peru – a country of 33 million people – experienced approximately 1.8 million cases and 65,000 deaths.

Some attribute Taiwan’s success to the numerous countermeasures rapidly employed by its government. Countless news outlets cite the Journal of the American Medical Association Network (JAMA) article published last year, which claimed that Taiwan’s Central Epidemic Command Center (CECC) implemented 124 “action items” to control the virus. The problem with this list is that it’s not actually 124 countermeasures.

Of the remaining 27 actions, 7 dealt with fines and “fake news” – including investigations of rumors that cyanide can ward off the coronavirus (it is highly toxic), and face mask production can cause a toilet paper shortage (the rumor consequently sparked a toilet paper panic) – and 6 more dealt with schooling and disinfecting public areas. Categorizing these 124 policies, communications and temporary regulations as concrete “actions” gives a false picture of Taiwan’s pandemic management approach.

So, the question remains: how did Taiwan achieve such unprecedented success?

The reality is that Taiwan had a few mitigation strategies, zeroing in on certain approaches: travel controls, mask distribution, contact tracing, and designated quarantining spaces.

First, Taiwan was one of just 26 countries that experienced Severe Acute Respiratory Syndrome (or SARS) — another type of coronavirus — in 2003. While cross-immunities between the coronaviruses might play a role, the reminder of devastation from SARS played a far greater role. Dr. Sue Sung-How, from Pojen General Hospital, recounted that during SARS, “Taiwan had the highest mortality rate in the world […] In just one hospital in Taipei, there were 154 cases and 31 deaths.”

Thereafter, the country made plans. The Taiwanese Centers for Disease Control published multiple reports on lessons from the SARS outbreak. In a 2005 article, researchers determined that preparation measures should focus on the older and immunocompromised populations and that hospitals should be closely managed. This foresight and unique knowledge stemming from the SARS experience gave Taiwan an edge over other countries who were unsure about what population segments would be most vulnerable.

When Covid-19 emerged 17 years after SARS, Taiwan focused its efforts on incoming travel controls for the island — a geographical advantage that many land-locked countries do not have. Inbound travel was only granted to Taiwanese citizens, while the majority of foreign nationals were barred from entering on March 19, 2020. To reduce the potential for infecting others, inbound travelers were also prohibited from using public transport; instead they could be picked up by family or use the “epidemic-prevention taxi” available at the airport.

Taiwan also required arrivals to submit a health declaration card and use a Taiwanese SIM card during their self-health monitoring or quarantine period, just one component of Taiwan’s robust contact tracing system. In addition to a toll-free hotline established for citizens to report suspicious symptoms, the country adopted an open testing approach that allowed anyone, whether or not they were symptomatic, to get tested.

All of this critical information held on different platforms was then merged when Taiwan’s national health insurance database was integrated with its immigration and customs databases. The database consolidation allowed for more efficient case identification and contact tracing through real-time alerts from clinical visits, travel histories, and symptoms.

In addition to practicing preventive measures, Taiwan identified additional quarantine spaces at government facilities (including dorms and spare military camps) and designated 2,000 beds in negatively pressurized isolation wards to treat patients with infectious disease and prevent them from infecting others. This preparation helped ease overwhelmed health systems and enabled many non-Covid health services to continue.

In addition to these actions, the government assessed and closely monitored resource availability and production capacity of masks. They temporarily banned the exports of masks to focus on domestic distribution. In January 2020, the Ministry of Economic Affairs listed daily local mask manufacturing capability at 2.44 million units – well above local demand of 1.3 million per day.

Along with the governmental response, memories of SARS prompted a robust behavioural response among Taiwan’s citizens. Individuals voluntarily donned masks and sanitized hands as the government upheld its promise of transparent and open communication to promote public trust and cooperation while avoiding bias and attempts to rouse hysteria. Robert Brook of UCLA and RAND Corporation described such transparency as “critical” and stated that “frequent communication to the public from a trusted official was paramount to reducing public panic.” As part of the information campaign, the Taiwan Centers for Disease Control posts daily updates about new infections and deaths on their website.

While some actions taken by the Taiwanese government — such as fines of $10,000 for quarantine violations and $100,000 for propagating fake news about the pandemic — are undoubtedly stringent, many of the measures implemented were minimally invasive.

Despite these real possibilities contributing to Taiwan’s outcomes, many others aver that a “zero tolerance approach” in Taiwan is responsible even though lockdowns were virtually nonexistent in the country — a fact subtly downplayed in the media. As cases gradually rise in Taiwan, the country is implementing a few more restrictions with the potential to add more if cases do not slow; this possibility induced media outlets to claim that Taiwan is mobilizing as cases “surge.”

Yet, articles citing a “tightening” of rules only briefly acknowledge that Taiwan never locked down. Instead, they blame the increase in cases on a loosening of travel restrictions and on people’s becoming “more relaxed or careless as time goes by.” A closer look reveals that this harsh turn in restrictions consists of capping gatherings at 500 for outdoors and 100 for indoors to 10 and 5 respectively — more in line with gathering limits imposed by Western nations.

The reality is that the hyperbolic 124 action items misrepresent the Taiwanese approach. Relative to other countries, Taiwan serves as a beacon of freedom: children still attended school, professionals continued to go to work, and businesspeople were able to keep their businesses open. However, the looming possibility of more lockdown restrictions might obstruct Taiwan’s hard-earned progress.

This article, Lockdowns in Taiwan: Myths Versus Reality, was originally published by the American Institute for Economic Research and appears here with permission. Please support their efforts.