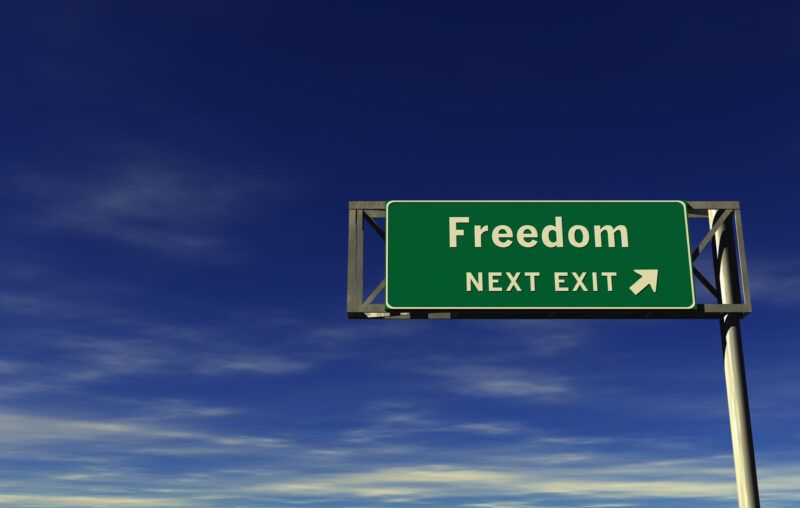 Professors Rachel S. Ferguson and Marcus M. Witcher recently teamed up with Emancipation Books to bless the world with a new book, Black Liberation Through the Marketplace: Hope, Heartbreak, and the Promise of America. They enjoin readers not to complain “about the excesses of hard left anti-racist discourse” but to “offer a substantive alternative. Don’t just react. Act.”

The book’s overall theme comports with the thesis of my 2019 AIER book, Financial Exclusion: How Competition Can Fix a Broken System, which is that reducing barriers to economic system access rather than affirmative action is the best way to help members of traditionally disadvantaged groups. Whereas Financial Exclusion concentrates on finance and the experiences of members of four different groups; blacks, American Indians, women, and impoverished whites, Black Liberation touches the financial system only in passing and concentrates on the plight of poor African Americans.

Neither book sugarcoats the American experience by downplaying the important influences of bigotry and hatred. Both, for example, discuss the ugly 1921 destruction of Tulsa’s “Black Wall Street” district. Unlike the infamous screed called The 1619 Project, however, both books place past racial injustices into contexts informed by economic history and classical liberal economic theory.

The book also serves as a primer on economic history, with “lessons” on civil society, eugenics, the Great Enrichment, feudalism, imperialism, labor unions, and, of course, slavery. The lessons are accurate and pithy, but of course not comprehensive. The authors inform readers without overwhelming them by relegating details, sources, and tangents to the copious endnotes.

Importantly, the authors rightly disparage the view of slavery recently espoused by the so-called New History of Capitalism (NHC), a menagerie of bad history and worse economic theory critiqued by scholars like Eric Hilt, Phil Magness, Alan Olmstead, and Gavin Wright (no relation). Ferguson and Witcher add to such critiques by countering NHC with new views of slavery by scholars like Jeffrey Rogers Hummel and myself. Hummel points to the deadweight losses created by slavery, while in The Poverty of Slavery: How Unfree Labor Pollutes the Economy, I point to the negative externalities inherent in the various forced labor regimes that have cursed humanity throughout time and the globe.

The authors correctly conclude from such studies that US chattel slavery did not make America wealthy and in fact hurt its economic development. Ditto with the forced labor regimes that replaced slavery in the postbellum period and the injustices of the Jim Crow and The New Jim Crow (mass incarceration) eras. Although a relatively few white people grew wealthy from slavery and segregation, white Americans as a group did not benefit from those policies, and in fact were hurt by them. Hence they owe nothing to the descendants of slaves except equal access to the classical liberal market economy that undergirds America’s prosperity.

“Let us not hope to create equality by dragging the majority down,” the authors conclude, “but rather by pulling the minority up.” To that end, the authors suggest selling government land to finance “the capital investments of any poor entrepreneur” or of anyone of any wealth level who can prove that they are an American Indian or the descendant of slaves.

If financed through the sale of government land, reparations would come out of the hide of governments, the entities most responsible for the wrongs done to blacks, Latinos, American Indians, and poor whites. It was governments, after all, that made slavery and other forced labor systems profitable by heavily subsidizing them. Governments, too, allowed gruesome lynchings and other atrocities, like the Colfax Massacre, to occur.

Moreover, government planning, zoning, and mortgage guarantee programs, not private lenders, caused the “redlining” of mortgages and the breakup of racially integrated neighborhoods. And later, it was governments that razed black neighborhoods to build highways and public housing hellholes and that induced private employers to eschew black employees via minimum wage laws. Eugenicists in the private sector were scary, but government eugenicists, like Supreme Court Justice Oliver Wendell Holmes, forced tens of thousands of Americans to be sterilized against their will. The federal government, not individuals or businesses, imposed the Great Society welfare state that destroyed the nuclear family structure of many poor blacks in the 1970s and 80s. And guess what screwed up the education of millions of black Americans?

Using the proceeds of government land sales to make loans to the poor is therefore an interesting idea, but unfortunately only if one ignores the long and sordid history of government lending programs described in Financial Exclusion. The money might be better spent instead training the poor in finance and partially capitalizing minority-owned and -operated financial institutions so that they can surmount regulatory hurdles and help themselves by helping others with business loans and insurance.

The authors correctly argue that critical race theory wrongly pins cronyism, imperialism, sexism, and white supremacy on “capitalism.” Those -isms, not competitive markets or classical liberal thought, though, are what hurt civil society and rule of law and hence overall economic output.

Race-based affirmative action, implicit bias and diversity training, anti-racism, and other panaceas all do more harm than good to the very people they purport to help. Paternalists should help the poor, regardless of color, rise in the ranks by providing them the financial and intellectual resources they need not just to get into the best universities, but to thrive in them.

The authors explain, for example, that purveyors of anti-racism want to concentrate on the gaps between whites and blacks, rather than improving absolute outcomes. So the anti-racists decry legal changes, like marijuana decriminalization, that would reduce the number of incarcerated black men if those reforms also reduced the number of incarcerated white men. Similarly, the anti-racists, many of whom have an affection for Marxism, would prefer it if everyone earned the same low real wage instead of everyone enjoying different degrees of affluence. By focusing on relative differences between groups instead of individual outcomes, the so-called anti-racists seem to want to hurt whites more than they want to help blacks.

Overall, Black Liberation Through the Marketplace is one of the most useful books on the economics of American race relations to appear for some time. If Americans were truly interested in improving their country, rather than engaging in mindless virtue signaling, it would be a bestseller and supplant the infamous Woke tomes currently degrading collegiate and military reading lists.

This article, Marketplace Liberation, was originally published by the American Institute for Economic Research and appears here with permission. Please support their efforts.

Amber Heard Under Foreign Criminal Investigation In Smuggling Case, Told Others To Lie To Authorities: Report