Masters of Puppets and Men of System: Review of Mario Rizzo and Glen Whitman, Escaping Paternalism 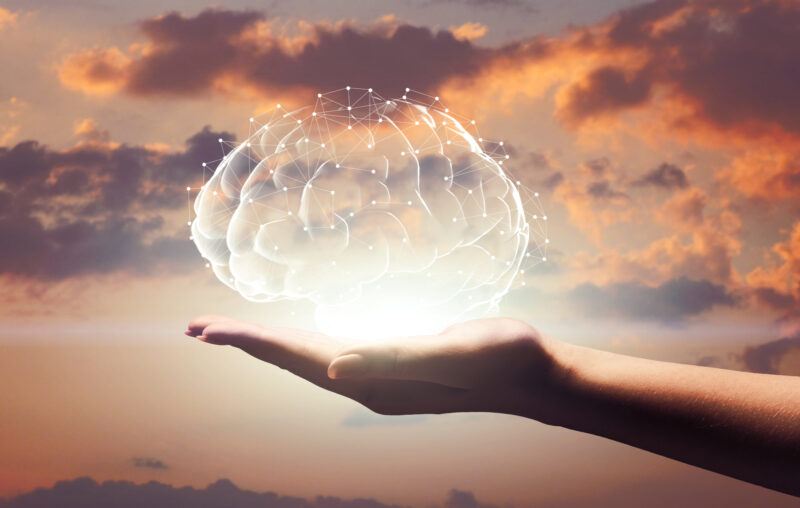 In the beginning, there was paternalism. This was the simple thought that people could not be trusted to do what was right and good and therefore had to be controlled by an enlightened cadre of priests, princes, or philosophers. Paternalism would make people better—and better off—by standards ascertainable only by the Anointed, Thomas Sowell’s word for the enlightened few who know how everyone else should live. A couple of decades ago, scholars introduced a new paternalism, or “libertarian paternalism,” that embraced autonomy (sort of), acknowledged that people have their own preferences (sort of), and promised to make people better off by their own standards and preferences (sort of). It succeeded. Sort of.

Enter Mario Rizzo (New York University) and Glen Whitman (Cal State University-Northridge). They have gone stride for stride with the new paternalism, and at every invocation of this Great and Powerful Behavioural Oz they have directed our attention to the man behind the curtain. That man, it turns out, is the character Adam Smith calls the Man of System, a chap who

“…is apt to be very wise in his own conceit; and is often so enamoured with the supposed beauty of his own ideal plan of government, that he cannot suffer the smallest deviation from any part of it. He goes on to establish it completely and in all its parts, without any regard either to the great interests, or to the strong prejudices which may oppose it. He seems to imagine that he can arrange the different members of a great society with as much ease as the hand arranges the different pieces upon a chess-board. He does not consider that the pieces upon the chess-board have no other principle of motion besides that which the hand impresses upon them; but that, in the great chess-board of human society, every single piece has a principle of motion of its own, altogether different from that which the legislature might chuse to impress upon it. If those two principles coincide and act in the same direction, the game of human society will go on easily and harmoniously, and is very likely to be happy and successful. If they are opposite or different, the game will go on miserably, and the society must be at all times in the highest degree of disorder.”

In Escaping Paternalism, Rizzo and Whitman bring together their responses to the new paternalist arguments. They offer readers a lot of reasons why the new paternalism is not all it claims to be. By the end of the book, it is hard not to conclude that new “libertarian” paternalism is just the old paternalist wolf in libertarian sheep’s clothing. Critics will say this is unfair, and I’ll admit that I would much rather have Cass Sunstein nudging me toward more fruits and vegetables with a bit of choice architecture instead of having Michael Bloomberg telling me I can’t buy a Big Gulp. As Rizzo and Whitman argue, even though we are promised Cass Sunstein helping us make better choices, we almost inevitably get Michael Bloomberg telling us what we can and cannot do. “Better than outright authoritarianism” is in any case hardly a ringing endorsement; it damns the new paternalism with faint praise.

In a way, Rizzo and Whitman are doing a kind of meta-behavioral economics and showing that the first things to crumble under the weight of the new paternalists’ arguments are the new paternalists’ policy conclusions. Their objection to new paternalism takes the form of a series of “even if” arguments. For example, even if people could overcome the seemingly-insurmountable incentive problems that come with aligning the interests of the nudgers and nudged, there is the even-more-insurmountable knowledge problem. It’s not sufficient to simply say “some people are irrational; therefore, new paternalism.” The nudges have to be pretty finely calibrated if they’re to accomplish their presumed objectives of making people better off as they choose to define it.

There is at least some research taking a behavioral approach to public policy; it’s remarkable how little this seems to cross the minds of the new paternalists who exhibit an unwarranted confidence in interventionists’ ability to nudge people toward better choices. While homo economicus is the new paternalists’ normative standard—they refer to what they call the “puppet rationality” of the actor in the model—their presumed real-world agent is the bumbling and buffoonish Homer Simpson (Homer Economicus). To Rizzo and Whitman and other critics of the new paternalism, they don’t take seriously enough the possibility that the nudging politicians will be a lot like Springfield’s crooked and incompetent mayor “Diamond” Joe Quimby. And that doesn’t even get into the likelihood that the long arm of the law in Springfield belongs to its crooked and incompetent police chief Clancy Wiggum. While we’re on The Simpsons, they did an entire episode about the perils of utopian paternalism.

As a pater myself, I understand the temptation to nudge. There are few things as infuriating as watching your own children make poor choices, but if they bear the image of God and if the image of God connotes the kind of dignity libertarians are fond of discussing, we have to restrain our urge to step in and fix everything for them or to prevent them from making those poor choices. My wife and I, for example, are trying to help our children make good choices by letting them make a lot of low-stakes bad ones. The disappointment that comes with wasting money on this thing or the mild danger that comes with setting fire to that thing, we hope, will teach them to choose more wisely in the future.

The neopaternalists, alas, are not willing to grant that kind of latitude to grown men and women. Rizzo and Whitman have no quarrel with advice, of course, as long as it stays just that. They object to the presumption of power, and they (like me, and I suspect like you) are not comforted by the new paternalist “safeguard” that they promise not to use their newfound power for evil. I have no doubt Dan Ariely, Cass Sunstein, and Richard Thaler won’t. I’m less optimistic about successive generations. Do the new paternalists really expect that creating an Office of Bossing People Around won’t be really attractive to people who get their kicks from bossing other people around? Ideas travel from the ivory tower to popular consciousness and public policy in an exasperating telephone game in which a big gap emerges between what the research actually says and what politicians actually do. They note at least one example of a policy maker who thought Richard Thaler was his “spirit animal” and who saw behavioral economics as just another set of tools to get people to do what he wants. That’s soft paternalism in the service of hard paternalism.

Rizzo and Whitman argue that there are a lot of good reasons to think nudges will be improperly calibrated. As they argue, those who most need to be nudged are those least resistant to nudging—the food-addicted morbidly obese (and I write this with sympathy: my own relationship with food is unhealthy in a lot of ways), heavy smokers, and the heavy ten-drinks-a-day drinkers who account for more than half of all alcohol purchases. The moderate eater, casual smoker, and occasional drinker is likely to be much more responsive to changes in prices than heavy users; hence, a poorly-calibrated “sin tax” (where the sin is against one’s future self) can make people worse off, on net, by nudging them away from the hot fudge sundae, cigar, or glass of wine they otherwise would have had. If you read this and say “Good; that is as it should be,” then you’re defending old-fashioned hard paternalism rather than newfangled soft paternalism.

They also argue that if we are going to make “fiscal externalities” the slam-dunk argument that it really isn’t—the “fiscal externality” argument says that society has a stake in regulating others’ behavior when some of the costs of others’ poor choices are shouldered by taxpayers—then we have to take seriously the research suggesting that smoking and obesity actually save taxpayers money, on net, by shortening old age. Heavy smokers and the morbidly obese cost taxpayers more money per year, but they are around for fewer years. On net, smoking and obesity save money for taxpayers. If fiscal externalities are decisive, then we arrived at the uncomfortable conclusion that we should be subsidizing smoking and obesity. Unless they’re named Joe Camel, Ronald McDonald, or Cap’n Crunch, I can’t imagine anyone making that argument. In any case, the “fiscal externalities” argument glosses over an easier solution: get rid of the sources of the fiscal externalities. Let people be responsible for their own health and their own well-being. As the economists Scott Beaulier and Bryan Caplan argued in a very interesting 2007 paper in Kyklos, behavioral economics actually undermines a lot of arguments for the welfare state by subsidizing deviations from the “rational actor” model that informs neoclassical economics.

Finally, they point out that for all the problems with the argument, new paternalism is a situation where slippery slopes are a very real danger. Even the pragmatic “middle of the road,” they point out, is not a stable place: what counts as “the middle of the road” depends on where the road’s shoulders already are. The new paternalism keeps moving “the middle” in a progressively more authoritarian direction. As I argued a decade ago, the slippery slopes of new paternalism are greased with trans fats. It’s not hard to see how a nudge becomes a shove becomes a punch becomes a boot stamping on a human face—forever. Indeed, we can watch it happen in real time.

All in all, Rizzo and Whitman present us with 500 pages of good reasons to be very skeptical of the new paternalism. Even if the problems the new paternalists point out can be fixed in theory, people who wish to do so in practice need to clear a formidable series of epistemic hurdles before they can be sure they won’t make things much worse—to say nothing of actually and unambiguously making things better. The men and women of the new paternalist system would do well to step away from the chess-board and to consider that “in the great chess-board of human society, every single piece has a principle of motion of its own, altogether different from that which the legislature might chuse to impress upon it.” In Escaping Paternalism, Rizzo and Whitman explain why.

This article, Masters of Puppets and Men of System: Review of Mario Rizzo and Glen Whitman, Escaping Paternalism, was originally published by the American Institute for Economic Research and appears here with permission. Please support their efforts.