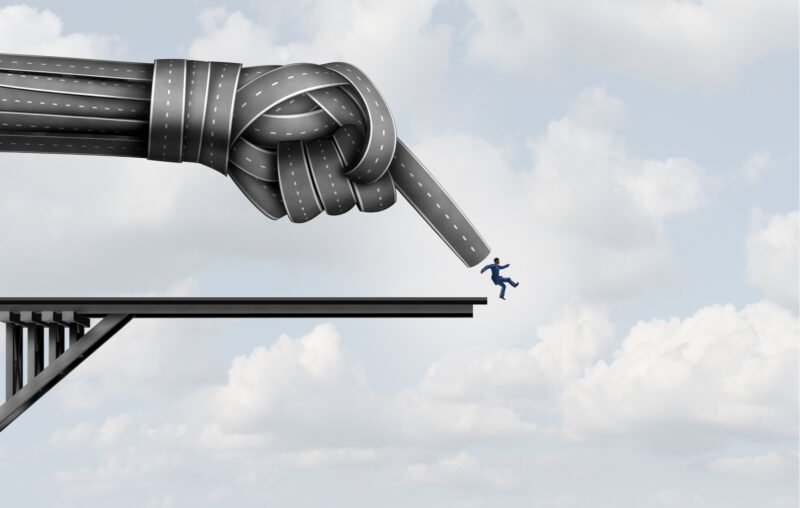 In “The Great Nudge,” Joel Kotkin reports on increasing support for the behavioral economics idea of governments’ “nudging” their citizens toward improved results. He notes that the idea was popularized by Richard Thaler and Cass Sunstein in their 2008 book Nudge.

However, he fails to note a very important aspect of Nudge. Every major illustration of suggested government nudging traces back to government interventions into the market, not market failures. And those who have caused the problems are not to be trusted to solve those problems in Americans’ best interests, whether by nudging or shoving.

The prototype nudge proposed is changing default options, such as requiring employees to participate in an employer’s 401(k) retirement plan unless they opt out, rather than requiring them to opt in to participate. It is asserted that changing the default option would increase retirement savings without coercion, since employees could still opt out. Similarly the “shortage” of organ donations could be addressed by making people donors unless they opt out rather than non-donors unless they opt in. Paternalistic nudges could also be used in other areas, such as reducing unhealthy choices.

Those suggestions all rest upon the false premise that people’s supposedly inadequate choices arise because they are left alone to make them. However, current savings, organ donation and health choices are not the free choices of individuals, but are made largely because government policies–taxes, regulations, mandates, etc.–impair their incentives. They are government failures masquerading as market failures.

The actual problem is actually that government does so much that discourages saving.

People have been led to substitute Social Security’s vastly underfunded promise of retirement benefits for private retirement savings. And since promised benefits exceed what current rates can sustain, people also anticipate being richer in retirement than they will actually be, reducing saving more. Those who save enough to provide well for retirement also face income taxes on up to 85 percent of their Social Security benefits.

Taxes on capital also reduce saving, by reducing the after-tax return on saving and investment. These begin with property taxes. Then state, federal and sometimes local corporate taxes take further bites, further reducing after-tax returns. The “tax” imposed by regulatory burdens must also be borne before anything goes to investors.

Personal income taxes reduce saving even more. They tax investment income again if paid out as dividends. Investment earnings can also increase tax burdens by triggering deduction and exemption phase-outs. Retained and reinvested earnings are taxed as capital gains upon sale. Even asset value increases that only reflect inflation are taxed as if they were real increases in wealth.

Other government policies also reduce savings. Medicare reduces a major reason to save, and leaves current earners, who must cover three quarters of its cost, less to save. Medicaid nursing home coverage, if assets are exhausted, reduces another motive. Unemployment benefits, along with food stamps and other programs reduce the need for “just in case” nest eggs. Estate taxes also reduce savers’ ability to pass on bequests, undermining another major savings motive.

Together, these policies deter saving so heavily that many have no appreciable savings. But fixing that result doesn’t require more government intervention to nudge us to save more; it requires that government stop undermining our incentives in all the ways it does now.

Consider also the organ donations “shortage.” It is not a market failure to be fixed by making donation automatic unless one opts out. The root cause is that government has taken away potential donors’ ownership of their own bodies. Unlike everyone else involved in the big business of transplants–doctors, nurses, hospitals, etc.–all of whom are paid, organ donors (or their heirs) are not allowed to be paid. When potential donors of valuable organs cannot be compensated, the result is a shortage, like every other government price ceiling. And the solution is not a government nudge in the opposite direction; it is to reestablish people’s rights to their own bodies by allowing markets in organs.

Health issues (diet, smoking, etc.) reflect similar government distortions. The costs of health problems arising under Medicare are not borne by those whose choices cause them as under true private insurance. All pay the same premium, regardless of weight, smoking history or other causal factors. Similarly, employer-provided group health insurance, which exists largely because it escapes income taxation, typically does not vary with such circumstances. The potential to use emergency rooms without paying, declaring bankruptcy or getting Medicaid if medical bills mount further imposes many of individuals’ health care costs on others. When government makes the cost of health problems artificially low to those making the choices, choices will be worse than we would like.

These “market failures” Nudge promises to improve are actually government failures, backed by its coercive power. And the solution is reducing the disincentives government causes, not further government intervention, however mild proponents find the additional intervention. Its supposedly gentler paternalism is incompatible with liberty, but would lead to results described long ago by Alexis de Tocqueville:

The will of man is…softened, bent, and guided…it compresses, enervates, extinguishes, and stupefies a people, till each nation is reduced to nothing better than a flock of timid and industrious animals, of which the government is the shepherd.

Nudge, and the growing number of people who apparently consider its suggestions positively, ignores how supposedly “inappropriate” private choices are actually responses to government interventions, both paternalistic and predatory (to pay for the paternalism). And when all the major examples they provide to illustrate the benefits of government nudging actually reflect the adverse effects of government policies (which the authors seem to be unaware of), it reveals that the house they have built rests on analytical quicksand.

With very few of our choices not already covered with government’s coercive fingerprints, the problem is not that we are allowed to make too many of our own choices. The problem is government, and the real solution is the opposite of what nudgers propose: expanding liberty.

This article, Misjudging Nudging, was originally published by the American Institute for Economic Research and appears here with permission. Please support their efforts.