Missed it by That Much: Where the Fed’s Digital Currency Proposal Goes Wrong 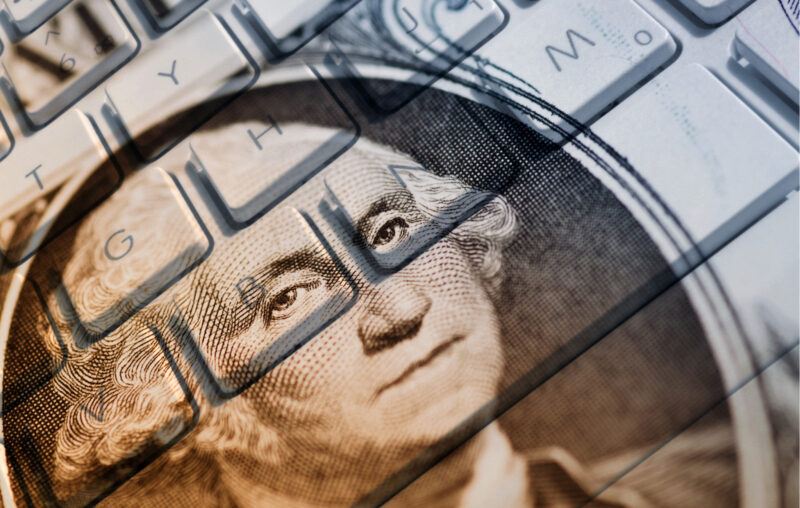 The Fed’s long-awaited report on central bank digital currencies is finally out. Although the report makes it clear that the Fed has no immediate plans to issue a digital currency, it does point to the approach the Fed would be inclined to take were it to do so.

That approach would have the Fed supply a retail digital currency to the general public indirectly, using private-sector financial intermediaries, including but not limited to commercial banks, as its agents. Those private intermediaries would then be responsible for managing customers’ central bank digital currency (CBDC) holdings and payments.

Superficially, the Fed’s preferred approach seems identical to the “synthetic” central bank digital currency (sCBDC) approach first recommended by Tobias Adrian back in 2019. In that approach, both bank and nonbank private-sector payment service providers can have accounts with their central banks and hold those central banks’ digital liabilities. Retail digital currency (“eMoney”) is supplied exclusively by these private-sector payment service providers, but is fully backed by central bank reserves that are ring-fenced from those providers’ other creditors. The result, Adrian says, is one in which the public may be said to hold and transact in central bank money “by proxy.”

Adrian refers to his sCBDC plan as “a public-private partnership.” It remains the case, nonetheless, that the central bank itself only supplies “wholesale” digital currency. Another article summarizing the sCBDC plan makes this especially clear. In a sCBDC arrangement, it says,

the central bank is not offering accounts to the general public but instead to private EMIs, who then use the sCBDC as a 100% backup for their e-money. This is an important difference between CBDC and sCBDC. … Similar to current e-money, [sCBDC] constitutes a claim against one specific e-money institute.

The alternative proposed in the Fed’s report is also a public-private digital currency arrangement, which it calls “intermediated” central bank digital currency. For parallelism’s sake, let’s call it iCBDC. Under the iCBDC plan, banks and nonbank payment service providers “would offer accounts or digital wallets to facilitate the management of CBDC holdings and payments.” However, “the CBDC itself would be a liability of the Federal Reserve.” In other words, instead of being suppliers of their own retail digital currencies,  the Fed’s private-sector partners would be acting as its agents; that is, as custodians and trustees of their clients’ holdings of its digital currency, much as several U.S. banks now hold private cryptocurrencies, including U.S. dollar stablecoins, in custody for their customers. Rather than being part of commercial banks’ on-balance-sheet assets or liabilities, CBDC held in custody would presumably be an off-balance-sheet item. Instead of transacting in CBDC money “by proxy,” users of iCBDC would transact using retail CBDC itself.

The sCBDC and iCBDC proposals seem so similar that one may wonder whether the difference between them is even worth noticing. Are they not equivalent in practice? The answer is that, while they may be equivalent in certain respects, in others they aren’t. And where they aren’t, the difference matters in a way that favors “synthetic” over “intermediated” CBDC.

The most important respect in which the two plans are alike is that both would see to it that the public’s digital currency holdings are perfectly liquid and entirely free of courterparty risk. The iCBDC would accomplish this by allowing the general public to have access to digital central bank liabilities, whereas the sCBDC would do it by granting private retail digital currency providers, including nonbanks as well as banks, access to “wholesale” CBDC, that is, to central bank settlement balances, to hold as backing for their own retail digital currencies. Even 100-percent reserve-backed sCBDC would not be quite as safe as iCBDC, however, because default by a private sCBDC issuer, though unlikely, would still be possible, with that likelihood depending on the size of the issuer’s capital buffer.

Where the two plans would differ most in practice is in the extent to which each would promote digital currency diversity and ongoing innovation.  As Adrian notes in making the case for sCBDC, that arrangement

Whereas the sCBDC plan allows for numerous, entirely distinct retail digital currencies, the Fed’s iCBDC plan provides for a single digital currency only, albeit one offered at and administered by numerous private-sector firms. The difference is like that between a monopoly franchising arrangement and a competitive one, where the Fed is the franchisor and various private-sector payment service firms are its franchisees. Like any franchising monopolist, the Fed can be expected to exercise ultimate control over the features of its product, with the aim of keeping it reasonably uniform. It might also seek to make its digital currency particularly more convenient for certain purposes, such as global payments, than for others. And it might favor having it programmed so as to serve certain special purposes, while not allowing it to be programmed in other ways. The Fed’s intermediaries would, presumably, have to comply with these and other Fed preferences. Consequently, an iCBDC is likely to be a fairly, if not fully, homogeneous digital product, instead of a set of such products with different features designed to serve the needs of different clients. The same arrangements that tend to limit product diversity in a franchisor-franchisee arrangement may also discourage ongoing innovation.

For these reasons, as true as it may be that the Fed’s preferred plan “could provide a safe foundation for private-sector innovations to meet current and future needs and demands for payment services,” I’m pretty certain that the sCBDC alternative would supply a better one. At the very least, the Fed should favor policies that would encourage the development of various sCBDC’s alongside its own iCBDC, especially by having it grant Master Accounts to both “special purpose” banks and nonbank fintechs, instead of treating iCBDC as an alternative to this approach. It is, however, far from obvious that an iCBDC would serve any purpose sCBDC’s could not serve more efficiently provided that their development is encouraged.

Another advantage of the sCBDC option is that the Fed can begin implementing it now. To do so, it only has to start granting Master Account balances to private digital currency issuers. Current law allows it to grant such accounts to any chartered depository institution, whether it has an ordinary bank charters or a “special purpose” charter. The Fed can also insist that private DC issuers maintain 100 percent Master Account backing for their digital currencies as a condition for allowing them to have such accounts. I’ve argued the case for its doing so elsewhere. (For more details see my May 24, 2021 comment letter on Fed procedures for granting Master Accounts.)

Because it isn’t legal as yet for the Federal Reserve to grant Master Accounts to nonbank payment service providers, its ability to promote sCBDC growth is correspondingly limited. I believe that the Federal Reserve Act should ultimately be amended to allow nonbank digital currency suppliers to take part in a sCBDC arrangement.

But while the present Federal Reserve Act (FRA) may limit participation in a sCBDC plan, it may rule the Fed’s own iCBDC plan out altogether. Section 13 of the FRA grants the Fed the power to receive deposits “from any of its member banks, or other depository institutions, and from the United States,” but not from private individuals. Section 16 of the Act allows the twelve Federal reserve banks to issue paper Federal Reserve notes. But no part of the FRA expressly allows the Fed to supply any sort of digital payments media directly to the general public. Furthermore, should Congressman Tom Emmer (R-MN) have his way, the Act would be amended to expressly prevent the Fed from doing so.

Although the Federal Reserve’s CBDC report makes clear that it would not consider issuing any sort of digital currency “without clear support from the executive branch and from Congress,” the report also suggests that the Fed’s proposed “intermediated” CBDC would not be prohibited by the present Federal Reserve Act, because while that Act “does not authorize direct Federal Reserve accounts for individuals,” under its proposed plan “the private sector would offer accounts or digital wallets to facilitate the management of CBDC holdings and payments.” I am no lawyer, but it seems to me very doubtful that the mere management of what is acknowledged to be a Fed CBDC, owned not by banks but by their customers, with the banks serving only as iCBDC custodians, would suffice to make iCBDC legal. At very least, its legality would rest on a very slim reed, consisting of the pettifogging distinction between the Fed’s providing “accounts” to individuals and its providing its digital liabilities to them, as if by ruling out individual Fed accounts the FRA didn’t intend to keep the Fed from allowing individuals to hold its digital liabilities.

For these reasons, I very much hope the Fed will abandon its proposed “intermediated” CBDC solution in favor of a “synthetic” CBDC alternative; and I hope others will join me in urging it to do so.

This article, Missed it by That Much: Where the Fed’s Digital Currency Proposal Goes Wrong, was originally published by the American Institute for Economic Research and appears here with permission. Please support their efforts.