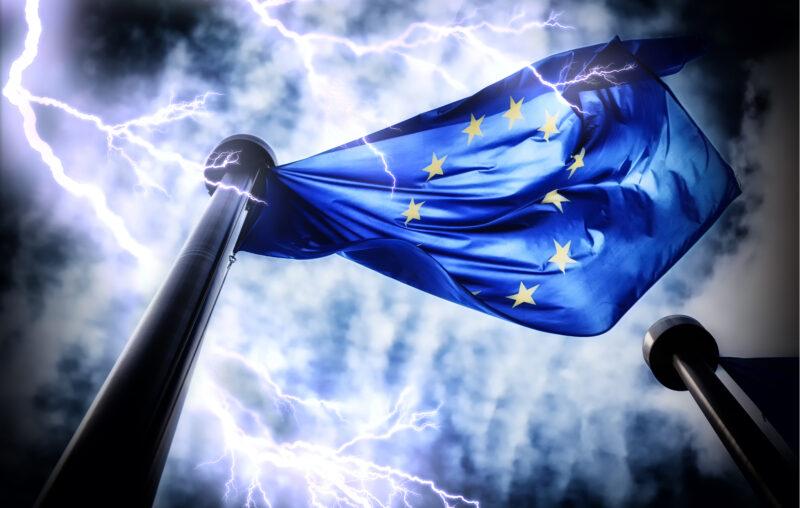 While the US Federal Reserve is making significant efforts to prevent the money market rate from falling below zero with the help of so-called reverse repurchase agreements, negative interest rates are appearing in a number of the euro area’s financial markets. Why is this happening? And what does it mean for wealth and prosperity in the euro area?

The starting point was marked by the interest rate charged by the European Central Bank on commercial banks’ deposits on their accounts with the ECB, the so-called deposit facility rate. Since the outbreak of the European financial and debt crisis, the ECB engaged in extensive purchases of government and corporate bonds, which inflated the commercial banks’ deposits with the ECB. The deposits of the commercial banks with the ECB by far exceed the minimum reserve requirements and keep rising. In June 2014, the interest rate on the ECB’s deposit facility, which serves as an interest rate floor, was set for the first time in negative territory at -0.1% and was reduced to -0.5% since then (Figure 1).

The interest rate on the European interbank market (EONIA) closely follows the deposit facility rate, and therefore has also turned negative (Figure 1). The interbank rate is charged when banks lend to each other over short periods of time to offset liquidity shortages or surpluses. In the past, interest had to be paid on such short-term loans. Now, because the ECB has flooded commercial banks with liquidity through its extensive asset purchase programs, and interest has to be paid for holding reserves at the ECB, commercial banks are only willing to accept liquidity from other banks in return for compensation.

Finally, the ECB introduced a negative interest rate on the so-called Targeted Longer-Term Refinancing Operations (TLTROs) (Schnabl and Sonnenberg 2020). Until 2015, commercial banks still had to pay interest for refinancing at the ECB (Figure 2). Yet since then, the interest rate on TLTRO-II and TLTRO-III loans is negative, currently between -0.5% to -1%. This implies that banks have an incentive to extend more loans to enterprises, thereby reducing their financing costs.

The upshot is that the ECB has turned the euro area capital market upside down. In the old world, the Deutsche Bundesbank and other European central banks set the key interest rate in positive territory. Commercial banks financed investment projects that generated a higher return than their positive lending rates. Alternatively, commercial banks held government bonds on which they received a positive interest rate. The resulting interest surpluses allowed banks to cover their costs and pay interest to savers on their deposits. The returns generated by enterprises via investment were thus divided between entrepreneurs, banks and households (savers).

Figure 3: Monthly Income and Expenses of the Eurosystem Due to Negative Interest Rates

In the ECB’s brave new credit world, the ECB sets interest rates on deposits in negative territory, while companies receive a (kind of) subsidy for their investments. However, as resources are scarce and expected returns on investment are now only of limited concern for lending, there must be alternative criteria for credit allocation. The European Commission is already working on plans to channel savings in the EU into green investments (European Commission 2021a), based on the climate-friendly classification of individual investment projects (taxonomy) (European Commission 2021b). The ECB strongly signals support for greening the financial sector (Lagarde 2021). Initial ECB climate stress tests of banks indicate that different loans could be assigned different “support” by the ECB depending on the “climate classification.”

This means not only much more power for the ECB, but also drastic welfare losses. If the allocation of capital is no longer based on the criterion of economic efficiency, but on the assessment of bureaucrats on climate friendliness, this corresponds to a system change from a market economy to a (green) planned economy. The consequence might be a large misallocation of funds and waste of resources. The associated loss of wealth is likely to be reflected in negative real growth rates as well as declining real wages. The widely negative real interest rates, which have already been a reality in some segments of the European capital markets, might foreshadow this loss of welfare for the European people.

This article, Negative Interest Rates and the ECB’s Brave New Credit World, was originally published by the American Institute for Economic Research and appears here with permission. Please support their efforts.

“Worst Start Since 1788”: A Closer Look At The Catastrophic First Half Performance