Not So Fast on the Fast Act 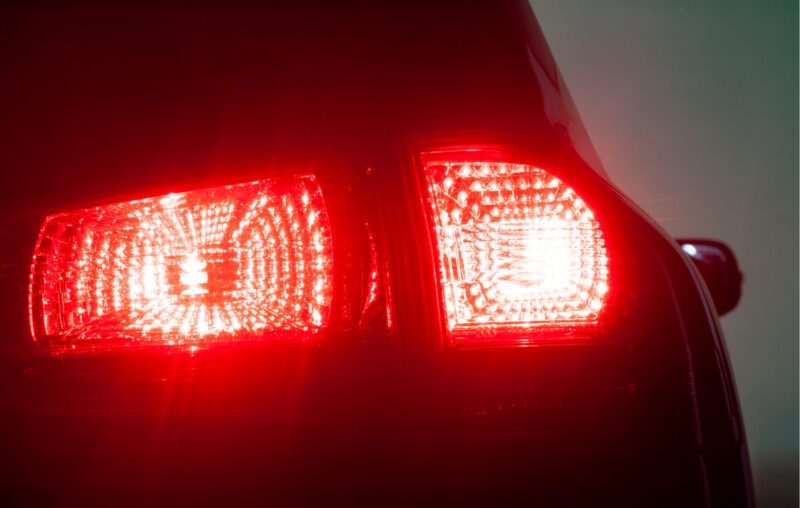 As described by Jackie Botts and Jesse Bedayn, “California is considering a radical proposal: Allow the state to negotiate wages, hours and work conditions for an entire industry.” They are describing the “union-backed Democratic proposal,” called the Fast Food Accountability and Standards Recovery Act (or FAST Recovery Act), as if it would lead to faster economic recovery, when “Furthering A Stagnation Template” might be a better name.

It is a reboot of last year’s AB 257, which didn’t make it through the Assembly. That was a notable failure given Democrats’ dominance of state politics, and union dominance of the Democrat agenda (illustrated by its author, Lorena Gonzales’ recently resignation from the Assembly to head the California Labor Federation). And it is notable that while it fell only three votes short of passage in the Assembly, 8 Democrats voted no and 13 did not vote, because it reveals that even a substantial number of Democrats have serious reservations about how it would affect their constituents.

FAST would create a state-appointed council (as well as local councils) to set minimum standards for employment in the fast food industry and extend responsibility for compliance to franchisors rather than just franchisees, that being one of unions’ wish-list items to give them leverage to force unionization on the industry. It would apply to fast food restaurants in chains with at least 30 franchisees.

Despite Democrats and unions’ boilerplate language about the bill’s being a pro-worker means of addressing inequality by raising wages and improving working conditions, their claims are more than suspect. Consider just a few of the reasons for why.

First of all, ask “What has California’s government done well enough at anything in recent memory to make us want to turn a whole sector of the economy over to them?” Not only has the state earned a notorious reputation for high taxes and costly regulations combined with unsatisfactory results, it has been an utter failure at protecting Californians’ from assault on their property from crime, which is the state’s primary function. That is far too weak a resume for being given such power.

Second, remember that California politics is essentially owned by unions. They are the only reason the state imposes Project Labor Agreements, which saddle citizens with higher costs to transfer wealth to unions. They are the reason for Davis-Bacon Act restrictions at the federal level and similar ones at the state level that also exist to create union benefits by restricting everyone else. They are the real reason for restrictions on the ride-share industry. They are the primary impetus for protectionist legislation that harms most Americans. It appears that the only real argument for the FAST takeover is that despite a host of special privileges and unique advantages, unions have not been able to unionize many fast food workers.

Here it is important to recognize that the most essential efforts of unions—trying to raise compensation for their members—harm the vast majority of Americans in both their roles as workers and consumers. Unions artificially force up the cost of hiring their workers, which reduces the number of such jobs offered by employers, reflecting the reduced amount of output consumers will buy at the higher costs and prices that result. Not only do the higher costs that result harm people in their role as consumers, but the reduced number of such jobs available displaces workers into unemployment or into competition with others for non-union jobs, which pushes the wages of everyone in those sectors below what they would have otherwise been. An institution that hurts most workers now, while claiming the opposite, cannot be trusted to advance the interests of workers when given far more power.

Third, we should understand just how substantial the special privileges and advantages of unions already are. They range from strike powers to exemptions from antitrust laws (Unions leverage special government-granted powers allowing current workers to prevent competition from others willing to do the same work for less, a form of collusion that would be legally prosecuted if done by any business) to exemptions from liability for member violence (due to the Enmons ruling).

The Protecting the Right to Organize (PRO) Act, a major Biden administration initiative to do unions’ bidding, would provide even more unique advantages. Eric Boehm described it as a “veritable grab bag of policies that labor unions have been pushing Congress to pass for years.”

It would repeal right to work laws, protecting workers from being forced to join a union or paying involuntarily union dues. It would require employers to provide private employee information (e.g., cell phone numbers, email addresses, and work schedules) to union organizers, violating the associational rights of those who don’t want to be approached or hectored by unions. It would allow unions to initiate snap elections in non-union workplaces more rapidly, limiting opponents’ ability to present opposing positions. It would codify “card check” elections, eliminating the protections against coercion provided by a secret ballot. It would let the NLRB invalidate a vote against unionization for anything it decides represents “employer interference.” It would require contractors and franchisees to bargain with unions, outlaw employment arbitration clauses, authorize “secondary boycotts” by unions against companies maintaining a business relationship with a target company, and more.

Fourth, we should carefully consider unions’ claims about freedom of association, because that is where the gap between the promised effects of those extraordinary union powers and privileges on workers and reality is perhaps most strikingly illustrated.

Unions trumpet freedom of association as their primary justification for existence. As Brenda Smith of the AFT once said, “a union…allows [workers] to amplify their voice through collective action under our constitutionally protected right to freedom of association.” But they deprive many Americans of their associational freedoms. As the Supreme Court found in the Janus case, unions already inflict a “significant impingement on associational freedoms that would not be tolerated in other contexts.”

Unions even violate the most basic freedom of association of their own members. As James Sherk has documented, not a single current worker in many unions ever voted to select that union, and vanishingly few current workers voted for them in other instances.

That is because once a majority of the workers for an employer at a given time votes to certify a particular union, it becomes the monopoly negotiator for all its workers. No further elections need ever be held and attempts to force them are strewn with roadblocks.

In all these ways, freedom of association exists as a special privilege for unions, but is denied to others.

Fifth, we must ask why FAST would only apply to companies with thirty or more franchisees. That makes sense if the goal is to impose extra burdens on franchisors and to shake down large corporate franchisors to force them into unionizing. But it does not if there is concern about how food workers are to be treated. Shouldn’t we also be concerned about fast food establishments with fewer than 30 franchisees? Shouldn’t we also be focused on restaurants that do not serve fast food, if we are concerned with workers in the food industry generally? And even when unions play up their claims to be doing things to help reduce inequality, they ignore that not only are such franchises the ground floor for many, but as Matt Haller notes, more than “60 percent of California restaurants are owned by people of color” (which helps explain why more than 40 local and minority chambers of commerce oppose FAST). Further, we must ask: “What will FAST councils do to help reduce inequality for those fast food workers who will lose their jobs or hours of work as a result?

Sixth, we must also remember that when unions own the legislature in California, union backers will also dominate the state and local FAST commissions. Much like government unions whose influence on governments is so large, it will basically be unions negotiating with themselves over what they want to impose on everyone, not an unbiased government body solving problems. It would give unions the right to dictate to the entire fast food industry. When has such a self-serving opportunity been used to benefit others’ well-being, rather than those given more dictatorial power at others’ expense?

Seventh, it is also instructive to note that employees are not now empowered to demand the multi-employer bargaining which FAST would impose. That is, it would just be an end run around already heavily pro-union biased labor laws to give unions even more power. Unions liken their desired power expansion to sectoral bargaining (joint determination of employment terms for all employers in an industry) in Europe, as if that proves it is a good idea. But such bargaining raises unemployment rates, because unions can force wages up more—increasing costs to buyers more–when others in the industry are forced to bear the same higher costs than when rivals are free to compete.

There are a host of reasons for rejecting FAST, not the least of which is that union policies harm the vast majority of American workers, and FAST, along with other pro-union legislation, would expand the damage. It would whittle fast food workers’ freedom of association, which Jefferson called “the guarantee to every one of a free exercise of his industry and the fruits acquired by it,” down to the freedom to follow government dictation. And the fact that so many workers in the industry have been unwilling to voluntarily “buy” the union agenda for themselves is not a reason for giving unions more power, but is reason to question their claims that they will improve workers’ lives. In other words, not so fast with the FAST Act.

This article, Not So Fast on the Fast Act, was originally published by the American Institute for Economic Research and appears here with permission. Please support their efforts.

Bill Gates Explains Why He Doesn’t Own Any Cryptocurrency