Not so Modern Monetary Theory 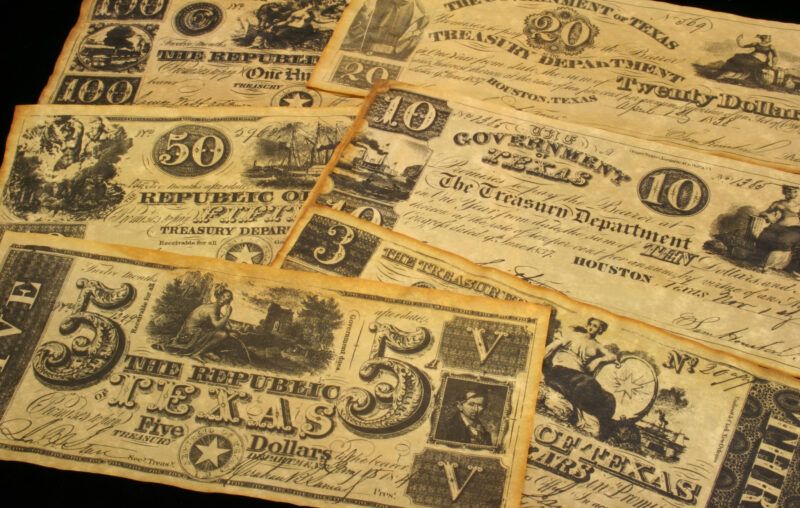 What is valid about Modern Monetary Theory isn’t modern, and what is different about it is, and has always been, whack.

Modern Monetary Theory is a heterodox theory arguing that the deficit is a shibboleth. With fiat money, there should be no fear of deficit spending. If the economy is underperforming, just have the government spend more. Following the Financial Crisis of 2008, Paul Krugman bemoaned that the world wasn’t being invaded by space aliens because such a threat would induce massive, huge, ginormous spending, and that spending would solve all our economic problems.

Last year, with the deficits associated with the Pandemic and the government-ordered shut-down, the Amazing Joe Biden said, “There’s nobody suggesting there’s unchecked inflation on the way, no serious economist.” This year, inflation is surging.

Modern Monetary Theory supposes that money has no intrinsic value, but is essentially an unbacked or fiat currency. Accordingly, government spending isn’t constrained by tax revenue or even by the ability of the government to borrow. The government has only to print up whatever amount of money is needed for spending. Those who insist on balancing the budget are obsessing over something that is no longer relevant. They aren’t “modern.” Or, as Amazing Joe put it, they aren’t “serious.”

If deficits don’t matter, what then is the purpose of taxes?

Aside from redistributing wealth, MMTers say the purpose of taxes is to control inflation. If inflation were to break out – definitely not because the government is deficit spending and printing new money! – then the government can tidy up that little problem by removing some of the money sluicing around in the economy by raising taxes.

Wait, you may be saying, doesn’t this use of taxation to fight inflation effectively bring us back to mainstream economics?

What is valid about the connection of fiat money and taxation was discussed by Adam Smith and incorporated by the British Parliament into the Currency Acts of 1751 and 1764.

The Currency Act of 1751 pertained to the New England colonies (only). It normally limited the issue of (non-interest bearing) “bills of credit” (i.e., fiat currency) to the “current service” of government. While having no intrinsic value, these bills circulated as money (even though not enjoying legal tender status) because they could be used to discharge taxes coming due in the near term. The Currency Act of 1764 essentially extended the same terms to the other colonies of British North America.

Adam Smith, in The Wealth of Nations examined the experience of tax-backed fiat currency in British North America, and said that if the quantity of paper money was kept below the amount payable in taxes, and if it were otherwise convenient as a medium of exchange, that paper money would circulate at its face value. However, he said the quantity of paper money “was in all the colonies very much above what could be employed in this manner.” The latter statement was something of an overgeneralization. The colonies abused the power to issue paper money to various extents. Not all of them “very much” abused this power.

Two additional episodes involving tax-backed fiat currency come from Texas during the mid-19th Century. When Texas gained its independence from Mexico in 1836, it had no significant tax. The first President of the Republic of Texas, Sam Houston, estimated the demand for a national medium of exchange to be $800,000, and thought that this demand could be partially satisfied with a limited issue of tax-backed currency, in conjunction with enacting a tariff and restraining spending so as to quickly bring the budget into balance.

His successor, Mirabeau Lamar, was something of an MMTer before there was such a thing. Lamar had great ambitions for Texas, along with the requisite spending plans. And, where was the money to come from? Through the issue of millions of dollars of Texas Treasury notes characterized as “Red Backs.” Needless to say (to mainstream economists), the Red Backs fell to pennies of a U.S. Dollar per Texas Dollar.

Later in the 19th Century, there was yet another test of the tax-backing of money. This test involved silver money, either in the form of coins or in the form of (paper) silver certificates. As the value of silver fell relative to gold during the late 19th Century, the United States found itself in a quandary. Either continue to issue silver currency and be forced off gold and onto a devalued silver standard, or limit the issue of silver currency.

This matter came to a head in 1893, when President Grover Cleveland, the last of the hard money Democrats, called an extraordinary session of Congress to repeal the law mandating the issue of a certain amount of silver currency and, thus, commit the U.S. foursquare to gold.

Time and time again in the history of this country, the ability of taxes to support an unbacked or insufficiently-backed currency has been tested. Every time the answer has been clear: The acceptability of a currency for the payment of taxes can support the value of such a currency; but, this ability is limited. If the issue of an unbacked or insufficiently-backed currency exceeds the amount needed to pay the tax, and even exceeds the amount in demand as a medium of exchange, the value of that currency will fall (or, there will be inflation).

You might think that somebody as old as Amazing Joe would know this history. Yet, if this history wasn’t written down by a student sitting next to him during a test, it’s not clear he would ever have learned it.

This article, Not so Modern Monetary Theory, was originally published by the American Institute for Economic Research and appears here with permission. Please support their efforts.