Now The Mainstream Media Is Telling Us That “More Trouble Is Ahead” For the U.S. Economy 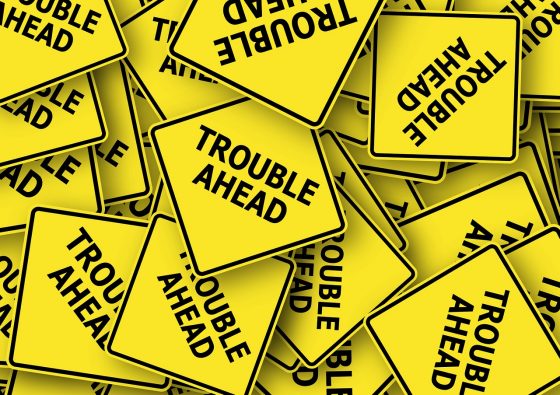 The last couple of years have not been pleasant, and so nobody wants to hear that more trouble is ahead for the U.S. economy.  Unfortunately, that is precisely what the mainstream media is telling us right now.  A year ago, so many of the talking heads on television were assuring us that a new golden era of prosperity was right around the corner, but of course that wasn’t true at all.  The dismal performance of the economy has been mirrored by Joe Biden’s rapidly declining approval numbers, and at this point there is a tremendous amount of pessimism about the remainder of 2022.

But is that pessimism warranted?

CNN just interviewed the CEO of Maersk about the horrific supply chain crisis that is gumming up the entire global economy, and the news wasn’t good.

In fact, we are being told that “more trouble is ahead”…

Maersk has a front-row seat to global supply chains. It says more trouble is ahead.

Needless to say, the CEO of Maersk is in a position to understand the current state of global supply chains far better than you or I do.

This is a world that he is immersed in every single day, and right now he sees “nothing in the numbers” that indicates that things are going to turn around any time soon…

The supply chain issues that have walloped the global economy and spurred inflation during the coronavirus pandemic are not getting much better, Maersk CEO Søren Skou told CNN Business on Wednesday.

“Right now the situation does not appear to be getting significantly better,” Skou told Alison Kosik on First Move. “I wish I could say that things are getting better, but right now there’s nothing in the numbers to suggest so.”

Buying a burrito bowl or a burger will hit your wallet a lot harder these days.

What’s happening: An order at Chipotle (CMG) costs about 10% more than it did one year ago, the restaurant chain said when reporting earnings on Tuesday. That means that if a steak burrito cost $8 this time in 2021, it’s now $8.80.

Of course it isn’t just the price of fast food that is going up dramatically.

According to a brand new survey that was just released, the percentage of small business owners in America that is raising prices is the highest that it has been since 1974…

The National Federation of Independent Businesses, a Tennessee-based association of small business owners, found that the net percent of owners raising average selling prices rose to 61% in January, a four-point increase from the previous month and the highest reading since the fourth quarter of 1974.

I must admit that the economy in 2022 is the weirdest economy that I have ever seen in my entire lifetime.  For example, even though we are facing a severe labor shortage, the number of homeless people continues to explode higher as well.

In the San Francisco area, the number of homeless is growing so rapidly that many private homeowners are now being encouraged “to give their spare rooms over to the homeless” to help fight the problem…

Homelessness in the Bay Area has become such a problem people are being urged to give their spare rooms over to the homeless.

Some charities have urged local families – who are sick of seeing the homeless crisis on their doorsteps – to do something about it personally by taking unhoused people into their own homes and spare rooms – and some schemes have little to no compensation.

Sadly, most of the homeless in California are drug addicts, so it isn’t exactly safe to have them bunking with your children.

Of course most Americans are addicts of one form or another at this point.  Instead of focusing on what we can contribute to society, most of us have been trained to consume, consume and then consume some more.  I really like how Charles Hugh Smith made this point in his most recent article…

One aspect nobody seems to notice is the transformation from a society that once drew its identity from producing quality goods and services to a society that draws its identity from consuming crapified goods and services. Now that Americans define themselves by consuming, they are enslaved to consumption: to limit consumption is to disappear–and ‘spending time” on social media is a form of consumption, even if no goods or services are purchased directly, as one’s attention / time are valuable commodities.

In other words, Americans have been trained like Pavlov’s dogs to consume, no matter how poor the quality and service. We just buy it anyway, and grumble over the decaying quality and service–but we won’t take the only action that would impact corporations and the government: stop buying the products and services. Opt out, drop out, make it at home, cancel the service, just stop buying abysmally made junk and pathetically poor services.

Most of us don’t even realize that we are just cogs in the machine.

When we aren’t working or shopping, many of us are plugged in to some form of entertainment that is filled with ads encouraging us to “consume” even more.

The more we consume, the deeper we go into debt.

And once we get really deep into debt they know that they have got us trapped in the system indefinitely.

The only people that win in this twisted game are those at the very top of the pyramid.  They milk us for everything that we have got, and then they laugh all the way to the bank.

Just consider how much cash Pfizer is raking in.  This year, it is expected that Pfizer will have a whopping 54 billion dollars in revenue from selling COVID vaccines and pills…

Pfizer projects it will generate record-high revenue in 2022, saying Tuesday it expects to sell $32 billion of its Covid-19 shots and $22 billion of its antiviral coronavirus treatment pill Paxlovid this year.

That is one big pile of money.

Our system is so corrupt, but most Americans don’t seem to care.

Most Americans are just going to keep “consuming” and “consuming” until the whole system finally collapses all around them.

Unfortunately, the U.S. economy has already started to implode, and many believe that 2022 is going to greatly accelerate that process.