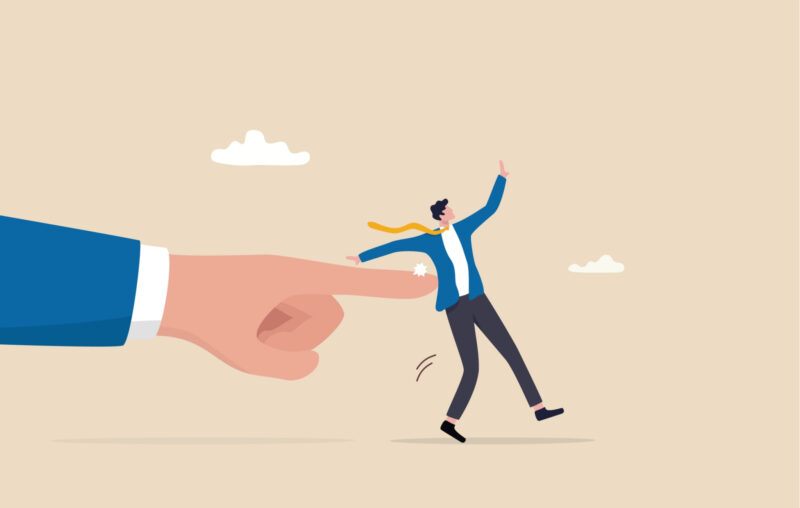 In Escaping Paternalism, economists Mario J. Rizzo and Glen Whitman consume mass quantities of behavioral economics, digest it, and then excrete it, revealing its essence. I am ashamed to say that I once believed that some policy “nudges,” like changing defaults on pension contributions, were acceptable policy interventions. This book, combined with the crazy policy environment of the last two years, has convinced me that all paternalistic policies, including nudges, have to go, and the sooner the better.

The most brilliant chapter in Escaping is Chapter 8, which turns behavioral economics on itself after unleashing utter carnage upon behaviorists’ assumptions and studies in the first seven chapters. It essentially asks how, if behavioral economists are correct that most individuals suffer from sundry irrationalities, people, including the behavioral economists themselves, can expect paternalistic policymakers to affect positive change. In udder words, if’n we all b so stoopid, how can sum of us keep duh rest of us from misbehavin’ or doing dum stuff?

After all, as Rizzo and Whitman point out, behaviorists believe that individuals tend to suffer from a broad swath of biases, some of which work together to trick people into believing the most ridiculous things. Confirmation bias, the tendency to look for information that confirms prior beliefs, often combines with salience, or the mere prevalence of some idea or fact, to make mountains out of molehills.

For example, a policymaker who receives 700 “likes” on a social media post is apt to consider that a groundswell of popular support for her policy even though the platform makes it much more costly to express disfavor. The policymaker might even equate “likes” with traditional letters of support, though the latter imposes much higher costs on senders. “I’m right and this proves it” is a much more likely response to 700 “likes” than “Well some people (or at least bots) purport to like this policy but that is only a small percentage of the people who saw my post and an infinitesimal percentage of the people affected, so clearly more information gathering is warranted.”

Similarly, the “affect heuristic” reflects the human tendency to rely on subjective feelings when assessing policy options. It is closely related to the intentions heuristic, which induces people to focus on other’s intent rather than the outcomes of their actions. Although good intentions are more likely to lead to positive outcomes than bad intentions are, the bias means that people tend to overlook or downplay costs, including negative unintended consequences, if good intentions seem to be involved. So every policy is touted as helping widows and orphans or democracy, even those that hurt those same people or ideals.

Policymakers often rely on so-called prototypes or stylized facts to help guide policy decisions even if circumstances have changed. The general belief that war reparations against Germany following the Great War led to the rise of Hitler and World War II, for example, means that policymakers consider all war reparations bad. Energy reparations against Russia for its invasion of Ukraine, however, could help to rebuild Ukraine and improve the economy and governance of Russia by reducing the “curse of oil,” the tendency of oil and other energy reserves to fund authoritarian governments and the growth-squelching regulations and rent extraction policies such regimes usually favor.

Another cognitive bias identified by behavioral economists is overconfidence, or individuals’ penchant for overestimating the accuracy of their abilities, knowledge, and competence. Policymakers, as human beings, tend to overestimate their own competence in policy matters. But Rizzo and Whitman show that overconfidence is even more pronounced in the public sphere. “As difficult as it may be to understand oneself,” they note, “understanding a whole society constitutes an even greater challenge.”

The authors do not explicitly relate that insight to COVID policies, but the implications are clear.

Overconfident policymakers “tend to assume that their information is better and more reliable than it is (a phenomenon called overprecision), and that their ability to craft effective policies is greater than it is (a phenomenon called overestimation).” Ergo, policymakers are apt to overreact to shocks and “to support policies even when their costs exceed their benefits.” From this perspective, the imposition of lockdowns and other COVID mandates becomes more understandable, though still completely unjustifiable on rational grounds.

Tellingly, the more complex the situation, the more overconfident policymakers become. Instead of allowing markets or other selection mechanisms to ameliorate problems, policymakers think they understand problems with “far greater detail, coherence, and depth than they really do,” which gives them the confidence – the hamartia of hubris – to intercede. Many policymakers become overconfident by channeling simple intuitive theories, like the one that led them to believe, without empirical evidence, that masks, plastic shields, and keeping people from being near other people would block viral transmission. Or intuitions that wage floors and interest rate ceilings must help the poor by raising their wages and capping their borrowing costs.

The results, as with COVID nonpharmaceutical interventions, minimum wage laws, and usury strictures, are often disastrous. Instead of addressing root causes, most people blame policy failures on individual policymakers, the policies themselves, or malevolent external forces. So we scapegoat Putin, Russian disinformation, domestic terrorists, greedy corporations and the like instead of laying blame on the actual agents of the costly chaos currently enveloping civil society.

The real culprit is runaway government power. Policymakers do not suffer personally from their bad calls, and often profit from them (Remember that New York governor who received millions for a book explaining how killing nursing home residents was a good policy? What was his name again? You better know if you live in New York because he is threatening to run for governor again this year!). So, unlike individuals, policymakers have no particular reason to learn from their mistakes or to otherwise check the irrational parts of their brains.

Rizzo and Whitman also note that to the extent that behavioral economists are correct, the slippery slope, the penchant for policies to puff up due to presumed precedent, grows ever steeper and more slippery. That raises the specter of the masses being nudged, if not to death, then into mere puppets, the playthings of puppeteers more power hungry, but no smarter, than those they control.

Most Americans want their governments to protect their lives, liberties, and properties from bad Americans and foreign threats, but also from their own governments. Americans don’t want bureaucrats, as flawed in the head as anyone else, to try to protect them from themselves. Heal thyself, O regulators! Get back to us when you no longer suffer from debilitating cognitive biases yourselves.

This article, Nudge Off, Paternalists!, was originally published by the American Institute for Economic Research and appears here with permission. Please support their efforts.