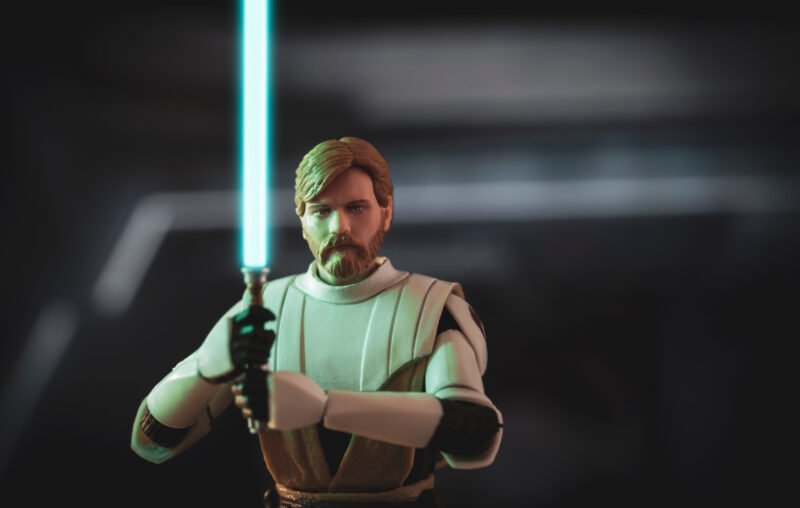 Can Star Wars be an intergalactic gateway to better understand public choice theory? Obi-Wan Kenobi, who will soon have his own series, is not only one of the universe’s greatest Jedi masters and a master rhetorician, but he is also an important teacher of political economy.

In protecting Senator Padmé Amidala from the threat of assasination in Attack of the Clones, Anakin Skywalker and Obi-Wan discuss security plans, Anakin’s despair over his mother, and Anakin’s growing affections for Amidala. In counseling Anakin about Amidala, Obi Wan reminds Anakin that Amidala is a politician. Obi-Wan states, “…don’t forget she’s a politician, and they’re not to be trusted.”

Attack of the Clones (2002) is overtly political, as Anne Lancashire notes—and as Cass Sunstein notes for the entire saga—but Obi-Wan’s commentary moves into public choice economics. For additional context, Lancashire states that,

…the film also deliberately raises and comments on a number of contemporary (and timeless) political issues, and most notably provides a scathing indictment of the toxic combination of greed and political ambition that—with extraordinary timing, given the film’s production start three years ago—has brought America, over the past year or so, the corporate scandals of all of Enron, Arthur Andersen, Tyco, WorldCom, and more, and the economic and political debate surrounding all of the last American presidential election (fair or manoeuvred?), the President’s and other authorities’ response to corporate misconduct (protecting citizens or protecting companies?), and the ongoing war on terrorism (necessary or politically-motivated?)

Obi-Wan’s comments aren’t nihilistic, and they don’t indicate that we shouldn’t have politicians. He is referencing the position politicians play in the relevant governmental system of Star Wars, i.e., the Galactic Senate. Given the incentives politicians face in the republic to finance campaigns and win reelection, any person—from any species—who inhabits that position faces those incentives. Such incentives tend to counter other goals, even if those goals are to improve the public galactic interest.

Responding to Obi-Wan’s caution, Anakin portrays a romanticism for politicians, as well as his feelings for Amidala. Anakin states, “She’s not like the others in the Senate…” This response is familiar in that it is a conceit—a fanciful notion—shared by many who believe in the infallibility of politicians, elected officials, and states, or at least those who grant those actors the benefit of the doubt.

Obi-Wan deftly dismisses Anakin’s retort and develops his warning: “It is my experience that senators focus only on pleasing those who fund their campaigns.” Obi-Wan urges Anakin to focus on incentives, not particular persons or their motives. This is Anakin’s mistake. Obi-Wan doesn’t ascribe evil or pernicious motives to political actors, doing so would mistake the essential logic of public choice. Regardless of one’s motives—whether people are angels or knaves, jedi or sith—incentives take precedence in explaining their behavior. It doesn’t matter if we are talking about Amidala, Master Yoda, Shmi Skywalker, Jar Jar Binx, Darth Vader, or Emperor Palpatine; incentives influence behavior whether actors are in markets or in political settings. This is the essence of public choice economics, or politics without romance.

Obi-Wan continues: “And they are no means scared of forgetting the niceties of democracy in order to get those funds.” Senators might very much appreciate democracy, but they face incentives to disregard those values and, perhaps, distort them. With an air of adolescent frustration, Anakin dismisses Obi-Wan’s argument entirely, saying “Not another lecture, at least not on the economics of politics.”

Later in this scene, Anakin states, “…and besides you’re generalizing, the chancellor doesn’t appear to be corrupt.” Obi-Wan defends his public choice logic and replies, “Palpatine is a politician, I have observed that he is very clever in observing the passions and prejudices of the senators.” That is, Palpatine is using others not for the benefit of the republic, but for his own ends. Moments before they save Amidala from poisonous centipedes, however, Anakin fully displays his romanticism when he states, “I think [Palpatine] is a good man.”

Such motivations are beside Obi-Wan’s point and beside the logic of public choice. People respond to incentives, even senators and Chancellors in the Galactic Senate. Perhaps if Anakin had listened, he could have rebuffed Palpatine’s advances and realized his connection to the dark side.

Public Choice for all Galaxies

Public choice logic remains relevant in the real world, even for our more pressing political controversies.

Whatever politicians do—whether it is spending scarce tax dollars on infrastructure or conflict in Ukraine, inflating currencies, imposing regulations and tariffs on baby formula or Covid-19 tests, or extending school closures—they are responding to the incentives they face. Such behaviors are not necessarily about being republican or democratic—there isn’t a light v. dark side in the real world—nor are they about particular people in office. They are, however, about people making choices in response to the incentives they face, namely to attract votes, campaign financing, prestige, a larger staff, etc.

Perhaps we should pay more attention to Obi-Wan, his public choice logic, and the larger political economy issues the Star Wars franchise ingeniously portrays. We might develop a healthy distrust of politicians, chancellors, and the “good” men and women we elect, and we might pay more attention to the rules—or the lack of rule—politicians face to limit perceived abuses.

This article, Obi-Wan Kenobi, Public Choice Economist, was originally published by the American Institute for Economic Research and appears here with permission. Please support their efforts.