On Securing Sources of Supplies: Should Government Repatriate ‘Supply Chains?’ 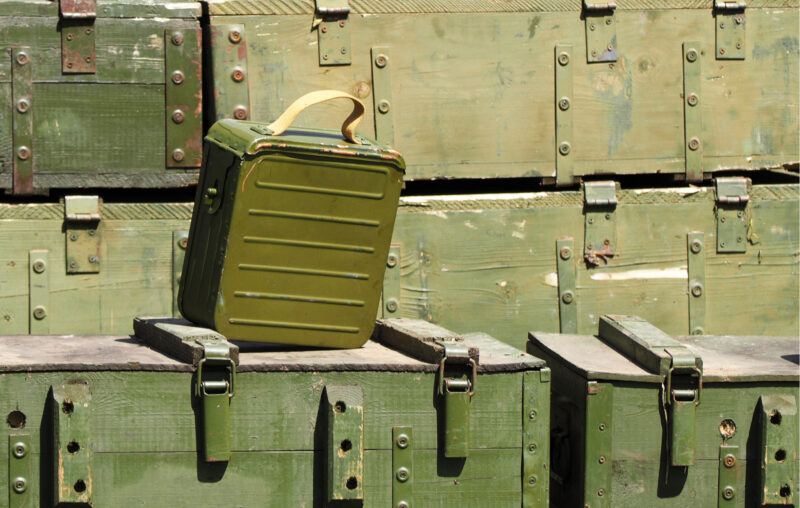 Since early 2020, the global economy has been severely disrupted. COVID itself, COVID lockdowns, protests against COVID lockdowns, and most recently Vladimir Putin’s vile invasion of Ukraine have all obstructed flows of supplies throughout the global economy. Because we Americans are major participants in this economy, we of course have suffered several ill consequences from disruptions in the global supply web. (The familiar term “supply chains” is highly inaccurate. The global economy is much more akin to a vast web than to a series of chains.)

A common response to these supply disruptions is to demand that government solve the problem by arranging for increased production domestically of those supplies that we now have trouble importing. This ‘solution’ seems so simple! If we Americans produce here on our own shores those items that we now have difficulty acquiring from foreigners, we’ll not experience such difficulties when future pandemics and shooting wars erupt. Q.E.D.

Alas, as is true of far too much economic-policy advice, what seems simple is, in reality, simply wrong.

We import the particular goods that we import, and in the quantities that we do, for a good reason: The costs we incur to acquire these goods from abroad are lower than are the costs we’d incur were we instead to produce these goods domestically. And so were we to produce these goods domestically, our costs of acquiring them would be greater. In turn, because our costs of acquiring these goods would be greater, we’d have to get by using fewer of these goods. But this ill-consequence isn’t all that we’d suffer. Because we can’t produce more of these goods at home without diverting resources from our production of other goods and services, we’d also suffer diminished access to other goods and services.

When people call on government to arrange for us to produce domestically more face masks, more medicines, more ventilators, more steel, more of these ‘critical’ inputs, and more of those ‘essential’ items, many of these people seem simply to be unaware that successful fulfillment of their aspiration requires that we sacrifice relatively large amounts of other goods and services. But even those people who are aware that this cost is inescapable speak and write with strange, blind faith that the benefits that we’d achieve through the successful fulfillment of their aspiration would be worth the costs.

In reality, however, the benefits – while often real – are very likely to be less than the costs.

The chief reason the benefits of forced repatriation of ‘supply chains’ (as the practice is sometimes called) are likely to be swamped by the costs is that private firms already have powerful incentives to ensure that they are optimally secured against supply disruptions. Any government intervention would then upset these optimal private arrangements.

Consider, for example, an automobile producer. The managers of this firm are aware that, as compared to having several suppliers, relying upon only one supplier of steel or one supplier of microchips puts that company at higher risk of one day finding itself without key inputs. Further, these managers have sharp incentives to correctly detect the level of this risk, as well as to accurately assess the consequences that will arise were their firm’s supplies actually to be disrupted. So these managers will, of course, consider diversifying the firm’s sources of supply. Whether or not they do so – and, if so, the extent to which they pursue such diversification of the firm’s sources of supply – depends upon the cost of diversification. And the cost of diversifying sources of supply depends, in turn, heavily upon the differences in prices that the firm must pay to different suppliers.

If sheet metal can be bought from the Smith Steel Co. at $500 per ton, and sheet metal of the same quality from Jones Steel Inc. at $510 per ton, the automobile producer might well determine that buying some significant portion of its sheet metal from Jones is worthwhile despite the higher price of Jones’s product. But the greater the difference in the higher price charged by Jones compared to the lower price charged by Smith, the more reluctant will the automaker be to buy sheet metal from Jones. The price difference can be so large that the automaker chooses to take the risk of acquiring its sheet-metal supplies from a single source.

Suppose this price difference is indeed so large that the automaker voluntarily incurs the risk of buying all of its sheet metal from Jones. Further, suppose that one day a fire destroys most of Jones’s production capacity. Are we to conclude – as we watch the automaker indefinitely shut down its production, or frantically scramble to purchase sheet metal from other firms at much higher prices on spot markets – that the automaker was unwise to rely exclusively on Jones for all of its sheet-metal supplies? No. When the automaker decided to rely exclusively upon Jones it determined that the much lower prices charged by Jones compensated it for the risk of relying upon one source of sheet-metal supplies.

But even if the amount of money the automaker saved by relying exclusively on Jones for sheet metal is less than the cost it incurs when confronted with a cut-off of supplies from Jones, the automaker’s earlier decision likely should still be assessed to have been correct. The fact that the automaker now suffers unfortunate consequences because it suddenly finds itself unable to get supplies from Jones no more proves that the automaker was unwise to rely exclusively on Jones than does the fact that an insurance company must pay hundreds of thousands of dollars to compensate customers for fire damage prove that the insurance company was unwise to sell fire insurance to those particular customers.

The future’s unknowability requires each of us to incur risks. Every course of action involves some risk. Yet even the most prudently chosen courses of action will sometimes reveal themselves as time marches on to be ones that would have been rejected if we had had better knowledge of the future.

Unusually heavy challenges, misfortunes, and difficulties that manifest themselves today are not necessarily proof that yesterday’s decisions – decisions that led to today’s problems – were mistaken.

Even less is there reason to suppose that politicians, pundits, and bureaucrats – none of whom have their own money at stake in such assessments – know better than do the owners and managers of private firms how many or how few sources of supplies any particular business ‘should’ have. Nothing is easier when supplies from abroad are disrupted by the likes of war or Covid lockdowns for politicians or pundits to proclaim, in theatrical fits of pique, that the government should have used tariffs or subsidies to avoid the disruption. Yet the very fact that private companies themselves – having at stake their own money – chose not to arrange their sources of supplies in the ways later endorsed by politicians and pundits is strong evidence that the proposed schemes of these politicians and pundits are unlikely to better promote the country’s long-run best interest.

Hindsight, as they say, is 20/20. (Actually, I suspect that, while at least the recent past is indeed usually more visible than is the future, in reality hindsight is closer to 20/40. But that’s a topic for another time.) The fact that pundits and politicians can take stock of the present situation and describe how it would have been better had different choices been made in the past is paltry evidence that these persons should be trusted with the power to override the decisions of business people regarding future sourcing of supplies.

The case, in short, for government to ‘repatriate supply chains’ is too weak to take seriously. Ignore it.

This article, On Securing Sources of Supplies: Should Government Repatriate ‘Supply Chains?’, was originally published by the American Institute for Economic Research and appears here with permission. Please support their efforts.