On the Negative Consequences of Price Floors 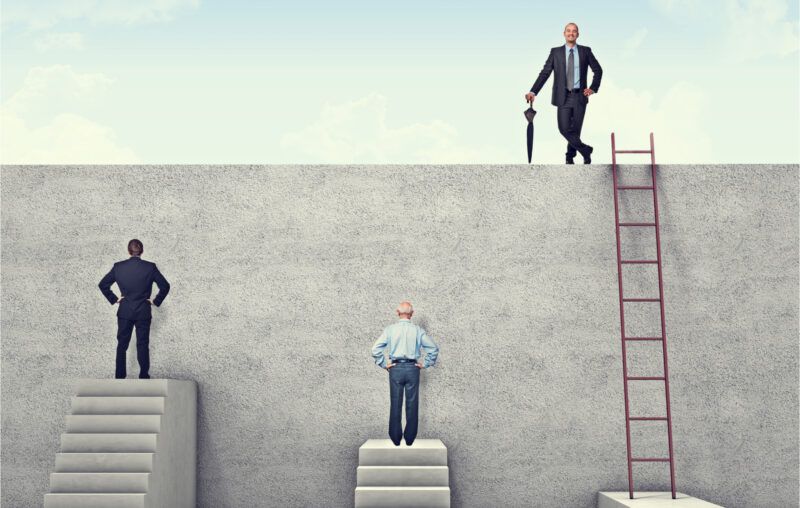 In my previous column I explained five negative consequences of price ceilings – five negative consequences, that is, of government intervention to force down the monetary prices that consumers pay, and that sellers receive, for particular goods and services. Yet governments also sometimes attempt to push prices upward. When the intervention is designed to increase prices by outlawing the charging of monetary prices below some minimum, the intervention is called a price floor.

For a variety of reasons, price floors are less common in reality than are price ceilings, but they do exist. By far, the most commonplace price floor is government-imposed minimum wages.

Suppose government commits to keep the price of wheat from falling below $10 per bushel. Wheat farmers are economically sophisticated. They understand that a true price floor – a simple prohibition on sales below a minimum price – will reduce the quantity of wheat that buyers will wish to buy. While this outcome of selling fewer bushels of wheat at a higher price per bushel might raise wheat-farmers’ profits above what these profits would be without government intervention, such higher profits aren’t guaranteed. If the price floor is set too high, the negative impact on farmers from selling fewer bushels will swamp the positive impact of fetching a higher price for each bushel that is sold.

The best way for farmers to avoid this possibility is not for government to outlaw sales below a certain price but, instead, for government to create its own demand for wheat, a demand to be added to that of private buyers. If government commits to purchase as much wheat as is necessary in order to keep the market price of wheat from falling below the desired minimum, wheat farmers fetch the higher price and suffer no reduction in sales.

This government intervention has its own negative consequences that – don’t be shocked! – outweigh the corresponding benefits reaped by wheat farmers. But this intervention doesn’t enforce a true price floor.

A true price floor, to repeat, is a simple government-enforced prohibition on sales and purchases below some government-dictated minimum money price. And while many of the negative consequences of price floors are similar to those of price ceilings, one important difference, in most but not all markets, separates the two interventions.

Suppose that the government imposes a true price floor in the market for pickles. The government declares illegal all purchases and sales of pickles at prices below, say, $10 per pound (which price, let’s assume, is above the market price that would prevail absent the price floor).

Nevertheless, because price floors do always reduce the quantities that buyers wish to buy while increasing sellers’ willingness to produce and sell, price floors create a second negative consequence – namely, the need for some means to determine which sellers will be among the lucky ones to sell at the higher price and which sellers will not be able to take advantage of the higher price by actually selling units of output at that price.

This determination might be done by luck or random chance. Perhaps only those sellers who encounter consumers early will be able to sell, while sellers who get to market too late find no more buyers.

But luck or random chance is unlikely to operate for long. Eager to sell at the high price floor, sellers will compete for buyers in ways other than cutting prices. A third negative consequence of a price floor is, thus, that the quality of the price-floored good rises. Pickle producers might attach to each jar they sell “free” coupons for discounts on crackers or deli meats or beer. These producers might work harder to make their pickles even tastier. Such non-price competition for consumer patronage is an inevitable result of price floors.

Unlike with the quality reductions caused by price floors, the impetus to quality improvements caused by price ceilings perhaps seems to be a positive consequence rather than, as I’ve described it, a negative one. But negative it is when compared to what the situation would be absent the price floor.

It’s true that, given that consumers aren’t allowed to buy pickles at any price below $10 per pound, they like their pickles being even tastier or sold with discount coupons. But what consumers would like even more is to pay a lower price for a lower-quality product. Were there no price floor in place, consumers would reveal through their spending that the higher quality isn’t worth the higher price. Yet because lower prices are unlawful – that is, because consumers must pay the higher price if they want pickles – consumers settle for the second-best outcome of paying this higher price for a higher-quality product.

Price floors, in short, compel consumers to buy too few units but too much quality.

Above I mentioned that price floors in some markets have somewhat different effects than in other markets. There are some markets – unlike that for pickles (or for plywood, or propane, or pork, or you name the good) – in which price floors do create lasting surpluses. This unfortunate consequence is true in labor markets.

A minimum wage prevents workers from competing for employment by offering to work at any money wage below the government-mandated minimum. Many low-skilled workers, as a result, either lose jobs or are never able to find jobs. But unlike pickles, these workers’ labor (or their willingness to work) doesn’t stop being ‘produced’ when these workers can find no buyers of their labor services. The flesh and blood individuals continue to exist and desire employment even when they are rendered unemployable by minimum-wage legislation.

This article, On the Negative Consequences of Price Floors, was originally published by the American Institute for Economic Research and appears here with permission. Please support their efforts.