Open Letter to a Young Marxist 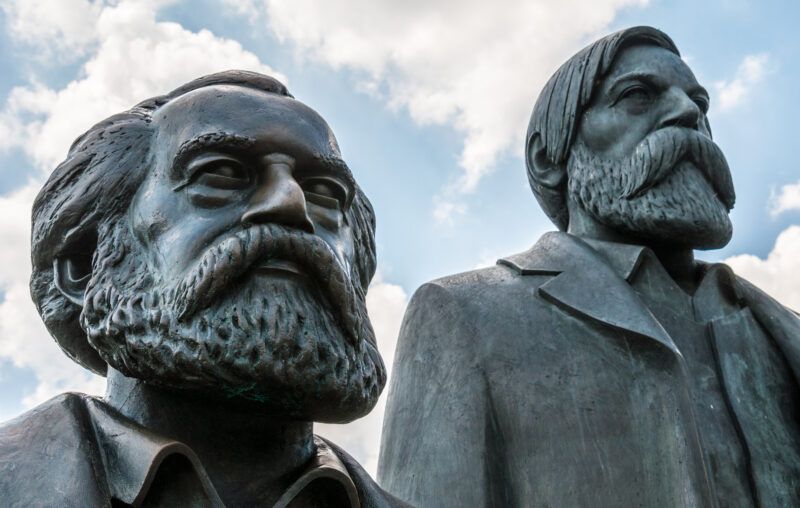 Someone has provided for you for most of your life. Some parental figure saw to your needs, whether food, clothing, or amusements, and you were raised a net consumer. I’m guessing you were more comfortable than 99 percent of anyone who has ever lived in human history. Yet you probably didn’t deserve any of it, at least not as a diligent worker deserves a paycheck. This is the way it goes in most families:

Because this is an open letter, I can’t possibly know the particulars of your “lived experience.” But I do know this: Someone provided for you. Did you expect all of those goodies? Most of us take our providers’ generosity for granted at some point. You might protest that you had chores, but an adolescent’s sense of entitlement rarely matches her contribution.

Thus, you are alive and reading this because you were the beneficiary of someone else’s productive effort. (So was I, mind you.) Indeed, not only did your folks have to work, nearly everything you enjoyed was produced by other people collaborating in their productive efforts. The legal structure for this is called a corporation. There are different corporate forms, from worker cooperatives to traditional firms. I understand you don’t like all of them.

As you got older, hopefully, you lost some of that adolescent sense of entitlement. Maybe you came to realize that you did, indeed, grow up comfortable and that not everyone does. Maybe you felt guilty. You might have even experienced the first stirrings of indignation about the working poor. Soon, a burning rectitude, a sense of injustice, became familiar but undefined. Many people live hard lives outside of wealth’s cottony confines and work long hours for little pay. When opportunities are few, people must take what work they can get.

Such is the way it is and has always been–yet with improvements through time.

Somewhere along the way, you discovered Karl Marx. Most start with The Communist Manifesto, but If you graduated to Das Kapital—congratulations (it’s a beast). In any case, I hope you’re up for a challenge. From here on, I’ll lay out some of Marxism’s fundamental problems.

Neither in Theory Nor in Practice

Two common cliches invite intellectual gymnastics on Marxism’s behalf: It’s never been tried in its truest form, and It’s good in theory but not in practice. We can dismiss both of these claims because Marxism offers little good in either theory or practice.

Consider this brief tour of Marxism coupled with critiques:

So, young Marxist, I hope that if you have gotten this far in reading, you will consider each point carefully. You should try to defend Marxism from these critiques, of course. But if you’re interested in intellectual honesty and human flourishing, you should try your best to make a Steel Man out of them first. Why? Because violent movements forged in the fires of idealism seldom turn out well for anyone.

If any social experiment depends on scorching the earth before building a Utopia, it is probably not the way. But if an ideal system starts small and grows, pulling more human souls into its influence, it’s probably got legs. Sustainable systems persist and the best systems will be a product of human choices. But that’s evolutionary, not revolutionary.

Different systems can co-exist if we start with a principle of voluntary association. And that includes communes.

This article, Open Letter to a Young Marxist, was originally published by the American Institute for Economic Research and appears here with permission. Please support their efforts.