P.J. O’Rourke Taught Me How ‘Unfairly’ Great American Life Is 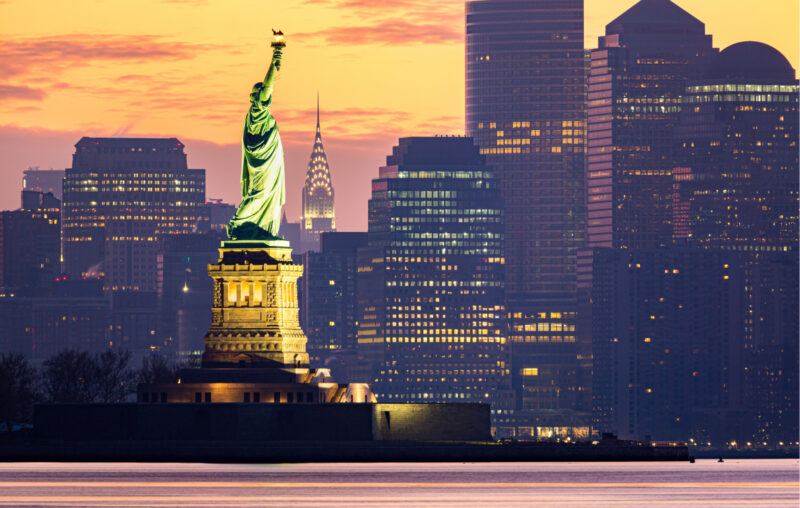 Up front, there are many people who knew P.J. O’Rourke much better than I did. Based on that, it’s arguable that a tribute by me isn’t merited. My response is that great people rate tributes from many people. Here’s mine.

Probably like many who came to enjoy O’Rourke’s work, I was introduced to his writing in college. The book was Holidays In Hell. This is the one that includes the classic line about how “when we snort coke in Houston, they lose their hats in Cap d’Antibes.” It was part of a bigger rant about how thoroughly badass the U.S. is. Peggy Noonan eventually quoted it in full in her mega-bestseller, What I Saw At the Revolution. Please Google the quote in total if you haven’t read it. It’s a classic, and it immediately had me hooked. If you look through my books, I have a good number of O’Rourke’s.

Why did I get to meet him? It was through Ed Crane, co-founder of the Cato Institute. Thanks to Ed, I’ve gotten to meet a number of people whom I’d previously worshipped from afar, and as so many have already said about O’Rourke, he didn’t disappoint. He wasn’t aloof, or supercilious, or any of the negatives you can think of when it comes to celebrity. He was nice, and when he spoke at a Cato City Seminar in Los Angeles many years ago, he not only signed a copy of one of his books for my parents, but he made the point of knowing me by name in front of them. How do you forget an act of kindness like that?

So while he was very kind, O’Rourke didn’t resemble his writing. His writing was hilariously loudmouth and life of the party, but he was relatively quiet in person. Maybe shy is the word. I asked Ed about this since they knew each other so well (O’Rourke was fittingly Cato’s H.L. Mencken Research Fellow), and he recalled how when they first met, O’Rourke said he “bled” every line. He was funny, but funny with the pen was a lot of work. Thank goodness for all of us that he loved his work. You don’t write twenty books if the joy of writing with such insight and wit doesn’t outweigh the loneliness and bleeding.

At this point, it would be easy to pivot to O’Rourke’s many great quotes. They would surely entertain, but also depress. For one, they’d be a reminder of the person we lost, and then for the writers among us his quotes would be a very cruel reminder of how unworthy we all are.

Instead, I’ll explain why I was most impressed with O’Rourke. What it came down to was that he was much more than the funniest political and economics writer out there, and much more than excellent on economics and politics. In O’Rourke’s case, he’d written alongside the greats of comedy before he became P.J. O’Rourke. Arguably the most famous of all the National Lampoon magazines was the Yearbook Issue, and O’Rourke created this one with the late and legendary Doug Kenney; Kenney the person who wrote a movie you’ve probably heard of called Animal House. Put another way, O’Rourke was more than a comedic writer about national affairs; he swam in bigger ponds. When I asked him about Kenney in an e-mail, O’Rourke replied that “he was the funniest person I’ve ever known.” This major talent had recruited O’Rourke to National Lampoon.

Kenney also wrote Caddyshack. This is mentioned as a reminder of who O’Rourke’s real peers were, but also because when I asked him about the July 11, 1980 release in New York City, O’Rourke told me he was there. Again, he swam on another level, but still treated the nobodies like somebodies. About Kenney and all the major names O’Rourke knew from the entertainment world, I told him I wanted to hear all that he would tell, and he said he would regale me the “Next damn time we get a damn chance to have a damn drink — which will be damn soon, I hope.”

The final drink never happened, but there are no complaints there. How could there be? As I saw it and see it, it was “unfair” that I got to know O’Rourke even a little. Why is “unfair” in quotes?

It brings to mind my favorite line of all from O’Rourke. It’s in some of my opinion pieces, as are many others by him. If you’re wondering, just Google my name and O’Rourke’s, or my name and “Bulgarian blue jeans” for O’Rourke’s quip on why the Cold War ended. I quoted O’Rourke a lot.

Back to my favorite line by him, in a Cato speech roughly twelve years ago he talked about how he would respond to his daughter when she told him something was “unfair.” O’Rourke would say “You’re very cute. That’s not fair. You’re fairly well to do. That’s very unfair. Most of all, you’re American, which is REALLY unfair. You better hope life never becomes fair.”

What O’Rourke said stuck with me, and it’s what I say to my own daughter Claire every time she tells me something is unfair, which is all the time. The frequency of it gives me a chance to frequently tell her what’s so true: that she won the proverbial lottery in being born American.

O’Rourke was so right about this. In a world of nearly 8 billion people, many of whom have never even flipped on a light, Claire was born American. So was I. It wasn’t O’Rourke’s most memorable or even funny quip, but the view here is that it was easily his most important.

This article, P.J. O’Rourke Taught Me How ‘Unfairly’ Great American Life Is, was originally published by the American Institute for Economic Research and appears here with permission. Please support their efforts.