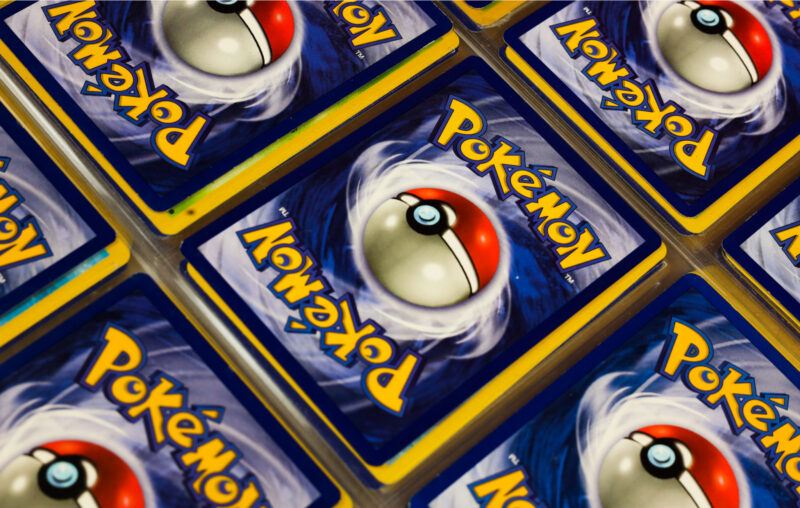 In times of trauma, people inevitably look to the past for comfort. A 2015 study found that nostalgia can bring stability, and a 1995 paper found that we are prone to nostalgia during periods of transition. This logic may at least partially explain the ballooning collectibles market of late. With unemployment and lost social interactions owing to government lockdowns, political instability and other pessimistic developments, many younger people have sought refuge in memories and memorabilia.

A childhood favorite collectible of many millennials, Pokémon (short for “Pocket Monsters,” the Japanese name) cards are seeing a particularly charged revival. In 2020, general trading card sales grew by 142 percent, and over 4 million more cards were sold than in 2019. Pokémon cards dominated––those sales increased 574 percent compared to 2019, making them the most popular trading card class.

Over the last year, valuations on many commodities and other assets rose for a plethora of reasons. A few noteworthy assets, with their one year change (May 2020 to May 2021), and current market value are shown here.

Similarly, over the past year the value of a handful of popular, top quality Pokémon card values have increased by the below percentages to the below valuations; I choose to describe those prices as valuations rather than prices, as actual transactions at the appraised estimates are questionable:

How exactly did we get here, seemingly overnight?

Like so much else, the recent paroxysm of interest originated at the intersection of several factors, two of which were previously mentioned: sentimentality and Covid lockdowns. Fiscal policy, specifically in the form of stimulus payments and Federally-enhanced unemployment benefits, is an additional propellant.

Pokémon’s nostalgia factor is undeniable. And even beyond the Millennials and Gen-Zs who’ve grown up with the characters, cartoons, and cards, the 2016 release of the mobile game Pokémon GO brought Gen Xers and even some Boomers into the fold.

The modern age has only exacerbated the enjoyment Pokémon card collectors first experienced decades ago. More time at home has meant more time online for many––and more time attuned to the newfound hobbies of others. Social media makes investing, creating, and collecting more communal (and visible) than ever. Other pop culture phenomena of late––like the non-fungible token (NFT) craze and the January 2021 GameStop short squeeze–– ballooned thanks to interactions on social media platforms, and it would be difficult to imagine the current Pokémon frenzy taking place without them.

With the imposition of lockdowns, many young adults were shuttered indoors, deprived of their usual free-time activities as well as work. Theaters have closed, as have music venues, night clubs, and most socially-oriented leisure outlets. Others have been relegated to virtual classrooms away from physical college campuses. Financially pressed or quite simply with nothing better to do, many young people returned home to live with their parents and began to rummage through childhood belongings, rediscovering old passions.

Along with the rekindled affection for old trading cards and boredom arising from lockdowns, many bank balances also soared. In March 2021, Bloomberg reported on the increase in spending:

US personal incomes soared…by the most in monthly records back to 1946, powered by a third round of pandemic-relief checks that also sparked a sharp gain in spending…The March data showed transfer receipts that include stimulus checks and unemployment aid nearly doubled from a month earlier to nearly $8.2 trillion. Wages, meanwhile, rose modestly[.]

Nostalgia and lockdowns would likely have created a surge of interest in card collecting and other such pastimes. It seems doubtful, though, that the insatiable demand, rising prices, and catapulting valuations of Pokémon would have been seen without the Federal government distributing an estimated $379 billion in direct payments to US citizens since 2020. Or, for that matter the CARES Act Federal unemployment benefits (to bolster state unemployment benefits), cumulative expenditures for which are currently near $800 billion.

Some of that burst in disposable income was directed at bills, rent, mortgage payments, groceries, and other household staples, but some undoubtedly went into hobbies, gaming, and baubles.

This year marks the 25th anniversary of the introduction of the Pokémon franchise, and McDonald’s kicked off the celebration by giving away free, limited edition cards in Happy Meals, which became additional incendiary factors. Numbers don’t tell the full story, though. As an appropriately-titled Vice article, “I Need to Explain to You Just How Dire America’s Pokémon Card Crisis Is,” details,

I need to explain to you how out of hand things have gotten. The story here is not “Pokémon cards are kind of popular again.” The resurgent interest in Pokémon cards has brought multiple major, well-respected companies to their knees, has caused Target stores to consider calling the cops, and has led to shortages and/or price increases of basically anything even remotely attached to the hobby of collecting cards. However wild you might think any of this is, it is wilder than that.

To diagnose this as a matter of insufficient supply would be true, but an oversimplification. At another point in the Pokémon card collector’s milieu, where collectors get their collectibles “graded,” or assessed for value, major card grading companies are struggling to appraise the massive influx of cards arriving from prospective sellers. As people have rushed to get cards valued, appraisers are now conveying massive backlogs and wait times:

Over the last few months, as people have been raiding their closets for their old Pokémon card collections, they’ve been mailing their cards to get graded at one of the three major companies that does this. The companies are Professional Sports Authenticator (PSA), Certified Guaranty Company (CGC), and Beckett Grading Services (BGS)….Under the weight of the resurgent Pokémon card hobby, each has been completely crushed by demand and COVID-related backlogs, to the point that, from the outside, it seems as though they are barely functioning.

The market for Pokémon cards, despite these snags, is rebounding in novel ways as supply catches up to demand. “People are resorting to buying shares in Pokémon cards these days,” reports NintendoLife. Apps are exploring new approaches to the card boom as well, with eBay adding a feature to its mobile app to allow card scanning and automatically populated listings, speeding up the listing process for Pokémon cards.

But there is a rub here which lies at the intersection of two facts. First, much of the documented price rise, variously championed as either long overdue or ominous, is ephemeral. The grading of cards–and valuables, more broadly–may have little to do with ultimately realized sale prices, especially if many of the same type of card begin hitting bids at roughly the same time. The owner of a card estimated as worth $350,000 may not find purchasers at that price, or even at a fraction of it. If history is any guide, a diminishing portion of card owners will sell at or near whatever the top of the market proves to be; some at or quite close to the highest price estimates. The vast majority will not, and a handful of the particularly unlucky collectors will serve the price discovery process by plumbing the bottom of the market.

Second: let no one forget that card grading is a business. Collectors, most of whom would presumably be sellers at some point in time, pay a fee for having their cards appraised. In light of the bonuses being paid to hurriedly bring in and train new Pokémon card experts, it would be remiss not to note a subtle divide. While card values are unyoked, subjective judgments, appraisal services are realizing actual, in-the-till revenue from each one.

No one wishes losses or hardship upon collectors, but a respectful warning is in order: estimates of value are not firm or contracted/standing bids. They have the same empirical gravitas as World Series predictions on MLB Opening Day. If there is eventually an awakening of the gulf between practice and theory, it will bear some similarity to the awakening of many youthful derivatives traders a little over a decade ago with respect to mark-to-market accounting.

The Pokémon card frenzy has already been dubbed a bubble––and perhaps that terminology isn’t so outrageous. It should not be especially surprising, given the tremendous size and scope of fiscal and monetary programs initiated over the past fifteen months. Cycles of another childhood favorite, Beanie Babies, saw a similar trajectory (and may inform the ending of our current Pokémon fixation) in the late 1990s.

Inevitably, the pandemic-fatigued will latch onto a novel hobby. At that point, the strange journey of taxpayer funds–collected, redistributed, pushed into Pokémon cards and paid to card valuation service providers–will be complete. Prices will follow that exodus, leaving in their wake a landscape of apocryphal and unverifiable tales of profit and loss. As always, there will be a small number of lucky or crafty card traders who exit at or near the highest transacted prices of this cycle (which may or may not conform to the highest appraised values). Less will be heard about the vast majority who, as prices fall, will attempt to squeeze through small and rapidly diminishing apertures of economic opportunity. Inevitably what begins as an orderly departure devolves into a feverish stampede.

Whenever this speculative episode ends–likely with another speculative mania already heating up in some quiet, overlooked corner of the economy–the comparative fortunes of the card grading firms versus many card collectors may evoke the memory of a long-deceased financial market humorist. Surveying a marina filled with luxury sloops, cruisers, and sailboats, all of which were owned by stockbrokers, asset managers, and investment bankers, he inquired with disarming innocence: “Great. But where are the customer’s yachts?”

This article, Pocket Monsters Meet Animal Spirits, was originally published by the American Institute for Economic Research and appears here with permission. Please support their efforts.