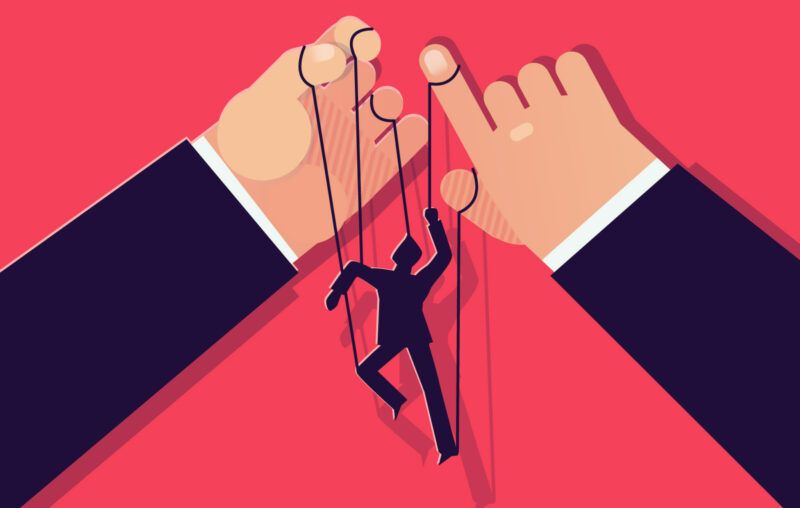 One of the political paternalist tricks is to insist that any economic policy failure is more “proof” of the bankruptcy of the market economy. Once again, this worn out device is employed by Columbia University professor and Nobel Prize-winning economist, Joseph E. Stiglitz. Any and all such presumed market “failures” are placed by Stiglitz under the umbrella term, “neoliberalism.”

Neoliberalism has become one of the most elastic terms in the political paternalist lexicon. It amounts to whatever the paternalist dislikes, or any interventionist-welfare state policy that has turned out badly from his own point-of-view, but which cannot be admitted to have been caused by some aspect of his own policy agenda. Never having to say you are sorry for your own social engineering failures is central to this mindset.

In a recent article over at Project Syndicate, Stiglitz calls for “Shock Therapy for Neoliberals.” (April 5, 2022). He insists that for the last several decades America and indeed the world have been caught in the mesmerizing grip of the idea that free markets work. And even worse, the free market ideology has guided and directed US economic policy from Ronald Reagan to the present.

This may come as a surprise to some who lived through the Bill Clinton and Barack Obama administrations, and considered especially Obama’s to be committed to a fairly “progressive” agenda, a capstone of which was the Affordable Care Act and its many false promises. In addition, for many limited government conservatives and classical liberals, the two Bush Administrations, along with Donald Trump’s, seemed far from any noticeable free market agenda, as well.

Stiglitz points, in particular, to the financial crisis of 2008-2009, the Coronavirus crisis of the last two years, and now the war in Ukraine as examples of the failure of free market-based neoliberalism to be able to steer clear of instability and to restore and maintain economic balance. In Stiglitz’s reading of 21st century history, you would never know that for the five years before the financial crisis of 2008, the Federal Reserve had artificially manipulated key interest rates down to near zero, and when adjusted for inflation were actually in the negative range for most of that time. This had been made possible with a nearly 50 percent increase in the money supply (M2) during this half decade.

The financial and housing crisis of 2008-2009 was made in Washington, DC. The instability in the financial and housing markets contained the fingerprints of the Federal Reserve System and the federal agencies that created the “moral hazard” of unsustainable home mortgages once the bubble burst. A free market had nothing to do with it, because these markets were (and remain) hostages of governmental control and manipulation. (See my article, “Ten Years On: Recession, Recovery and the Regulatory State”.)

Coronavirus Crisis was Made by Restrictive Government Planning

Turning to the COVID-19 disaster of 2020, Stiglitz refers to the U.S. “economy’s’ lack of resilience. America, the superpower, could not even produce simple products like masks and other protective gear, let alone more sophisticated items like tests and ventilators.” I fear that Stiglitz is starting to suffer from short-term memory loss, at least when it comes to economic policy. It is only two years since the federal and state governments decided to follow the Chinese totalitarian model of extensive lockdowns and shutdowns in their attempt to stop the spread of the virus. This brought production and employment to a grinding halt in many parts of the American economy. It was a perverse system of central planning designed to bring society to an intentional standstill to assure no one came closer than six feet from any other human being.

Furthermore, it was the Centers for Disease Control and Prevention (CDC) and the Food and Drug Administration (FDA) that brought about the delays and hindrances to entrepreneurially innovative responses to the medical crisis. These government agencies prohibited private enterprises from marketing improvised, but no less effective, substitutes for more standard ventilator equipment, face masks, hand sanitizers, and testing kits.

No matter how serious the medical and related health care and equipment shortages, nothing could be supplied without the slow-motion approvals of the restrictive regulatory gatekeepers. More lives were put at risk or lost, medical needs were left unsatisfied for a longer period of time, and human suffering and anxiety were increased precisely because resilient and robust competitive market responses to the Coronavirus crisis faced the impenetrable and shut doors of the American regulatory bureaucracy for many months in 2020. (See my articles, “To Kill Markets is the Worst Possible Plan” and “Leaving People Alone is the Best Way to Beat the Coronavirus” and “The Conquest of America by Communist China”.)

Now in the face of the Russo-Ukrainian war, Stiglitz tries to place the burden for rising prices and growing and potential shortages of essential foodstuffs and energy supplies on the “failings” of market neoliberalism. European governments, not a competitive oil and gas market, tied their economies to Russian energy suppliers through politically driven pipeline deals. It was the Biden Administration that early on shut down the Keystone pipeline and has limited further drilling on government-owned land around the country. It has been Joe Biden who has been bullying and threatening the auto and related industries to shift into less cost-efficient means of transportation that is upending the passenger car and cargo trucking industry. The much talked about broken supply chains around the world were severed due to government prohibitions starting two years ago, not the free market.

Governments have decided to impose tightening sanctions on Vladimir Putin’s Russia as punishment for the invasion of Ukraine. Whatever the rationale or merit of such sanctioning policies, history suggests they fail in achieving their goals more often than they succeed. At the same time, their impact inescapably boomerangs back on to the countries putting them in place. Trade, after all, is a two-way street. A decision not to buy from or sell to a sanctioned country must affect all those in the sanctioning nations who previously traded with the “punished” party.

All the rising relative price effects due to the current or expected lost supplies caused by the military conflict and the trade sanctions are being exacerbated by the arrival of generally rising prices resulting from years of post-2008-2009 monetary ease that was accelerated even more by central banks during the COVID-19 crisis. Absolutely none of this can be placed at the doorstep of a competitive market economy and some elusive “neoliberalism.”

Free Markets, Not Government, Plan for and Adapt to the Future

What we are suffering from is not a crisis of “capitalism,” or free markets, or “neoliberalism.” We are facing the consequences of the interventionist and regulatory state. We are confronted with what happens when the types of economic policies advocated by someone like Joseph Stiglitz are actually implemented. And in the face of the failure of these policies, what does Stiglitz call for – more political paternalism!

He says we need “industrial policies and regulations” to move the “economy in the right direction,” since only the government takes the far-seeing and long-run perspective needed, and to which private enterprises never give due attention. One wonders if Stiglitz has ever noticed that private businesses undertake multi-million dollar investments in research and development; in plant and equipment; in training and maintaining skilled labor forces; and in building up brand-name reputations. All of this only offers anticipated returns to recoup expenditures and then, hopefully, earn profits, years and years ahead. Entrepreneurs and private enterprises must plan for and focus upon the future in designing and guiding their business activities in the present.

On the other hand, what are the time horizons of politicians who propose and implement these government policies? Their vision extends not farther than the next election cycle, when they hope to be elected or reelected. The moment an election is over, the winners and future challengers are already focusing on the next round and the campaign contributions and votes they will need for when voters once more cast their ballots. If while in office they squander other people’s money through taxes and redistributions, or implement regulations that raise the costs of doing business and hamper innovations and consumer-satisfying product improvements, they personally bear none of the negative effects of the policy decisions they impose on others. Theirs is the politics and the economics of the short run to get into and stay in political office. (See my article, “The Bad Economics of Short-Run Policies”.)

Stiglitz ends his article by hoping that American society learns “the lessons of this century’s big shocks.” In this he is right. But the lesson to be learned is that it is the types of government economic policies advocated by Joseph Stiglitz that have been the cause for the economic imbalances, distortions, and disruptions during these first decades of the 21st century. They would not have occurred, or any needed adjustments would have been more readily and smoothly adapted, if only real free market, classical liberal policies had been followed, instead.

This article, Political Paternalism, Not Free Markets, Cause Economic Shocks, was originally published by the American Institute for Economic Research and appears here with permission. Please support their efforts.