Politics Is the Pathology. Morality Is the Cure. 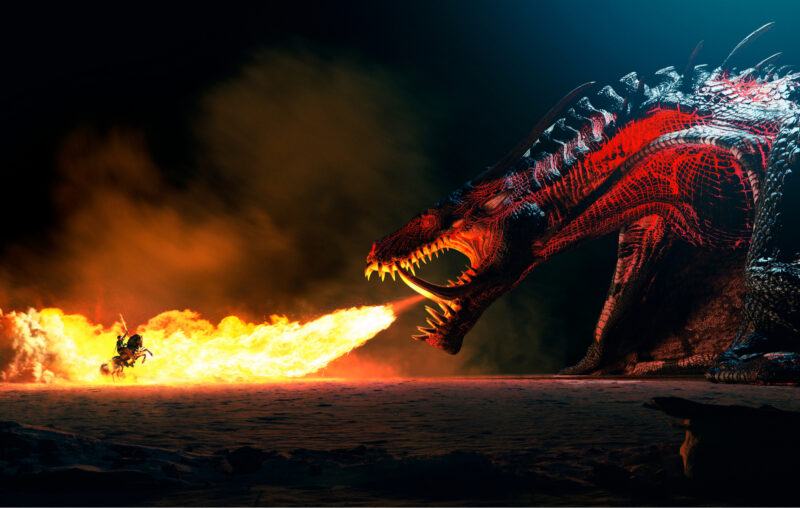 What is steel compared to the hand that wields it?

– Thulsa Doom, from Conan the Barbarian

There’s no more exciting and anxious time in an author’s life than launch week. The book you’ve spent nine months writing and three months preparing will be tested in the market. And the market is made up of people with all sorts of opinions.

I just launched The Decentralist: Mission, Morality and Meaning in the Age of Crypto. My first reviewer gave the book one star out of five, writing:

Though I found some information useful, and the author’s initial intentions as shown in the introduction resonating (sic), a large part of the book has to do with self-created morality and meaning, which sounds a lot like an anti-government + new age cult.

Yet I’m reminded of the editor’s admonition: It’s more about how readers receive your work than what you intend. So, rather than arguing with the reviewer about what they got wrong, I’d rather talk about what they got right – one-star notwithstanding. My hope is, despite my having to take some lumps, that The Decentralist challenges readers.

This description, while hyperbolic, contains a grain of truth. In other words, The Decentralist is designed to read like the text of a secular religion—Jeffersonian esoterica. I knew I was taking a risk, but I had to try. I’ve lamented the loss of religious affiliation in America in past columns. I believe this loss has led to a decline in an essential source of community and moral teaching.

Today we see the consequences of that decline.

I also worry that, for many, there is no going back to that old-time religion, though Decentralism is commensurate with most religions. Still, those who have strayed from their flocks are experiencing civic, moral, and spiritual malnourishment. One cannot sustain social coherence with politics alone. And that’s one major lesson of the book.

Before we move on to the idea that politics is a domain distinct from morality, I should briefly address a couple of additional points.

First, The Decentralist is not precisely “anti-government,” but it will almost certainly come across that way to Centralists. More subtly, it is anti-authoritarian. In other words, instead of the One Ring, there should be many rings. Instead of one powerful Nation-State, there should be many smaller countries. Instead of One Imperial Power with One True Way, there should be competing, self-organizing jurisdictions that can function as independent experiments. These can rise or fall according to their ability to attract and retain citizens customers.

Let a thousand systems bloom. And let people vote with their feet.

What better way to create local experiments than to provide opportunities for people to opt out of (and into) systems? Indeed, localized experiments that fail are preferable to national experiments that end in total catastrophe. This idea is radical, but it isn’t new. That’s why I based The Decentralist on a more familiar piece of secular scripture:

That to secure these rights, Governments are instituted among Men, deriving their just powers from the consent of the governed, –That whenever any Form of Government becomes destructive of these ends, it is the Right of the People to alter or to abolish it, and to institute new Government, laying its foundation on such principles and organizing its powers in such form, as to them shall seem most likely to effect their Safety and Happiness.

I’m sure King George III thought this sort of revolutionary poppycock was positively New Age at the time. But in building on the Founders’ wisdom, my goal is to inspire readers to finish the Revolutionary project, whether in America or abroad.

The health of a people lies in each’s commitment to morality. The ancients referred to virtues because these were moral commitments to be practiced and not just abstractions plucked from the air. In The Decentralist, I identify Six Moral Spheres:

One might not consider the Six Spheres sufficient, but they are necessary for maintaining a society of peace, freedom, and abundance. So when my reviewer says I’m flirting with “self-created morality,” I can agree to the extent that, without conscious, continuous practice, our moral universe starts to disappear.

Now, the Six Spheres have vicious mirrors, which are practices that can destroy the social order. The Six Offenses are:

We shape our rules, and then our rules shape us.

The more we reduce moral practice to political strategy, the more we create social malignancies.

Violence. Consider that the entire edifice of the nation-state exists because a group of elites control a violence monopoly. Such is an undeniable fact. Violence defines the state. As Max Weber put it, the state is a group that “(successfully) claims the monopoly of the legitimate use of physical force within a given territory.” But “legitimate” just means legal, not moral – especially as state actors ultimately determine what is legal and what is not.

Corruption. Though we don’t talk about it enough, corruption is also part and parcel of government. Corruption has degrees and kinds, of course. In some countries, officials take bribes. In America, they take campaign contributions. Political hierarchies select for sociopaths who get on top through questionable means. Sure, a few politicians have integrity. But most have to auction it off to succeed. Otherwise, they have no power. And if voters think they can get something for free, they’ll often look the other way when it comes to venality.

Callousness. Does politics make people callous? We constantly hear, for example, that large European welfare states are more “compassionate” societies, even though the United States has a large welfare state. In both cases, extensive welfare states offer people an opportunity to outsource their compassion. That might not seem callous at first, but centralizing welfare engenders indifference. “I pay my taxes,” most people mutter. The callousness comes when one starts to look at others as ATMs instead of giving of themselves. By posting their policy prescriptions online, they have done the work of being good. But redistribution isn’t compassion at all. It’s compulsion. And too often, welfare does the recipients little good.

Monomania. Even though platforms change in the political winds, partisans tend to be monomaniacal. Notice how they’re never wrong. Though technocrats are quick to trot out some lofty ideal, they almost always lack the knowledge required to bring about their dirigisme. When the policies fail or create perverse effects, they blame the other party or cry that their favored program isn’t adequately funded.

Centralists also imagine the state is somehow a good and rightful steward of resources. Yet the list of resources the state wastes constitutes a book unto itself. Governments incur debt larger than their productive output (GDP). Functionaries pay exorbitant sums to military contractors that no market would bear. The US government is also the world’s largest polluter; its military alone pollutes more than 100 countries. Roads fall into disrepair as new highways get built in a congressman’s wilderness. Social Security’s coffers are bare. Centralist systems create incentives to be negligent. And the political class remains unaccountable.

Casuistry. I don’t need to explain the myriad ways political elites use casuistry to lure people. One need only point out that some of the biggest propagators of “disinformation” are those being tapped to staff the US government’s new Disinformation Board. For reasons that should be obvious, it has been called “The Ministry of Truth.” If the other party takes over the Board, far from being dedicated to the pursuit of truth, it will be gunships hijacked by a different group of cynics and zealots.

Whenever you aim at Centralism’s shibboleths, you will irritate some partisans. Most people want to see their priors confirmed. When you fail to confirm their priors and offer them some medicine, some will spit it back at you.

Political team sports have replaced moral practice. And most people have become too comfortable with expanding political power. Of course, these two concerns are related and self-reinforcing. One way or the other, we have to bring morality back.

While crypto-technologies are promising anti-authoritarian tools, they are works in progress. Scammers, hackers, and other bad actors threaten to bring down these nascent ecosystems before they mature. But a mature crypto industry promises to be a powerful check on authority. People of conscience must fight to protect them. And that takes mission, morality, and meaning.

That’s why I wrote The Decentralist.

The world is forgetting timeless truths, distracted as they are by political spectacles and errant ideologies. Even if that means shouting into the wind, we must do everything we can to rediscover the human practices that guard civilization. Without mission, morality, and meaning, no human system – centralized or decentralized – can thrive. Still, we also have to decentralize power. It’s not merely that empires fall as night follows day. The growth of the managerial state is wreaking havoc on innocent people.

And we have to speak for them.

This article, Politics Is the Pathology. Morality Is the Cure., was originally published by the American Institute for Economic Research and appears here with permission. Please support their efforts.