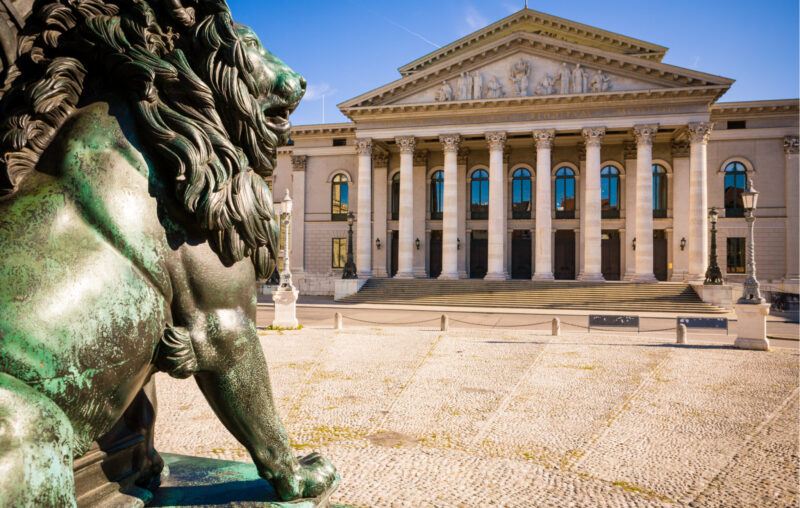 “I begin with the problem of economic power.” So commenced the first presentation given by the German ordoliberal economist Walter Eucken as part of a series of five lectures in early 1950 at the London School of Economics. Eucken was unable to complete these lectures as a result of a sudden and fatal heart attack at the age of 59. Eucken’s opening words, however, captured the essential concern that gave rise to the entire ordoliberal project of political economy and which bind its principles, modes of inquiry, and policy recommendations together.

That is the thesis presented by Raphaël Fèvre in his book, A Political Economy of Power: Ordoliberalism in Context, 1932-1950. To an extent greater than any other group of economists, Fèvre maintains, the first generation of ordoliberals were laser-focused on how to limit public and private power so as to bolster the type of economy that establishes order and promotes liberty. From this standpoint, according to Fèvre, ordoliberalism is best understood as “an autonomous form of economic knowledge driven by power issues.”

Such a position not only distinguished ordoliberalism from other schools of economics at the time. The attention to power also differentiated ordoliberal thought from postwar mainstream economics with its emphasis on building formal macro and micro-models verified by (or not, as the case may be) applied mathematics and statistics. For while ordoliberalism has much to say about economic theory and policy, it is far more an exercise in political economy than economics per se. Ironically enough, this may explain why ordoliberal thinkers have, despite their relatively weak presence in the postwar academy (including in their German heartland), exerted more influence in politics and policy at particular points than most other market-orientated economists.

The Project and the New “Social Question”

Fèvre develops his interpretation of ordoliberalism’s rise and import through studying its emergence in the 1930s to the apogee of its influence in the 1950s. He shows how it developed through a series of interdisciplinary discussions and debates that addressed economic problems but also went beyond them.

But ordoliberalism’s advent is inseparable from the succession of economic and political crises that engulfed Weimar Germany and eventually helped facilitate the Nazi seizure of power in 1933, the subsequent development of a totalitarian state, and the economy’s gradual subordination to this form of government. The two people who Fèvre regards as the most important ordoliberal thinkers—Eucken and Wilhelm Röpke—wanted to develop long-term explanations of why nineteenth-century capitalism had faltered under a wave of “interventionist reaction” that, as Eucken wrote in 1932, was “born of a particular combination of economic interests, anti-capitalist sentiments, aspirations for a national polity, and quasi-religious convictions.”

Yet while there was considerable intentionality behind this endeavor, Fèvre also describes it as a process of “crystallization around a common project.” That project developed in three separate spheres. The first consisted of scholars living in exile like Röpke and Alexander Rüstow who sought to connect market economics to broader civilizational questions. The second was a circle of academics such as Eucken and Franz Böhm who remained in Germany. They focused on questions of economic and legal theory but also engaged in the dangerous work of planning for a post-Nazi future. A third, smaller group consisted of figures like the economist Alfred Müller-Armack. He initially sought to work with Nazi technocrats and the German army to shape economic policy. Müller-Armack found, however, his advice being ignored, and consequently retreated into private academic studies, frustrated at the government’s disinterest in his ideas and increasingly disturbed by the regime’s evident lawlessness.

Despite the different realms in which they functioned during the 1930s and World War II, Fèvre sees all three groups as converging on the theme of power. By that, the ordoliberals had something specific in mind. Fèvre defines this as “the capacity of an actor to determine the structure of a specific economic order.” That order includes the economic process but also the rules of the game. The actors themselves can be individuals but more commonly are groups or institutions. This was the analytical paradigm that ordoliberalism’s founding generation applied to the interrelationships between moral norms, the economy, legal and constitutional structures, and their deeper roots in specific philosophical and religious traditions.

In subsequent chapters, Fèvre unfolds the different ways in which power functioned as an interpretative key for understanding the concerns and objectives of first-generation ordoliberals. Whether it was questions of institutional analysis, epistemological issues, or the comparative studies of economic systems, power was the locus, Fèvre argues, of ordoliberal thought. It was from this perspective, he maintains, that the ordoliberals sought to change the nature of the discussion of “the social question.”

Throughout the nineteenth century, the social question preoccupying many European intellectuals, ranging from Marxists to Catholic corporatists, was the emergence of great wealth and a general rise in living standards alongside an industrial working class whom many considered were exploited by the very same capitalist system which had delivered stupendous economic growth. Though these thinkers differed radically in what they thought should be done, they agreed that liberal capitalism was producing unbearable social and political tensions that threatened to tear industrialized nations apart.

For the ordoliberals, by contrast, the social question was of an entirely different scale and character. Human freedom, they insisted, was being pulverized by strong public and private economic powers. Whether it was the rapid expansion of state power via welfare states, tariffs, regulation, and industrial policy, or the dominance of entire economic sectors by cartels with strong ties to the political class, individual liberty was losing out. Reversing that trend through means like revitalizing competition and restoring a free price system was key to solving this social question. For that reason, ordoliberals placed a premium on taming the use of state power in the economy.

This last point underscores another theme pervading Fèvre’s analysis. The ordoliberals were not content to study how economies were driven and distorted by the striving for and gaining of power. Certainly, they were interested in truth for its own sake. But first-generation ordoliberals also wanted to engineer a decisive shift in the German economy and, one suspects, throughout Europe more widely. Ironically enough, that required the exercise of power: intellectual, rhetorical, and political.

This is the other side of the ordoliberal project. If the exercise of power by authoritarians had been central to the German catastrophe, solving what Röpke called “the German question” required a decisive break with that conception of the state and its underlying philosophical apparatus. Here Fèvre draws attention to how the ordoliberals in the postwar period highlighted the extent to which the Nazi regime had “Nazified” the economy by permeating it with the structures and priorities of top-down authoritarian rule.

The objective of the exercise was to associate central planning with the discredited National Socialist legacy. This put those Allied military occupation authorities who favored Keynesian and socialist policies in the awkward position of being seen as “perpetuating a system inherited from the Nazis.” That opened up the possibility that the Allies would come to understand de-Nazification as requiring rejection of the move towards more economic planning then dominating the rest of the Western world. The restoration of economic order also became understood as connected to the rejuvenation of competition, stable money, and free prices.

This will strike many as an instance of intellectual jiu-jitsu. In one sense that is true. The ordoliberals prepared the way for market-orientated reform by reversing prevailing assumptions about planning and markets. That’s the type of cleverness needed to overcome people’s resistance to substantive market-liberalizing changes. Without, however, the heavy-duty intellectual work of understanding how power shaped economic life, the rhetorical cunning would have counted for nothing. Shifting the political culture certainly matters when seeking to affect economic change; but the ordoliberals understood that if you lack a comprehensive understanding of why the economy is the way it is, you risk ending up not knowing where you want to take it and why you want to do so in the first place.

Did the ordoliberals succeed? On one level the answer is yes. Fèvre points out that “ordoliberal culture permeates the entire political sphere [of Germany] and has become an almost mandatory reference point for the German elite.” Even today’s Social Democrats find themselves compelled to pay lip-service to ordoliberal ideas. More concretely, the German Bundesbank’s reputation for being tough-minded about monetary policy and its emphasis upon following non-discretionary rules arguably reflects lasting ordoliberal influences. This was also the model upon which the European Central Bank (ECB) was based. Given that mainstream economics had come to dominate the German economics profession by the 1960s and crowded out an already small ordoliberal presence, these were considerable achievements.

At the same time, Fèvre stresses, there is much evidence of fading influence. Today’s ECB, for example, has drifted far from ordoliberal concerns, especially since the 2008 financial crisis and under the leadership of its former president Mario Draghi. It’s not just that quantitative easing is so contrary to ordoliberal principles such as the primacy of monetary stability. The post-2008 ECB’s willingness to play fast and loose with constitutional constraints to address immediate problems is symptomatic of the same trend. More generally, it’s not obvious to me that contemporary EU political leaders—including German politicians—show many signs of being influenced by the substance of ordoliberal ideas.

Notwithstanding these failures, the writings and activities of ordoliberalism’s first generation remind us that grasping power’s pivotal role in any economy is crucial for understanding economic conditions as well for developing strategies for advancing values like liberty and rule of law. Therein lies, I’d suggest, a lasting ordoliberal legacy of particular importance for our time: one in which, alas, most of the left and parts of the right have apparently forgotten the importance of such things for economies that serve relatively powerless consumers rather than very powerful vested interests.

This article, Power Economics, was originally published by the American Institute for Economic Research and appears here with permission. Please support their efforts.