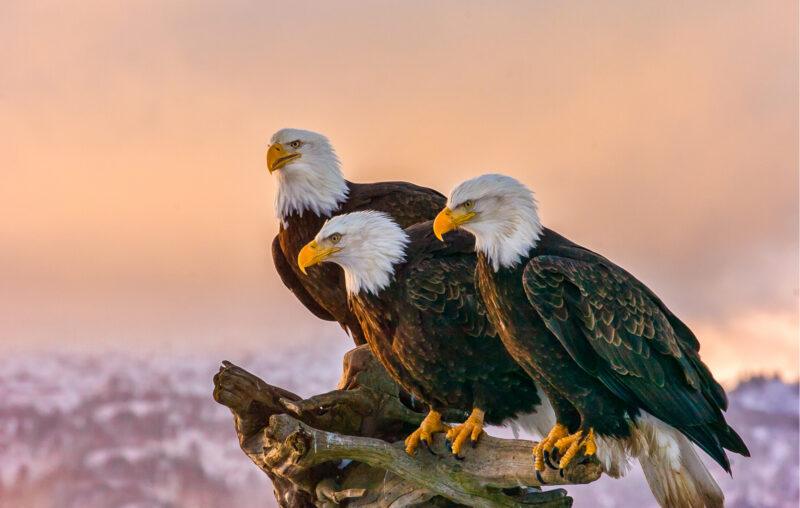 “There are croakers in every country, always boding its ruin.“

“We’ll end up like Venezuela.” Those were the words frequently uttered by Hillary Clinton and Donald Trump supporters ahead of the 2016 presidential election. The most strident cheerleaders for each candidate felt the greatest nation on earth would quickly descend into impoverished chaos if their candidate’s opponent won.

Oh well, as the Ben Franklin quote that begins this piece makes clear, there are always individuals predicting national ruin. Since Franklin died in 1790, it’s a safe bet that there were “croakers” predicting the end of the United States well before it was the United States.

Realistically nothing’s changed. Apparently socialism is set to ruin the United States now. And socialist Joe Biden will supposedly oversee the ruination. Those who make this argument wrap their pessimism in patriotism, but the view here is that they’re thoroughly insulting the U.S. in presuming someone as inconsequential as Biden has the capability to oversee what would be a tragedy. Thankfully he doesn’t.

While I am no fan of Biden, he’s not going to do what his critics think he’ll do. If Biden were actually capable of destroying the U.S., it wouldn’t be a country worth saving in the first place.

To see why this is true it’s useful to first consider market signals. Markets are relentless processors of information. Markets anticipate. They’re a look into the future. This is important because socialism is all about shared misery. About decline. If Biden were in the process of foisting socialism on us, it’s undeniably true that U.S. equity markets would not just be collapsing, but they would have already collapsed. Massively. In ways that would make the 1987 correction (22.5%) seem meek by comparison. Except that stocks are up since Biden’s entered office. More on this in a bit.

For now though, it’s useful to pivot to human migration. Where people take their skills is the purest of all market signals. Nothing else comes close. In the words of Adam Smith, “the most decisive mark of prosperity of any country is the increase of the number of its inhabitants.” Applied to the U.S., it’s the dream destination for the people of the world who want something more. Unquestionably. That this is true is yet another market signal that all the pessimism about the U.S. is well overdone. To say otherwise is to say that markets are stupid. Except that they’re not.

So why have U.S. equities performed well since the arrival of Biden? One obvious answer is that Biden, like all politicians, has a flock to feed. No doubt there are many in the Democratic base who are socialists. Biden feeds their socialism with rhetoric that perhaps brings to mind Marx and Engels, but thankfully it’s just rhetoric. It has to be firstly because Biden’s financial supporters clearly aren’t socialists. We know this because more than a few can tie their immense wealth to remarkable entrepreneurialism. Entrepreneurs are passionate people, particularly about the businesses that they frequently built from nothing. Rest assured they wouldn’t accept having what they’ve worked tirelessly for taken from them, but they logically don’t fear it simply because Biden lacks the votes in Congress to match his dopey rhetoric with legislation.

Indeed, it’s too easily forgotten by those who say Biden’s going to foist collectivism on us that we’re decidedly not a dictatorship. Biden can talk about massive wealth redistribution, but to turn his words into legislation, he must have the backing of the House and Senate. Except that they’re divided for the most part. That they’re divided arguably explains why Biden’s rhetoric can be so ridiculous, so coddling of the socialist-leaning in the base. It can be precisely because Biden won’t achieve passage of what he talks about. All of this presumably helps explain optimistic equity markets. Talk is talk. If not backed by legislative action, it lacks meaning. Biden’s ability to talk like a socialist is directly related to his inability to govern like one.

But wait, the pessimists will say. Sen. Manchin will cave. So will Sen. Sinema. When they do, trillions will be spent. Socialism! No doubt the spending of trillions would be awful, and it would be an economic somnolent. Government spending is a tax. Plain and simple. It’s the process whereby individuals like Manchin and Sinema allocate precious resources in political fashion. It would weaken the economy. Of that, let’s be clear.

At the same time, let’s remember two things: for one, governments can only spend insofar as they have access to real production in the private sector. Government spending doesn’t boost economic growth; rather it’s a consequence of it. The trillions in proposed spending are a reminder that we’ve plainly not gone socialist as evidenced by the ability of Congress to waste trillions. And if Congress does because Manchin and Sinema cave?

If so, their compromise will extract trillions from the real economy at the expense of better, more dynamic growth if they were to hold firm on limiting spending. It’s a long, or short way of saying that if Manchin and Sinema give in to Biden’s presumed socialism, they’ll be setting the stage for Democrats to lose control of the House and Senate in the 2022 elections. Republicans would take over. Socialism averted.

If not, as in if the electorate actually wants a surge of redistribution, the result will ultimately be relative economic desperation. By definition. As in if it turns out Biden, Manchin and Sinema, along with Biden’s wildly rich supporters are all socialists, it’s possible that the U.S. will move in that direction. In other words, bad legislation overseen by Biden would bring on misery. And that would be a shame. Let’s hope what’s very unlikely (see the stock market) doesn’t happen. Of course, if the very unlikely does happen the views of voters will be changed quickly. Socialism’s fruits are bitter, and soon enough the failed ideology will be discredited.

And the U.S. will turn things around. We always do the right thing in the end. We’re not nearly as fragile as the “patriots” on both sides believe. The croakers have never been right about the U.S., and the view here is that they’re not about to be.

This article, President Biden Can Talk Like a Socialist Precisely Because He Can’t Govern Like One, was originally published by the American Institute for Economic Research and appears here with permission. Please support their efforts.