Princeton and the Woke Ballet 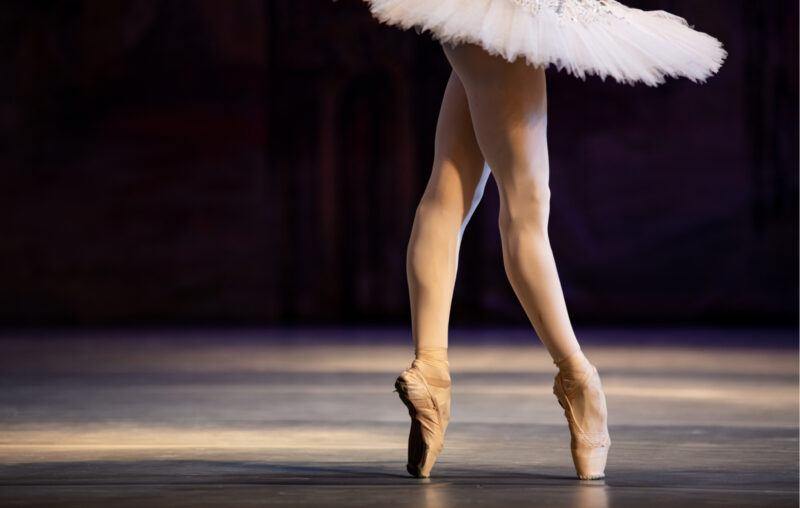 Harvard and Princeton, places where the elite gather to learn, also are places where they act out the wokeness of their tenured radical faculty mentors. Years ago, I gave a talk at Princeton. While there I attended a concert of the music department where Irish folk music was presented as if it were the cat’s meow, which is to say, on a par with the best of classical music. It wasn’t and isn’t. Like all folk music it is non-personal, non-individualistic. While it might provide pleasure, it will not invite insight. As the great black critic Albert Murray stated, the strength of Western civilization, and its arts, is its ability to provide for the voice of the individual artist, and preferably one of genius.

So what have the Princetonians been up to of late? In this case it is the Princeton University Ballet, which has produced in its manifesto the following:

Ballet is rooted in white supremacy and perfectionism. We are all entering this space with a mindset that what we see as perfect is a white standard. Unlearning that will be difficult but rewarding. Before we begin detailing our action plan, we want to acknowledge that our leadership and those who composed this plan are all white.

First of all, artists are bad at, and should not, produce manifestos. They should produce art, in the form of artifacts and performances. This is what artists, or the good or best ones, actually do. That ballet has been a primarily white activity is a historical truth. Or at least it was until the likes of Alvin Ailey and many other black dancers took up the form and extended it to include their unique visions. All Western arts were historically produced by mostly white men, because where these activities took place and developed were mostly inhabited by white populations. As for the historic rights denied women, this has been, and is being rectified in the 20th and 21st centuries. Just look at the composition of most of our major orchestras, and you will notice that they are about half female and half Asian.

As to the question of perfectionism, all of the arts demand skill and technique, which is produced by endless practice, the goal of which is to get as close to perfection as possible. Who wants to hear a cellist who can’t play in tune, or a dancer who does not move gracefully? Perfection is not a white standard, but a universal one that applies to all art forms in every culture. There is a reason that Yo Yo Ma and Carter Brey are revered as cellists, the former a soloist, the latter the principal of the New York Philharmonic; that Stravinsky is revered for his music; that Ravi Shankar was considered the consummate Indian Sitar player; that Balanchine is revered for his dances; that Michelangelo is esteemed for his Sistine Chapel; and that Robert Dick is considered the best experimental flutist of his age. All artists must put in the time to get as close to perfection as possible in their respective arts. When their technique and skill levels are so high, nothing gets in the way of their ability to communicate artistic matters of meaning.

We humans like, and take pleasure in, our contemporaries who can do extraordinary things. This is true in the arts just as it is true of sports. Why not tell the Princeton quarterback to try not to pass too well? After all it is only a sport, and why should he try to do it as perfectly as possible anyway? If he is white, is he displaying an unseemly desire for a white perfection? If he is black, is he displaying a black approach? Or is he (or she of course!) just trying to be the best, the most perfect, quarterback? Should we expect any less of a dancer? If so, would there be any takers who wish to be part of an audience knowing the dancers aren’t really trying very hard? Maybe we should proceed with Kurt Vonnegut’s facetious suggestion in his short story “Harrison Bergeron” that all dancers should wear weights on their ankles so that they can only jump as high as the rest of us.

People are united by a desire to seek those fundamental things which require no explanation or justification: Goodness, Truth and Beauty. We desire, strive, and seek this, as it transforms our lives, and informs us of what it truly means to be human. For dancers, it is to literally reach for the stars. It takes Ivy Leaguers from Princeton to somehow place this desire in the realm of ideological wokeness, and not comprehend it as a simple and beautiful ontological truth and necessity available to all.

This article, Princeton and the Woke Ballet, was originally published by the American Institute for Economic Research and appears here with permission. Please support their efforts.