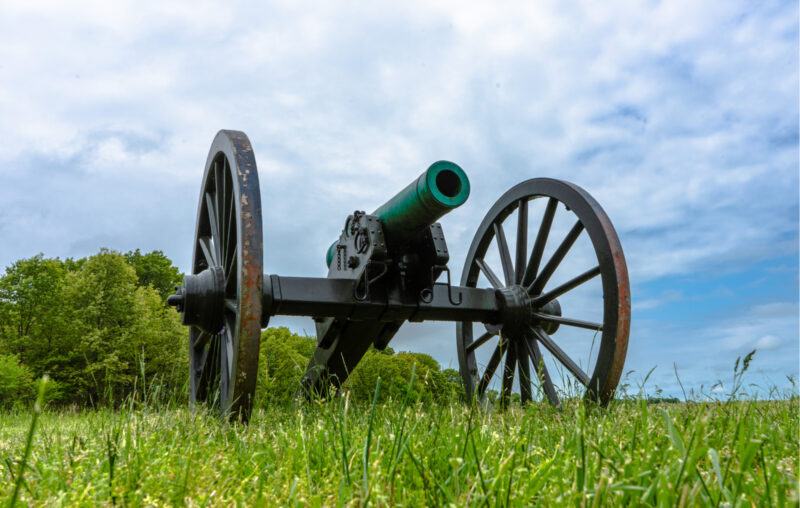 President Joseph R. Biden, Jr. claimed in a speech on Wednesday, 23 June 2021 that “The Second Amendment, from the day it was passed, limited the type of people who could own a gun and what type of weapon you could own. You couldn’t buy a cannon.”

Oh, Joe, all the things you don’t know! Your claims are factually inaccurate; Internet patriots should censor these particular ones as dismisinfoganda. Other fact checkers have already pilloried your ignorance of these matters! You, or at least your speechwriters, should read a book, literally my One Nation Under Debt (McGraw Hill 2008). In it, and the copious sources cited therein, you will find that private individuals could, and did:

And although I hesitate to bring this to Joe’s attention, individuals and nonprofits own cannon today. In 2019, for example, Brown’s Company of Artillery fired for five hours in Lebanon … the one in Connecticut. And the Ancient and Honorable Artillery Company, a private artillery company organized in Massachusetts in 1638, still exists! Yes, they fire smoothbore muzzleloaders, which remain completely federally unregulated to this day. Breech loading cannon with rifled barrels are federally regulated, but not banned.

Even though according to WaPo candidate Biden spent plenty of time in his basement during the pandemic apparently doing nothing, it would be unreasonable to expect that President Biden would have as firm a grasp on American cannon ownership as an economic historian like myself does. But all Americans should expect that their president won’t spread dismisinfoganda. Wasn’t that one of the reasons why we weren’t supposed to vote for Trump?

In short, it is high time that Biden apologize for breaking his campaign promise not to lie to the American people. And somebody should take down Googzon, Twitbook, Instatok, etc. for allowing his lie to spread over the interwebs because apparently their biggest fear is that somebody with a lot less influence than the president might communicate a dubious idea on one of their platforms and thereby end them forever somehow. Imagine what allowing presidential lies to circulate could mean for those patriots!

This article, Private Cannon Ownership in Early America, was originally published by the American Institute for Economic Research and appears here with permission. Please support their efforts.