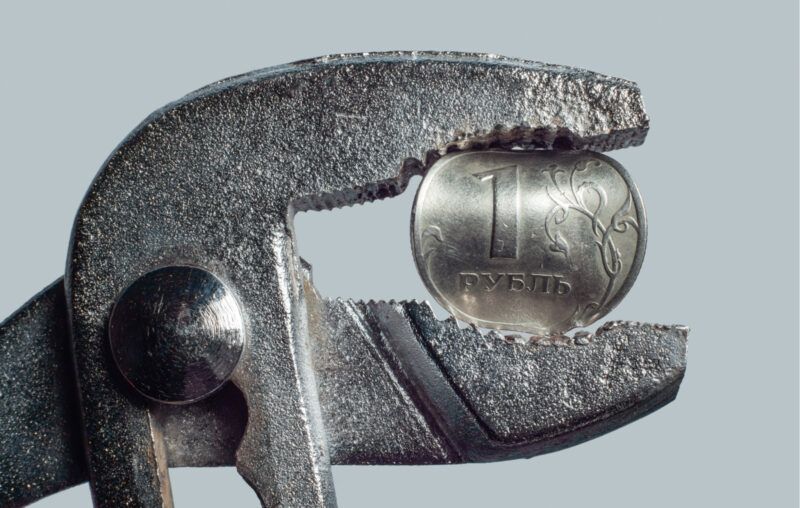 Russia’s attack on Ukraine is a terrible crime. The Russian government deserves to be punished. However, the US and other nations, as well as their publics, shouldn’t target the Russian people, who also are victims of the Putin dictatorship. To the contrary, contact with Russians outside of their government should be expanded when possible.

Most brutal conflicts are little noticed by anyone except those involved. Policymakers often make wars for foolish reasons and act with little public accountability. For instance, for the last seven years Saudi Arabia and the United Arab Emirates have bombed cities in Yemen and killed thousands of civilians. A de facto blockade has contributed to mass malnutrition, disease, and hardship that has killed hundreds of thousands of people.

Even worse, the US has provided and serviced the weapons used to do the killing. Other supposed moral leaders, such as the United Kingdom, also have enthusiastically accepted Saudi blood money to bolster the bottom line of their merchants of death. However, the public here and overseas basically hasn’t noticed. After all, the victims are, well, you know, Arabs, rather than—shock—Europeans!

In contrast, the Russo-Ukrainian war has become an unusual public spectacle. It is terrible and tragic, but as yet has caused nowhere near the casualties resulting from the Yemen conflict, America’s invasion of Iraq, Iraq’s earlier attack on Iran, Sudan’s civil war, and the lengthy but largely ignored international conflict centered on the Democratic Republic of Congo. Estimates of the dead in the latter, which ran from the 1990s into the 2000s, exceed five million people. About it Americans and Europeans said nothing.

In contrast, people know about Ukraine. The difference is its presence in Europe and consequent heavy press coverage, which have energized publics across the continent perhaps as never before. The dramatic rise in popular support for Ukraine, not evident for victims of aggression elsewhere, encouraged political leaders to accelerate and toughen economic sanctions.

Another impact has been to spur private people and organizations to target anything Russian. For instance, organizers of the 2022 Farnborough International Airshow have barred Russian participation: “Our hearts go out to the people of Ukraine, and everyone affected by the current situation. We continue to hope for a timely and peaceful resolution.”

US oil companies have fled the Russian market, exiting partnerships and investments. DaimlerTruck Holding AG also has departed. Ports are planning to block Russian ships. Washington has banned Russian airlines from using US airspace to put “an additional squeeze on their economy.” And American airlines are avoiding Russian airspace even though Moscow has not barred their flights.

The assault on all things Russian has gone from the mega to the micro. Apple and Nike are halting product sales. Utah, New Hampshire, North Carolina, and Ohio have banned Russian-made alcohol from state stores. Utah Gov. Spencer Cox explained that “Russia’s ruthless attack on a sovereign nation is an egregious violation of human rights,” a statement ironically true of many nations supported by Washington over the years. He added: “Utah stands in solidarity with Ukraine and will not support Russian enterprises, no matter how small the exchange.”

Yet Russia is not the Soviet Union. “Russian enterprises” are not necessarily government-controlled. And the Russophobic tsunami is also wiping out sports, culture, and media engagement.

For instance, FIFA and the Union of European Football Associations have suspended Russian teams. Without irony the International Olympic Committee, whose most recent achievement was the Winter Games in the People’s Republic of China, a repressive state rapidly returning to Maoist totalitarianism, urged barring Russian and Belarusian athletes and officials from competition “to protect the integrity of global sports competitions and for the safety of all the participants.”

The International Ice Hockey Federation banned teams from those two nations from “every age category and in all IIHF competitions until further notice.” So did the International Ski Federation. The International Skating Union prohibited skaters from Belarus and Russia from competing and said it “will take additional steps if and when required,” whatever that means. Thus, observed USA Today “the three teenagers heralded as the best in the world” will not be allowed to compete.

The International Tennis Federation suspended Belarus and Russia from team events. The Ukrainian Tennis Federation also demanded that citizens from those nations, including new world number one Daniil Medvedev, be banned. UTF board member Seva Kevlych said Medvedev, who has criticized the war, “shouldn’t play in the French Open, US Open and Wimbledon.” In a small victory for common sense, the ITF, along with the Women’s Tennis Association and Association of Tennis Professionals, said Medvedev and other Belarusian and Russian players could continue competing “for the time being.”

Academic cooperation is suffering. Reported Nature: “Some organizations in Western nations have moved quickly to sever links with Russia—cutting off funding and resources and ending collaborations with Russian scientists.” Ukrainians are advocating a boycott of Russian academics, including barring publication in the West. Even though, noted Nature, “in a letter organized by researchers in Russia and signed by more than 5,000 people, scientists strongly condemn the hostilities.”

Reason’s Christian Britschgi noted that conductor Valery Gergiev is losing engagements and might be fired by the Munich Philharmonic, while “the Metropolitan Opera of New York and Carnegie Hall have both also said they won’t host performers who’ve supported Putin.” By what measure, and whether later repentance is recognized, was not specified.

Russia’s invasion is a crime that cannot be justified. Moscow had legitimate complaints about American and allied behavior, but that is in the past. None of them warranted committing aggressive war against Ukraine, attacking Ukrainian cities, and causing mass death and destruction. The decision was made by President Vladimir Putin and will be his principal legacy, not only as dictator but as criminal.

His misbehavior, backed by what appears to be a shrinking circle of core supporters, should be the target of the West and, indeed, by people of goodwill everywhere. Although no vital US security interests are at stake that would warrant military involvement, Americans should be revolted by Moscow’s conduct. The invasion justifies government sanctions against regime leaders and supporters. It also justifies broader measures to weaken the Russian state, even if they strike beyond the regime.

However, Washington should not target Russians generally and should eschew measures that hurt them with minimal effect on government misbehavior. The Trump administration was particularly fond of the idea that starving people into submission would cause them to revolt. If not that, then at least their poverty would deny the regime resources to engage in behavior the US opposed. This policy failed in Cuba, Venezuela, Iran, Syria, and North Korea.

Penalizing the innocent in this way is grotesquely immoral. It makes oppressed people double victims. That is the case in Russia.

Nor is such a strategy likely to be any more effective against Moscow. In fact, dissent already is rising in response to the war rather than sanctions, which have only begun to bite. Moreover, attempting to segregate the entire country would be dangerous. Imagine the Russian Federation as a giant North Korea, only bigger and with many more nuclear weapons. And controlled by an increasingly repressive and isolated leader, who also appears to be increasingly paranoid and desperate. Shutting this state off from the world is precisely the wrong strategy.

Private people and organizations operate on a different standard, of course. And distaste for someone’s political views can be reason enough to avoid someone. However, if the objective is to actually help Ukrainians, then banning all things Russian makes no sense. Noted Britschgi: “The link between the two goes woefully unexplained. Russian tanks have entered Ukraine, so Disney’s films can’t enter Moscow’s cinemas?”

Nationality alone is not a good reason to bar individuals from sports competitions, prevent people from viewing movies, or stop researchers from contributing to academic journals. Indeed, at a time when official contacts are cratering, only private contacts are likely to remain. Far better to retain that channel of communication and fellowship, especially with people who have no control over their government’s behavior.

There especially is no reason to single out individual Russians. The West engaged in cultural exchanges and sports competitions with the Soviet Union and its authoritarian satellites. Today the US and Europeans avidly engage Saudis even as Riyadh wages a bloody aggressive war against Yemen. Despite criticism of the US government for its horrid Iraq misadventure, there was no global boycott of Americans.

Instead of thinking of new ways to punish Russians, Americans and others of goodwill should look for ways to help Ukrainians. Aiding refugees and allowing them into America would be good places to start. Once the war ends, Ukraine will need help to rebuild. Through it all critics of Putin should continue to engage Russia and Russians. Ultimately the world will be safer if the Russian Federation does not become another North Korea.

This article, Punish the Russian Government, Not the Russian People, was originally published by the American Institute for Economic Research and appears here with permission. Please support their efforts.