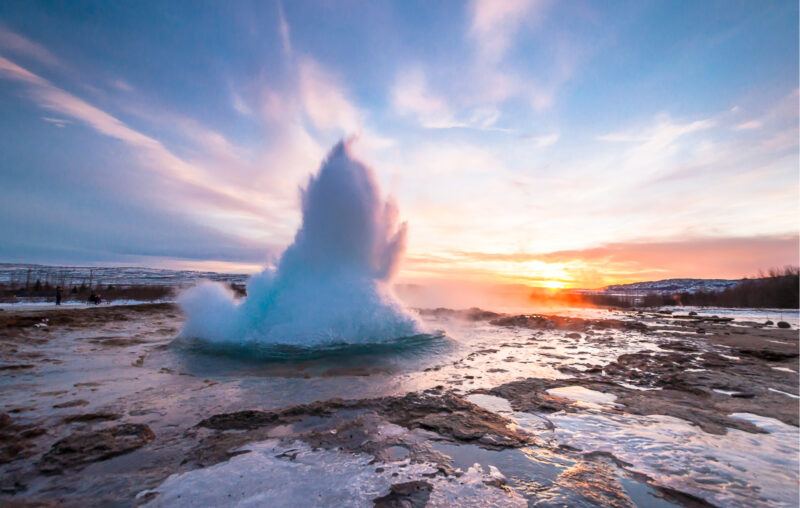 Through Heather Heying and Bret Weinstein’s new book, A Hunter-Gatherer’s Guide to the 21st Century, runs a deep message of reality. We can’t detach ourselves from the evolutionary past that made us, or separate our connection to reality. We should all be very careful with overruling long-standing advice given to you by culture or encoded into your genome, and be very careful when you meddle with complex adaptive systems that you don’t fully understand.

Our world, they say, is hypernovel, by which they mean a world in which so many new things have arisen that our genome – and by extension, culture – has trouble keeping up. The classic example is hunger and a desire for sweetness that, coupled with abundant food, becomes maladaptive, so much so that enlarged girths, heavier bodies, and a plethora of poor health outcomes followed. In every domain of life – schooling, mate selection, nutrition, health, becoming adults – in the 21st century “we face novel levels of novelty, and selection simply can’t keep up.”

Following Greg Lukianoff and Jonathan Haidt, Heying and Weinstein point to people’s failure to process others’ ideas cognitively – and the emotional fragility seen across American universities – as largely a problem with growing up. Practically speaking, believing the many strange things that, say, woke activists or sociology professors do, “works” only because there is no longer any noticeable punishment for believing nonsense. In many intellectual circles, the price for holding faulty ideas is zero – or even negative. Heying and Weinstein eloquently capture the connection to a biting reality:

If you have not thrown or caught many balls, or used hand tools, or laid tile, or driven stick shift – in short, if you have little or no experience with the effects of your actions in the physical world, and therefore have not had occasion to see the reactions they produce, then you will be more prone to believing in a wholly subjective universe, in which every opinion is equally valid. Every opinion is not equally valid, and some outcomes don’t change just because you want them to. Social outcomes may change if you argue or throw a fit. Physical outcomes will not.

“No carpenter,” they emphasize, “or electrician could believe that all of reality is socially constructed; no forklift operator or sailor could.” While the ruthless discipline of the market is a little more arcane than the physical laws governing a forklift, the point stands: People can only defy the hard reality that market prices present for so long, before creditors and bankruptcy force factors of production out of their hands; if customers don’t value their product, throwing a tantrum does nothing to help.

What’s obvious in their book is how well their evolutionary lens and skeptical-inquisitive nature generalizes into fundamental economic insights. On a recent podcast, the authors made this point explicitly. Regarding their involvement with the University of Austin project: “A mind skilled in understanding how adaptive evolution works is then a mind that is actually well-prepared to understand things like economics.”

Economics’ most successful export might be TANSTAAFL – there ain’t no such thing as a free lunch. Everything comes with a cost, which economists think of as “trade-offs:” that which people otherwise could have done. Markets, too, are adaptive evolutionary processes with too much complexity for central planners to improve upon.

If pecuniary externalities were obvious market failures that learned intellectuals could adjust, it wouldn’t be that hard for these intellectuals to outcompete the poorly performing incumbents in real-life markets. Put your money where your mouth is. The fact that the incumbents remain and the intellectuals keep drawing curves on blackboards instead of amassing riches should have us lean against the intellectual’s grand explanation (“If you’re so smart, why ain’t you rich?” McCloskey taught us).  We easily understand that whatever is might be so for a fundamental reason; uprooting it comes with unknown costs. Beware Chesterton’s fence.

If your model of aerodynamics says that bumblebees can’t create enough lift, while they cluelessly buzz around your garden, the error is in your model – not in what those poor insects do. Reality decides.

The authors describe how doctors, long into the 20th century, couldn’t figure out what the large intestine was doing and recommended that it be taken out. Still to this day, we tell children that the human appendix is superfluous and one of nature’s mistakes – no doubt correctable by an interventionist medical profession, instead of considering that perhaps something major changed in our lived environment in the last few centuries. The lesson, in adaptive evolutionary systems like biology or economics, is not to meddle with systems before you know – precisely and with overwhelming evidence – what its constituent parts do. And you almost never do.

The desire for quick fixes, implemented from above by wise rulers, should always come with heavy warning labels. Heying and Weinstein write:

The quest for magic bullets, for simple answers that are universally applicable to all humans in all conditions, is misguided. If it were that easy, selection would almost certainly have found a way. Think you’ve found a solution that is too good to be true? Look hard for the hidden costs.

Excellent evolutionary biologists, Heying and Weinstein’s fame derives from speaking sense to madness. First, in response to woke forces taking over Evergreen State College, where they taught; and second, making sense of the Covid debacle with their DarkHorse podcast. The error overshadowing most others, in economics and ecology – medicine included – is that correctable mistakes abound, and that wise overlords can improve upon what an adaptive evolutionary system already made. For this, Heying and Weinstein takes the medical profession to task:

Following directions when the people giving them seem to have no idea what they’re doing, or why, is neither honorable nor smart. The medical system has been reluctant to take up evolutionary thinking, opting instead for pharmaceutical fixes that too often create new problems, and mask rather than cure the old ones. […] When all you have is a knife, a pill, and a shot, the whole world looks as though it would benefit from being cut and medicated.

Most invigorating about the book’s tour-de-force is the authors’ advice for living better, most of which – like an economic lens to most of life’s problems – are counterintuitive. Watch people’s actions rather than the words that come out of their mouths. Move your body. Eat real food. Go outside when the sun is out; don’t shy away from it, or drizzle sunscreen on your skin to inhibit your body’s uptake of Vitamin D (or blood pressure regulation and circadian rhythms). Be skeptical of “novel solutions to ancient problems.” Expose your kids, antifragile style, to risks – and contrary to American sensitivities, have them play without adult supervision.

You can fool a person, and they can fool you, but you can’t fool a tree or a tractor, a circuit or a surfboard. So seek out physical reality, not just social experience.

An evolutionary lens isn’t just a corrective for how to live in the 21st century and how to understand our modern predicaments. It also teaches you how markets work, what constraints reality puts on us, and how to consider outcomes you don’t like.

This article, Reality Decides, in Economics and Evolutionary Biology Alike, was originally published by the American Institute for Economic Research and appears here with permission. Please support their efforts.