Reducing Unemployment Is Not a Free Lunch 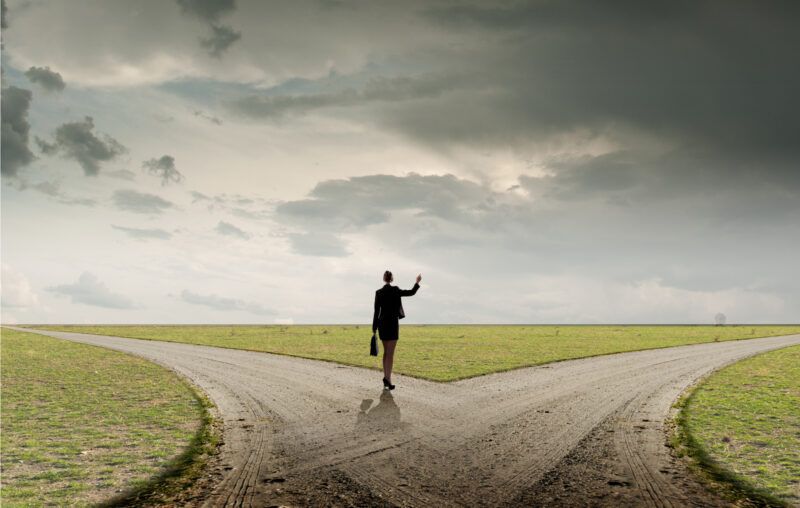 One of the fundamental lessons of Econ 101 is captured in the acronym TANSTAAFL (pronounced “tan-stah-full”): “There ain’t no such thing as a free lunch.” Of course, this acronym isn’t only about lunches. It’s a catchy way of conveying the inescapability and universality of scarcity. If you pay for your lunch, you have less money to spend elsewhere; your ability to consume things other than your lunch falls. But even if your lunch isn’t paid for by you, it’s not free; your lunch is paid for by someone. Someone has less to consume as a result of your consuming that lunch.

Stated differently, using labor and other resources to produce your lunch means not using those same labor hours and resources to produce some other output. This other, unproduced output might be an additional lunch available to someone else, or it might be something very different from food. The labor, land, transportation vehicles, electricity, and other inputs used to supply you with lunch could, with the appropriate training and engineering, have instead been used to produce clothing, housing, medical care, education, entertainment – almost anything. It follows that if you’re very hungry and consume two lunches, you or someone else must get by with even fewer amounts of other goods and services. Put in more-general terms, if society produces more butter, it must produce fewer guns.

TTANSTAAFL: There truly ain’t no such thing as a free lunch. No economic lesson is more important.

But this lesson is said by careless economists – and by hordes of central bankers and politicians – not to apply during periods of unemployment. When the employment rate of labor is below the level deemed “full,” many people proclaim the availability of free lunches – something for nothing! TISATAAFL: There is such a thing as a free lunch!

The reasoning that generates this remarkable conclusion is simple. High unemployment means the availability of lots of labor willing to work but unable to find jobs. Therefore, if through deficit spending or money creation government manages to increase “aggregate demand” enough to put these workers to work – that is, if through discretionary fiscal or monetary policy government successfully reduces unemployment – society gets more output without any sacrifice. We produce more guns and more butter.

High unemployment unquestionably reduces total economic output, and makes almost everyone, rather than just the unemployed, less prosperous than they would be were full employment always to reign. But to infer from this fact that government spending or money creation that reduces unemployment creates free lunches is invalid.

Most obviously, unemployed workers attach some positive value to their leisure (and to whatever household chores they complete as a result of their being unemployed in the market). We know this to be true because most unemployed workers could soon find employment if they were willing to work at wages below the wages that these workers are currently asking. The unemployed factory technician who just lost her job that paid $35 per hour could probably find a new job immediately if she were willing to work as a cashier at McDonald’s for the minimum wage. While considerations other than the value to her of leisure might be in play to dissuade her from seeking such entry-level employment, because she’d likely agree to work as a cashier at McDonald’s if that restaurant offered her an hourly wage close to $35, her refusal even to seek such employment strongly suggests that she does indeed attach some value to leisure (although, of course, not enough to keep her from accepting employment at a substantially higher wage).

The argument is not that this worker is lazy or that losing her factory job is a disguised blessing. The argument is merely that the typical unemployed worker attaches some positive value to the extra leisure. The fact that the value of this leisure is less – likely much less – than is the value to the worker of working at wages at least as high as the wages she was previously paid does not mean that the leisure from being unemployed has zero value. For most unemployed workers this value is positive. Therefore, when government stimulus ‘causes’ these workers to be again employed, one cost of the economy’s greater output is these workers’ lost leisure.

While I understand why this argument strikes many people as tendentious, I think it to be worthwhile. This argument makes clear that unemployed workers are human beings, each with his own subjective preferences, experiences, and expectations. Unemployed workers are not mindless, inanimate inputs available free of charge, or like slaves, to what Arnold Kling calls “the GDP factory.” Because the unemployment of these workers is caused to some degree by these workers’ own individual preferences, expectations, and choices, the above argument makes clear that each worker has an opportunity cost to the time that he or she spends on the job.

To dismiss the above argument as trivial is to ignore workers’ humanity. It is to treat workers as non-human inputs into the production of GDP – as individuals who have and experience value only when they are working to produce outputs sold in the market.

There are, though, additional reasons to insist that society gets no free lunches when ‘stimulative’ fiscal and monetary policies reduce unemployment. One such reason is almost completely ignored, yet at least warrants mention: Every use by government of fiscal or monetary policy to increase aggregate demand reduces the likelihood that future unemployment will be reduced by cuts in nominal prices and wages. Every attempt by government to ‘stimulate the economy’ intensifies employers’ and workers’ expectations that slowing sales and losses of jobs will be cured by government-engineered increases in aggregate demand. Workers who today might be willing to take pay cuts as a means of keeping their jobs become less likely to do so as they come to expect their jobs to be protected by government stimulus.

In short, regular use of discretionary fiscal and monetary policy makes prices and wages (as economists say) more “sticky downward.” Because nothing is as important to the successful, productive coordination of vast numbers of highly specialized producers as is the information conveyed by market-determined prices and wages, policies that distort or slow the operation of the price system impose on society the ‘cost’ of this distortion and slowing.

​​It’s commonplace today to assert that nominal wages are “sticky downward,” and to use this fact to justify steady, modest inflation. Steady, modest inflation is now believed necessary for bringing about necessary wage cuts – wage cuts achieved by inflation-induced reductions in the real value of nominal wages. But what would the American economy be like today if the value of the dollar had not been so steadily and substantially reduced since the creation of the Fed, and had Keynesian-inspired discretionary fiscal policy never been adopted? Might nominal prices and wages be more flexible downward? And might unemployment be more reliably kept to a minimum, not by politically motivated and poorly informed politicians and central bankers, but instead by information-rich private market forces, including nominal wage cuts in industries experiencing declines in demand?

This summary of some of the ‘costs’ of discretionary fiscal and monetary policies ignores additional concerns expressed by Austrian economists. One such additional concern is the fact that, in practice, government stimulation of aggregate demand unavoidably raises some prices and wages before it raises others. This distortion of relative prices disrupts the market’s ability to accurately inform market participants of the best uses of their resources.

The above considerations don’t prove that discretionary fiscal and monetary policies aren’t worth their costs. Perhaps they are, for to the extent that these policies reduce unemployment, they yield real benefits. But these benefits are not cost-free. Whether the benefits of such policies are worth their costs is a separate, empirical question. It is a question that ought to be asked and answered. Unfortunately, however, it is a question that is thoughtlessly swept and kept off the table by the careless habit of asserting that reductions in unemployment – and the resulting increases in market outputs – brought about by discretionary fiscal and monetary policies are a free lunch. After all, there’s no point in doing a cost-benefit analysis of policies that are believed to produce benefits without costs. This belief, alas, is unwarranted.

This article, Reducing Unemployment Is Not a Free Lunch, was originally published by the American Institute for Economic Research and appears here with permission. Please support their efforts.