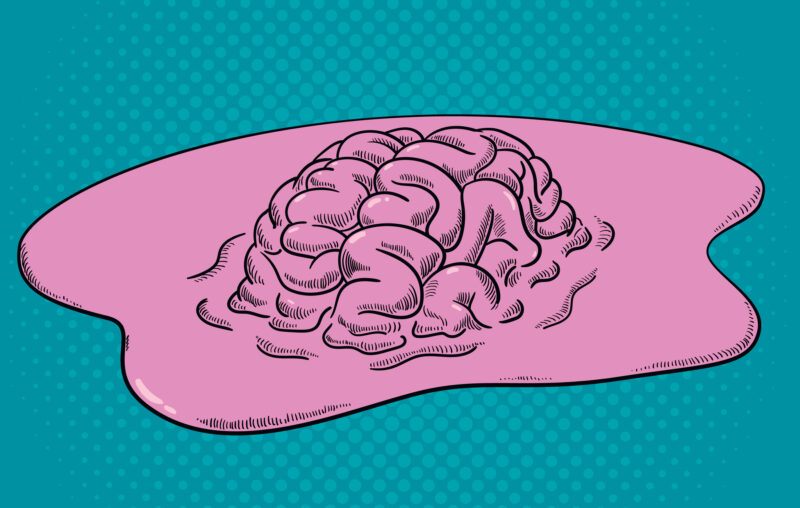 The economic illiterati are an unfortunately durable breed. There is little question that the U.S. has already entered a recession. The spectacle of the administration’s redefining what constitutes a recession, and the enthusiasm with which economically clueless media cheerleaders and so-called “independent fact checkers” parrot the party line is laughable. Kafka could have made a nice thing of this. What is unusual about the current recession is that unemployment has remained low—thus far, but wages are largely stagnant. This is because of the inflation, which is also not a typical feature of recession. Prices rising so rapidly leave entrepreneurial planners no good way to estimate how long the inflation will last or how bad it will get. As a result, they lack the confidence in their own expectations to justify offering the higher wages that would enable them to hire the workers they still want. It’s the inflation that’s given us the shortage-plagued labor market.

Former Labor Secretary Robert Reich gives an especially wrong-headed take on the Fed’s modest moves toward responsible monetary policy. In his blog he deplores raising interest rates. He correctly notes that higher interest rates will make borrowing more expensive, lower investment spending, and slow down the economy. That’s what they’re supposed to do. He avoids weighing in on whether we’ve already entered a recession, but his view is that tight monetary policy will do nothing to fight inflation but instead will either worsen the recession or push us into one. Unfortunately, at this point that’s unavoidable.

Interestingly, Reich doesn’t seem to realize that the last decade of unhinged government spending—the national debt now stands at $30 trillion and counting—combined with the inflation caused by an almost comically accommodative Fed, is what put us in this predicament. No, according to Reich, higher prices are due to the pandemic, which suppressed demand and created global supply chain problems, together with Russia’s invasion of Ukraine, China’s overzealous lockdown policies, and of course, capitalist greed. Large corporations are exploiting their unprecedented monopoly power to raise prices, falsely and immorally claiming that, like business taxes, higher production costs have to be passed on to consumers.

Monopoly comes from two sources—the firm’s product satisfies consumer wants better than that of its competitors—justifying higher prices, or the government shields the producer from competition. The first is always beneficial. The second never is.

Reich deplores the state of the U.S. labor market because wages are not rising to match inflation. Reich correctly points out that inflation disproportionately burdens the poor, but the solutions he proposes would only hurt them more. To fight inflation, he advocates (1) a windfall profits tax on oil and food, (2) price controls on drugs, (3) expanded antitrust enforcement (4) a new tax on stock buybacks, and (of course) (5) taxing the wealthy.

I addressed windfall profits taxes on petroleum in an earlier article. Back in the 1980s windfall profits taxes on energy gave us gas shortages and skyrocketing energy prices—which freer energy markets could have alleviated or even avoided entirely. Windfall profits taxes on food seem never to have been thought of before, so Reich deserves some “credit” for producing one of the worst policy ideas in decades—and these have been decades of unbelievably poor policy proposals—this would give us the same kinds of shortages and skyrocketing prices for food as it delivered for oil in the 1980s. Never mind that this will inconvenience the rich, but severely impact the poor. To punish producers a little, to some it’s worth punishing consumers a lot.

Price controls on drugs may be popular and politically expedient—believe it or not, Nixon-era wage and price controls were wildly popular at the time, but like any price controls they will only create further shortages, and also discourage the research needed to produce new drugs.

Reich also wants an antitrust crackdown on monopolies. He apparently views all monopolies as equally bad, whether they are conferred by consumer preferences or government fiat. In fact, many large and established firms lobby the government intensively to burden their markets with expensive regulations, which as large firms they are well-equipped to pay, but small startups are not. This shields large firms from market competition that would lead to lower prices and benefit consumers. Consumers pay the cost of government-conferred monopoly directly, and it’s paid indirectly by the entrepreneurial startups that never get off the ground. This kind of monopoly would not exist without government intervention, and the government could easily end them by allowing freer markets.

But other firms are monopolies, or at least capture large market share, because they are innovative and satisfy consumer wants better than their competitors. These firms, which particularly benefit consumers, are already disproportionately vulnerable to an antitrust crackdown. If the government says you can operate as a monopoly and helps shield you from competition with special regulatory favors, under the Anglo-American common law doctrine of entrapment by estoppel, you’re protected from most antitrust prosecution. You would have to look back to Mussolini’s Italian fascism to find a comparable economic environment for large, protected firms. For competitive firms that gain market share by satisfying consumer wants and competing successfully, it’s going to be open season from antitrust enforcers. Apparently in Reich’s view, their success demonstrates less their effectiveness in satisfying consumer wants but rather their pernicious predatory nature.

Reich also wants a tax on stock buybacks. Corporations dilute the ownership rights of existing shareholders whenever they issue additional stock. Buying the stock back undoes this dilution of ownership, so it directly rewards shareholders who participate in the buyback, who surrender their ownership in the firm, and indirectly rewards the remaining shareholders whose ownership rights become more concentrated. Traditionally, issuing extra shares was done to raise money for the firm, but the situation is really more nuanced because in recent years this was often done to compensate executives. This form of non-salary compensation is essentially costless to the firm, though not to existing shareholders who see their value diluted. This kind of compensation is also particularly valuable to the executives who receive it, and since a firm’s top executives often play a major role in awarding themselves this kind of compensation, it’s little wonder that corporations have been doing more of this in recent years. (I talk about this extensively in chapters 6-8 of my book on Executive Compensation.

What’s somewhat surprising is that Reich only seizes on the flipside of this development. Reich proposes discouraging firms from undoing the dilution in share value through buybacks. When a corporation decides it has issued too much stock, it can take some earnings which otherwise might have been paid to workers as higher wages or reinvested in the firm’s productive activities, and buys back its own stock. This lowers the number of shares outstanding, and all things equal, raises the value of the remaining shares. If corporate management own significant shares, they benefit directly.

Clearly both sides of the process raise significant conflict-of-interest questions. Reich wants to discourage buybacks with a punitive tax, which should also indirectly discourage issuing extra shares in the first place. This would raise revenue for the government, but not anywhere near what we need to pay off a $30 trillion debt. This tax would make large corporations less competitive, less nimble, and less entrepreneurial.

Reich saves his most doctrinaire bad idea, raising taxes on the rich, for last. This plays well to certain constituencies, as it always will, but it can never raise significant revenue until and unless it’s extended far down the income spectrum so it cuts deep into the middle class.

This article, Reich Strikes Out, was originally published by the American Institute for Economic Research and appears here with permission. Please support their efforts.