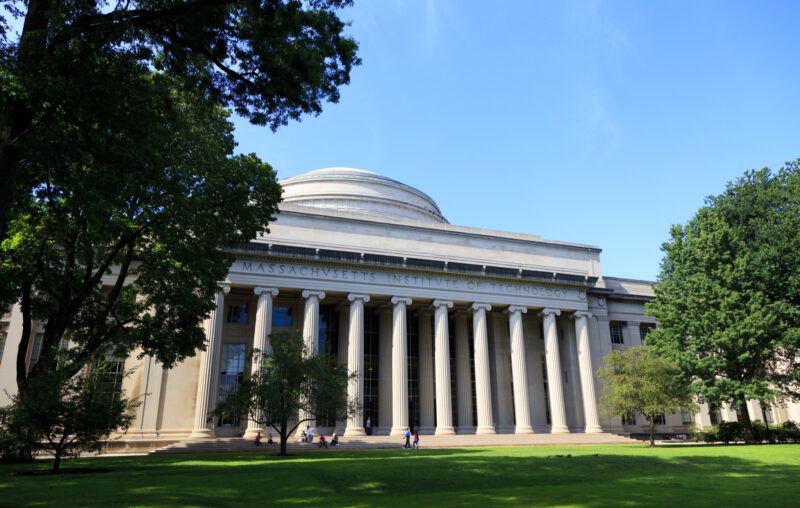 Jay Bhattacharya invited me to participate in a one-day conference on COVID policy. The conference was held at M.I.T. on May 16th. Here are the remarks that I prepared for that event.

Thanks. I’m honored to be here, and I thank Jay especially for inviting me.

I’m an economist specializing in trade and antitrust. But I also spend much time promoting the power of basic economic reasoning. I believe that basic economics has an especially important lesson for the pandemic. Unfortunately, it’s a lesson that nearly everyone in power ignored.

The most obvious application of economics to the pandemic is summarized by the term “negative externalities.” What’s called a “negative externality” occurs whenever one person, or a group, acts in a manner that harms non-consenting third parties. Because in liberal society no one has the right to impose uncompensated harms on others, some action is needed to prevent these harms, or at least to reduce them to acceptable levels.

At this point in the argument, it’s common – because it’s too easy – to leap to the conclusion that the only agency that’s practically positioned to arrange for the prevention of external harms is government. Government can simply order those who act in harmful ways to stop doing so. Alternatively, government can tax those who act in harmful ways. If applied with sufficient care, these taxes will result in a sufficient reduction in the harmful activities.

This is mainstream Econ 101. It’s also, though, a good description of mainstream Econ 999. The advanced course goes into more detail than does the introductory course on the precise techniques for assessing and measuring external costs, and which particular policies are best for government to use to achieve “optimal” results. But the basic analysis is the same in both courses.

Yet mainstream economists, in my opinion, are too often too lazy when thinking about externalities – a laziness that showed up in a slew of poor commentary on COVID and COVID policy.

Stay-at-home orders are one means, or so it’s widely believed, of preventing the virus from spreading. Other means are said to include school closures, travel restrictions, “social distancing,” mask wearing, and vaccination.

Nevertheless, the leap from the postulated effectiveness of these measures at reducing viral spread to the conclusion that government-mandated lockdowns, mask wearing, and other such measures are thereby justified by economic science as appropriate interventions for reducing this negative externality does not automatically follow.

Although many economists, along with politicians and public-health officials, made the leap from the correct fact that “COVID is dangerous and contagious” to the conclusion “therefore, lockdowns and other government mandates and restrictions are economically and ethically justified,” this leap skipped a crucial step. Had this crucial step not been skipped, events of the past two years might well have played out far differently and better.

The missed step that caused what I believe to be a calamitous misstep was identified more than 60 years ago by an economist who was, in 1991, awarded a Nobel Prize largely for his pioneering analysis of externalities: the late Ronald Coase. Coase was no obscure scholar, and his most famous paper on this topic is no obscure publication: “The Problem of Social Cost,” first published in 1960 in the Journal of Law & Economics, is one of the most cited economics papers ever published.

And yet in the hysteria over COVID Coase was ignored.

What did Coase say that’s so important yet that was missed? To put Coase in popular parlance, what most policymakers, pundits, and economists missed is the fact that it takes two to tango; that is, it takes two, or at least two, to externality. More dryly, all externalities are “bilateral.”

Smith cannot harm Jones unless Jones is in a position to be harmed by Smith. The neighborhood residents who are harmed by soot emitted from a nearby factory smokestack would not be so harmed if they lived further away. People who live near an airport would not suffer the disturbance of airplane noise if they lived elsewhere.

As stated, this reality sounds trivial. And indeed it is trivial. Yet it’s a reality with three key implications that are frequently overlooked in discussions of externalities.

The first key implication is that, because the harm wouldn’t occur if one or the other of the parties had chosen at some point to act differently, each of the two parties to the harm can be said, in a purely physical sense, to “cause” the harm, which implies that neither of the parties alone “causes” the harm.

Second, it follows that the harm can be reduced or eliminated by actions taken by one or the other (or by both) of the parties. Just because the factory’s smokestack emits soot that falls on nearby homes doesn’t necessarily mean that responsibility for mitigating the harm should fall on the factory owner. Maybe it should, but maybe it shouldn’t. The conclusion that the factory should be held responsible doesn’t follow as a matter of logic from the situation. An alternative means of avoiding the harm is for the residents to take steps to protect themselves from the factory’s soot, which brings us to the third implication:

The reason the example of a factory’s emitting soot onto nearby households seems so easy is that our instincts scream, probably correctly, that the lowest-cost avoider of this harm is the factory. From the limited details of this hypothetical, it’s almost certainly the case that putting a scrubber on the smokestack, or switching to a cleaner source of power, is less costly than having each of the homeowners suffer the soot or attempt individually in their own ways to protect themselves from the soot.

But suppose the factory had been in its current location for decades, surrounded by no one for miles, with its soot falling harmlessly to the ground, affecting no third party. Now along comes Jones who wants to build a home on land close to the factory.

You overhear Jones’s wife point out the existence of the factory and its soot emissions, and then ask her husband, “Why not build our new home just a few miles away, in a location nearly as convenient as this one, but that is clear of the soot? Choosing that other location is easy and will cost us no additional funds.”

Then Jones responds: “Nah. We’re going to build here and then sue to have the factory stop emitting soot.”

The assessment of the case is now not so simple. It’s now at least plausible to identify as the party who legally causes the harm, not the factory owner, but the homeowner, Jones. If Jones can build a home just as nice and in a location nearly as lovely and as convenient as is the location near the factory, isn’t it at least plausible that the low-cost avoider of this harm are the Joneses? And would it then be economically or ethically appropriate to compel the factory to eliminate the externality at a cost higher than Jones would have incurred by building in a different location?

Examples such as this one reveal that our moral sense of who “causes” an externality depends on our economic sense of which of the two parties to an externality is the lower-cost avoider. And so the lowest-cost avoider of a dangerous respiratory virus is not necessarily each of us as breathing human beings going about ordinary affairs of life.

Perhaps, instead, the lowest-cost avoiders are the vulnerable.

In fact, I think that there’s no “perhaps” about it. Because COVID overwhelmingly reserves its dangers for the very old and the seriously ill, it’s relatively easy to identify the vulnerable and to focus protection on them, while letting the rest of humanity go about life unmolested.

Of course, this policy is precisely the one recommended by the Great Barrington Declaration, a declaration that, I am sure, Ronald Coase would applaud.

You will all recall that the public reaction to the Great Barrington Declaration was hysterical and uninformed and, thus, unscientific (to put it mildly).

One of the many objections to the Declaration, an objection that I encountered countless times when defending it, is this: “Focused Protection is impractical! We don’t really know how to do it.”

To which I say: Nonsense! Here’s a way, admittedly extreme but nevertheless a way: Wear hazmat suits.

Industrialsafety.com sells hazmat suits for $200 each. If the US government purchased three for every man, woman, and child in America, the total cost would come to roughly $200 billion – a rounding error of the amount of money so far spent by federal, state, and local governments in response to COVID.

Each American would then have had the option of wearing a hazmat suit or not, while everyone would be free to go about life as normal.

“Insane!” you likely say. “A world in which large swathes of the populace are going about wearing hazmat suits is bizarre and impractical! Even dystopian!”

To this assertion I ask what one of my law-school professors, the economist Charlie Goetz, insisted is the single most important question for any economist to ask: As compared to what? How does the wearing of hazmat suits compare to what humanity actually endured over the past two years? I think the comparison is favorable to hazmat suits.

Of course, in reality Focused Protection would not require the elderly and vulnerable to wear hazmat suits, although they’d be free to do so if they wished. (I literally saw a young woman in November 2020 board a flight from Washington to Dallas wearing a hazmat suit.) Enterprising and caring health officials would have found other, more conventional ways to focus protection on the vulnerable, ways that would indeed have been less bizarre, impractical, dystopian, and surreal than the wearing of hazmat suits, but, and here’s the important point, much less bizarre, impractical, dystopian, and unreal – yet also far more effective at saving lives – than was the gruesome experiment inflicted on humanity since early 2020.

This article, Remarks Delivered at a May 2022 Covid Policy Conference, was originally published by the American Institute for Economic Research and appears here with permission. Please support their efforts.