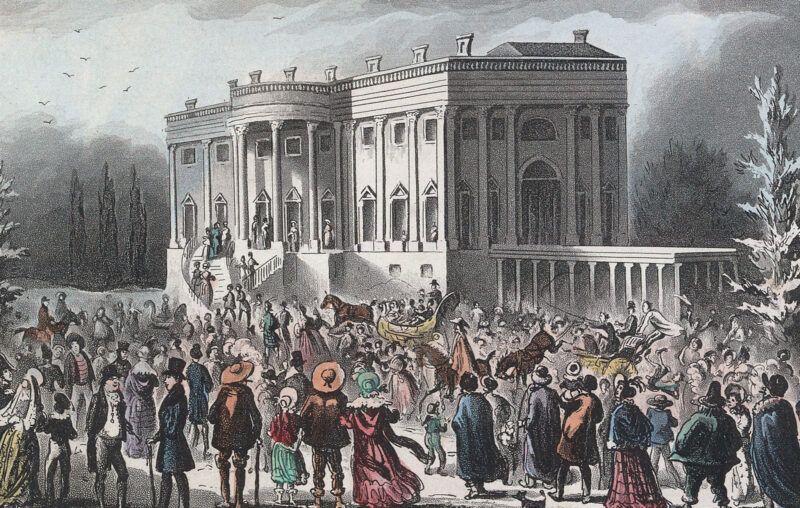 Lord Acton, the famous British liberal Catholic historian, once quipped that “Power tends to corrupt, and absolute power corrupts absolutely” and added that “Great men are almost always bad men.” Those quips have been repeated ad nauseam in polite society – most often in attempts to appear wise and brilliant. Its use is so commonplace that it is now banal.

This is unfortunate, as there is a deeper meaning to the quote once one reads the rest of the passage from which the quote is lifted. Acton was in fact chastising a fellow historian who had been too apologetic of popes who had done bad deeds. He argued that rulers, dead or alive, should be held to a higher standard than common men, with the judgment becoming harsher with greater powers. Historians must be those who rendered judgment, as “historical responsibility” needs to “make up for the want of legal responsibility.” They must also be the executioners of the reputations of rulers. “Hang them higher” is the motto that such executioners of rulers’ reputations should live by.

Patrick Newman, in his Cronyism: Liberty versus Power in Early America, 1607-1849 published late last year, unconditionally accepts Acton’s call. Following in the footsteps of Murray Rothbard and his Conceived in Liberty, Newman makes clear that America’s political history to 1849 is essentially a tug of war between the “forces of power” (i.e., mercantilists) who favored a strong state, and the “forces of liberty” (i.e., libertarians, classical liberals) who favored a limited state and free markets.

Newman argues that British colonial America shared many similarities with French and Spanish colonial America. Strong mercantilist policies (e.g. navigation laws, manufacturing prohibitions, protective tariffs, state-chartered monopolies) were the common denominator. The only difference is that, for some reason left largely undiscussed by Newman, the British were far less able to enforce said policies. As such, liberty (and its defenders) could thrive in the British colonial world in ways that it could not in other portions of the New World (or in the Old World). The American Revolution was, in Newman’s description, a pushback against attempts to enforce mercantilism by Britain. The Revolution was an anti-mercantilist victory (Newman would say a “libertarian” victory) for the “forces of liberty.”

While mercantilist policies were poorly enforced, the ideas behind them remained present. As such, the country’s independence from Britain meant that mercantilists in America could start lobbying more effectively for such policies. Well-versed in public choice theory, Newman departs from widely shared conventions among public choice theorists and their view of the Constitutional Convention of 1787. Rather than a victory for an open-world order that constrains the ability of rulers to use their power to trade economic rents with interest groups, the Convention was a complete but temporary victory for mercantilists.

Above, I say “temporary” because Jeffersonians and their allies began to reinterpret the Constitution in an anti-mercantilist manner. Upon ascending to power in 1800, they used the tools that mercantilists thought would ensure their perpetual dominance to roll back mercantilist policies. That rollback was, temporary, as Jeffersonians were eventually corrupted by power and began to favor mercantilist policies. Thus, the waltzing between “liberty and power” began, and it repeated itself once more with the Jacksonian revolution, whose artisans were also eventually corrupted by power.

This depiction of America’s antebellum history is unique, and it is a valuable contribution that should not be dismissed casually.

First, it must be noted that Newman’s depiction of the Constitutional Convention of 1787 is uniquely excellent. To be sure, Newman’s depiction of the convention as a mercantilist victory is not novel. Murray Rothbard expressed it before, but only in scattered articles and in his unpublished fifth volume of Conceived in Liberty. Robert McGuire, in his To Form a More Perfect Union proposed a roughly similar argument. However, McGuire’s writings are intended for readers with strong technical skills in econometrics which, while immensely valuable, are inaccessible to laymen. Newman’s contribution is to make a cogent case with sufficient details in a format that reaches many. Anyone seeking to provide meat to the argument that America’s constitutional origins are not to be wrapped in the clothes of virtue and idealism will have to start with Newman’s book.  For that reason alone, the book should be held in high regard and it should occupy a place of honor in anyone’s library.

Second, Newman’s case is much stronger than he makes it out to be. Many historians will balk at its strong dichotomy between the “forces of liberty” and the “forces of power” with the former being the one that delivers widespread improvements in human well-being. This dichotomy, some historians would argue, is infirmed by empirical observation. If the forces of power had the strongest hand in making the country’s institution, then they should get credit for the economic growth observed in America (and compared to other areas). As America grew faster than the Old World, faster than its northern neighbor (British North America), and faster than Latin America, the forces of power must not be as bad as Newman makes them out to be.

However, Newman’s story fits very well with recent revisions to historical national accounts (i.e. the measure of economic growth). Take, for example, the recent article in Historical Methods by Frank Garmon of Christopher Newport University. Garmon revisited the data used to estimate income in the United States circa 1800 and found that the level was somewhat overestimated. Why is this relevant? Because lowering the level of income at that key date in the available data leads to higher rates of growth from thereon. As most of the 1800 to 1849 period is marked by pro-liberty individuals being in office (even if their commitment to the cause waned), this improves Newman’s case. In addition, this means that the decade from 1790 to 1800 – an era when the forces of power dominated – is going to exhibit less growth. This also improves Newman’s case and suggests that its explanatory power to explain broader trends in American economic history is not to be underestimated.

I cannot help but be impressed that Newman follows Acton’s call to use “historical responsibility” to “make up for the want of legal responsibility.” It may seem extreme to some, but this total lack of admiration for any political actor is what allows the book to be a solid contribution to American political and economic history.

This article, Review: Cronyism: Liberty versus Power in Early America, 1607-1849, was originally published by the American Institute for Economic Research and appears here with permission. Please support their efforts.