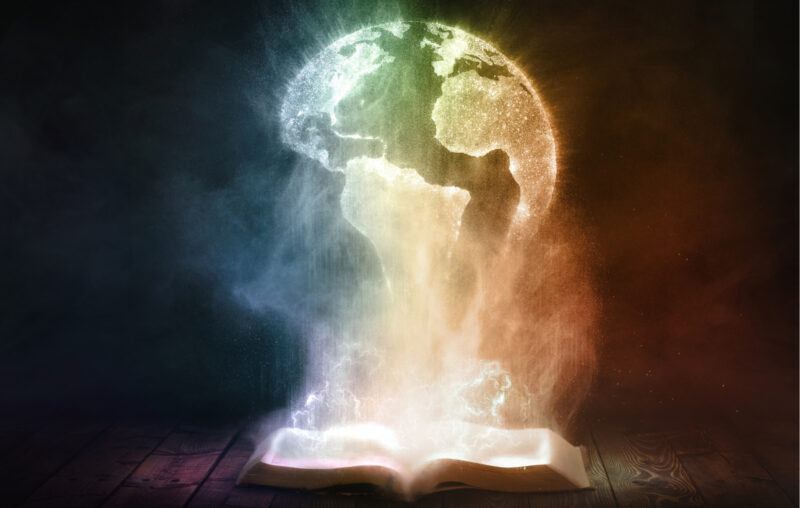 Reinventing Liberalism is an interesting contribution from the intellectual historian that sets out to help us understand the intellectual origins of neoliberalism. Innset wishes to recapture the word “neoliberal,” and after looking at the participants in the 1947 founding of the Mont Pelerin Society, he argues that “it is in fact a precise and historically accurate word to describe their project, precisely because their brand of liberalism amounted to something new.” The book is insightful in some places but frustrating in others, and while I like Innset’s “dual” thesis–that neoliberalism was a response both to central planning and laissez-faire–the book does not really deliver on its subtitled promise of exploring “the politics, philosophy and economics of early neoliberalism.”

Nonetheless, I find myself better understanding exactly what people mean (or perhaps should mean) when they refer to “neoliberalism,” and perhaps Innset’s book carries us away from the current pejorative use of “neoliberalism” to describe “any policy or idea of which progressive academics do not approve” and toward something with a little more analytical heft.

Having been immersed in the literature on the “New History of Capitalism” over the last several years and having been a participant in the dissection and refutation of Nancy MacLean’s Democracy in Chains, I read Reinventing Liberalism charitably but warily. Innset offers a useful definition and history of neoliberalism in terms of the active use of the state to achieve more-or-less liberal ends–and thus occupying a middle ground between central planning and unrestrained laissez-faire–the time, energy, and pages he spends on the race, class, and gender of the participants in the first Mont Pelerin Society meeting don’t really accomplish much. They might comfort critics who think referring to a thinker’s race, class, and gender is actually a refutation, but the exercise doesn’t tell us much about the provenance of the ideas themselves unless we interpret it as marginally informative evidence in favor of Corey Robin’s claim that “neoliberalism” is reactionary. Innset insists that the race/class/gender of the participants doesn’t explain or evaluate neoliberal ideas, but then I’m left wondering why he spends so much time and energy on it–and why he includes 3-D pie charts on the gender and race of the first MPS attendees (Figures 5.2 and 5.3). I look at these and conclude that they are dry humor.

The exercise could have been more informative had it been comparative and maybe a little more self-aware. In his analysis of William Rappard’s opening address, we are to think Rappard’s statements about Arabs’ alleged preference for leisure and consumption are narrow-minded and provincial, but Rappard says the same thing about the Welsh. What are the Welsh if they are not white? Moreover, there is textual evidence from society upon society looking down upon outsiders. In Discrimination and Disparities, for example, Thomas Sowell refers to Islamic scholars’ rather low opinions of Europeans a few centuries ago. Something that characterizes all societies doesn’t seem like a very good explanation for the unique features of specific societies.

Innset makes a lot of the homogeneity of the Mont Pelerin Society’s original membership, but other influential groups had a lot of the same features. The Bloomsbury Group, of which John Maynard Keynes was a member, the Fabian Society (which is said to have inspired Hayek’s effort to organize what became the Mont Pelerin Society), and the Bolsheviks were not exactly drawn from every tribe and tongue and nation–and as Sowell has pointed out in various places, so-called “working class” revolutions have pretty much always been revolutions led by intellectuals presuming to speak for the working class. The emphasis on race, class, and gender is not particularly informative given that the composition of the first Mont Pelerin Society attendees closely resembled so many other remarkable groups. He writes: “Despite their diverse national backgrounds, they were almost exclusively privileged white men, and I will argue that this has to be taken into account when contextualizing their ideas, although this fact of course holds little explanatory power in and of itself.” If it has little explanatory power in and of itself, why bring it up?

As I’ve referenced Sowell a couple of times, I’ll reference him again. Innset’s use of the word “privilege” is imprecise and, given the Jewish contingent at the first Mont Pelerin Society meeting, kind of absurd. I know “privileged” now means “people who have made it,” but the idea that European Jews a couple of years after the Holocaust were people of privilege is hard to defend. To his credit, Innset notes that Milton Friedman came from a very modest background, but his experience as a Jew in American academia once again hardly indicates privilege: perceived anti-Semitism is supposedly one of the reasons he left the University of Wisconsin. A lot of the European Jewish attendees who had come from the United States had been chased out of Europe by the Nazis. These aren’t pictures of “privilege,” and if we’re in the business of reclaiming words, we might want to reclaim this one, as well.

Disappointingly, Innset seems to buy into the idea that “neoliberalism” isn’t an intellectual movement as much as it’s a repackaging of class warfare. There are subtle and not-so-subtle doses of a hermeneutic of suspicion, and Innset’s discussion of the supposed affinities between neoliberalism, ordoliberalism, and fascism offer guilt by association rather than a detailed analysis of the place of liberalism and fascism in the Western intellectual tradition. Innset’s connection of neoliberalism to fascism via appreciation of tradition is too much like trying to connect someone to Hitler through a love of dogs. Innset has to make a stronger case if he’s looking to convince someone who hasn’t already dismissed free-market liberalism as masked fascism or latent Nazism because of Hayek’s references to Nazi jurist Carl Schmitt or because of Ordoliberal efforts to influence Nazi policy. It’s easy to condemn in hindsight, but my own government is in the business of doing horrible things as part of wars on drugs and terror and as part of its immigration policy. The US Department of Agriculture funded a project on food insecurity I took part in several years ago. The US military has also killed civilians in drone strikes. It’s not clear that the drone strikes invalidate our findings in a paper asking “Do Walmart Supercenters Improve Food Security?” (if you’re wondering, the answer is “yes”).

There are a lot of ways to take the original members of the Mont Pelerin Society to task for being unwoke by the standards of academia in 2021. Ludwig von Mises’s essay “The Idea of Liberty is Western,” for example, might provide at least some pretext. Speaking of Mises, Innset is uncharitable and, I think, historically inaccurate to refer to the oft-quoted “gotcha” passage in Mises where he argues that the fascists have earned a place in history by defeating the communists. Mises is not praising fascism or expressing “fascist sympathies.” Rather, he is pointing out that fascism, for all its horribleness, is slightly less horrible than full-on communism and, therefore, the fascists have done the world a tiny bit of service by preventing the rise of full-fledged communism. These aren’t fascist sympathies. They’re an acknowledgment that the less-horrible is preferable to the more-horrible.

Furthermore, there are places where it isn’t very clear what the implicit critique of neoliberalism is actually saying. He quotes Keith Tribe, seemingly approvingly, who wrote, “There were certainly shortages of food and energy, but this cannot be directly blamed on the absence of a proper market mechanism; it was instead linked to the general problems of resource allocation in Europe and the politics of occupation and reconstruction.” What does a market mechanism do if not solve “general problems of resource allocation?” What is interventionism and subversion of the market mechanism if not an integral part of “the politics of occupation and reconstruction?”

Reinventing Liberalism is alternately fascinating and frustrating. For scholars like me who aren’t usually sure what noneconomists in the academy and commentariat mean when they say “neoliberal,” Innset’s book, like Niklas Olsen’s The Sovereign Consumer, clarifies a lot. It will also be useful to those on the left who want to understand what, exactly, they are criticizing when they decry something as “neoliberal” (and, of course, whether or not what they decry actually fits the description). At the same time, the explanation of the development of the ideas, their intellectual history, and their veracity relies too heavily on unexamined and unjustified assumptions about the provincialism and elitism of a group consisting almost wholly of white males. I’m willing to believe that “they were all white Europeans” helps explain why the students of society who convened at Mont Pelerin thought as they did, but Innset doesn’t offer an explanation and leaves unacknowledged the fact that “they were almost all white European males with privileged backgrounds” should also explain the inner workings and intellectual programs of the Fabian Society and the Bloomsbury Group, to say nothing of the comfortable backgrounds of Karl Marx and Vladimir Lenin. At the end of the day, however, Innset has given us a serviceable introduction to neoliberalism and a novel interpretation of its program, and those by themselves make the book a contribution worth considering.

This article, Review of Ola Innset, Reinventing Liberalism, was originally published by the American Institute for Economic Research and appears here with permission. Please support their efforts.