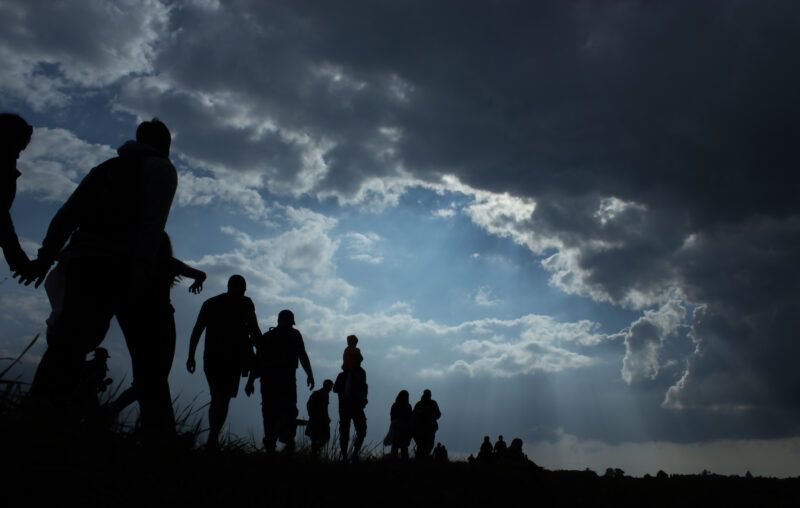 Unlike Economics, Psychology, and Biology, there are very few intelligent popular political science books. Yascha Mounck’s The Great Experiment: Why Democracies Fall Apart and How they Can Endure is a valuable addition to this slim library. It’s especially important that such books focus on contemporary threats to democracy – as does, for example, another popular political science book, Steven Levitsky and Daniel Ziblatt’s How Democracies Die. We are in an era where, following a bloom of democratization, democratic deconsolidation threatens not only more recently established, and therefore presumably weaker, democracies, but even long-established democracies like the U.S.

And while Mounck draws his examples from around the world and across history, his main target audience clearly is America., long the leading light for nascent democrats around the world (in spirit, if not in political structure).

The overall focus is on ethnically diverse democracies. Relatively homogenous democracies have thrived, as have some diverse non-democratic empires. In each case, the key has been that no group had particular reason to fear that a disliked out-group would take control and oppress it. And some diverse democracies – like the U.S. – have gone along for a long time faking a version of homogeneity by oppressing disfavored ethnic subgroups.

But a highly ethnically heterogeneous democracy with true equality has never yet existed. However a number of countries, from the U.S. to Britain to Sweden to India, are at various stages in trying to manage this new political entity. That is the great experiment, and Mounck sees three possible outcomes: non-democratic dominance by the most politically powerful group (not necessarily the majority), political fragmentation, or a successful shared democracy.

While Mounck comes from a distinctly contemporary liberal position, it is important to understand his conception of diversity and group consciousness. He does not believe in ethnic essentialism, or that ethnic groups must inherently be in conflict with each other. He sharply critiques both progressives and far-right conservatives for their ethnic essentialism and points out the irony of their shared perspective, that the U.S. must have irreconcilable conflict between whites and people of color. But he does think that it’s human nature that we readily define in-groups and out-groups, and it is unfortunately very easy to provoke conflictual attitudes between them.

This makes the creation and maintenance of healthy diverse democracies a challenge, but not, he thinks, an impossibility.

Interestingly, he rejects one of the most prominent approaches to managing diverse democracies: consociationalism, in which each group is formally ensured some degree of representation. Mounck notes as an example of consociationalism’s failures the generation-long civil war in Lebanon that followed an era of superficial stability. At the heart of his critique is the risk that consociationalism reifies groups too strongly, freezing old ideas and conflicts in place, limiting inter-group engagement at the social level, and thereby preventing the growth of a collective polity identity across ethnicities.

Mounck’s preference is for less rigid social orders, ones that are not subject to what he calls a “cage of norms.” In less rigid societies group identity becomes malleable and evolves over time. Italians and Eastern Europeans, who were once distinct ethnic groups in the U.S., for example, now generally are classified as and consider themselves white. And he notes that a similar process is under way with Latinos. Whereas progressive Latino activists pursue an essentialist identity politics, a growing number of American Latinos now self-identify as white.

But while rejecting ethnic essentialism he also does not support the other extreme of washing away all differences in pursuit of some vision of national purity. He values the freedom of the individual to pursue his own identity, and notes that identity is complex – a person can, for example, be both white and Latino without feeling any necessary internal conflict.

He also values the inherent variety that comes from group differences that become part of the mosaic of social life. As he nicely describes it, as various ethnic groups become mainstream, the mainstream expands in its internal variety. In short, Mounck thinks we should neither try to squash identity nor double down on it.

So far, so good. But as with most political books, the analysis of problems is stronger than the promotion of solutions. To his credit, Mounck explicitly recognizes this problem, but even so, one can reasonably doubt whether he has succeeded any more than other writers in this most challenging part of any political analysis.

Some of his ideas are sound. Democracies must enact and enforce anti-discrimination laws, and must make laws and policies that are universal and not race-based. Here he is a strong critic of the progressive left, which has given up on unity and universalism and promotes laws that specifically favor identified sub-groups.

For example he also favors strong social welfare policies, along the European line rather than the American approach. But not only can this conflict with the goal of economic growth, he doesn’t make a clear argument for how social welfare programs promote peace between groups. In fact, to the extent a disfavored group appears to the majority to disproportionately benefit from social welfare, it might be the case that this could promote rather than ameliorate conflict. If he has an argument here beyond a liberal’s general support for social welfare, he doesn’t make it.

He also supports what he would describe as well-designed immigration restrictions. As an empirical matter, he is probably right that some limit on the rate of immigration promotes the present population’s acceptance of new peoples. However, he blithely states that it’s obvious that government has legitimate authority to make such regulations. From a perspective that’s more critical of claims of authority, it’s not at all obvious that governments can legitimately discriminate against and between those seeking a better life for themselves.

Finally, perhaps inevitably, he draws on the political scientists’ old fallback, better personal behavior, in the form of not vilifying others, being willing to criticize one’s own tribe, and sticking to your higher democratic principles. This is something we should all practice, but like everybody who promotes it, he suggests no means by which we can persuade a large populace, with its inherent human flaws, to change individual behavior for the better absent incentive-compatible institutional changes.

There is one other flaw in this book, which is also present in How Democracies Die, and that is the unfortunately limited focus on Donald Trump as the threat to American democracy. This is probably reflective of the author’s ideological and partisan leanings, as well as his focus on ethnic group conflict, but it enables him to overlook the way in which presidential authority has grown, including under former President Obama, and paved the way for a would-be strongman like Trump. In fact, the power of the presidency is a substantial part of what feeds the inter-group rivalry in American politics – it is simply too valuable a prize now to lose gracefully, and former Presidents of both parties are to blame for that growth in power. For the U.S., at least, reducing the power of the presidency – perhaps of the federal government as a whole – could potentially reduce conflict as well.

Despite these limited flaws, the book is important and should be widely read. The increases in global migration, as a consequence of climate change and economic growth (assuming countries don’t respond by unduly hardening their borders), is likely to continue. As Mounck argues, we can’t turn back the clock on increasing ethnic diversity in countries that are – at least for now – democratic. This book is a good guide to understanding the risks these countries face and provides food for thought on how we might respond to them to promote a diverse, peaceful, and equal democracy in our own country.

This article, Review: The Great Experiment by Yasha Mounck, was originally published by the American Institute for Economic Research and appears here with permission. Please support their efforts.

TaxWatch: Yes, the IRS is hiring criminal investigators empowered to use deadly force — but here’s some important context

59% Of Americans Are Concerned About Biden’s Mental Health, Poll Finds