Rich Man, Poor Man: Comparing the Value of a Dollar to Each 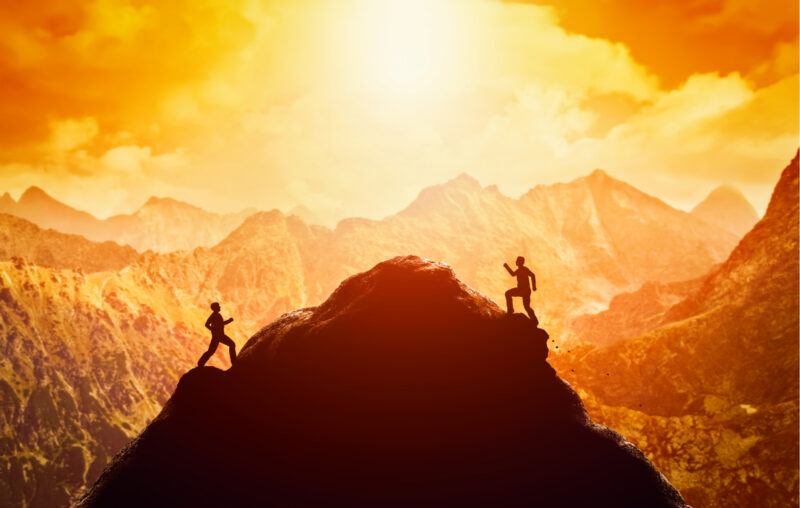 A familiar case for progressive taxation of incomes – and, more generally, for income redistribution – rests on the proposition that economists call “the diminishing marginal utility of money.” Consider, for example, this 2019 editorial in The Appalachian:

Wealth inequality in the U.S. is obscene. No one needs that amount of money, and the fact that they [billionaires] pay a lower effective tax rate is even worse. A cup of water means nothing to a man with a well, but everything to a man in the desert.

Arguments such as this one can be found, of course, not only in obscure publications, but also in august journals such as the New York Times, in economic textbooks, and on websites dedicated to explaining economics.

The validity of this case for intensely taxing the rich and transferring the proceeds to the poor(er) seems on its face to be undeniable – scientific, even. The ‘utility’ that Jeff Bezos would enjoy from spending his billionth dollar on consumption surely is less than is the utility that would be enjoyed by a poor person who is given that dollar to spend. And so because both Bezos and the poor person are equal moral agents in society, society’s welfare would be unambiguously increased by taxing that dollar away from Bezos and giving it to the poor person.

The first of these alternative utility ‘experiences’ is the utility that Bezos would enjoy in the future by his spending, on consumption, that dollar and whatever investment returns it yields to him. The second such ‘experience’ is the utility that many other people would enjoy from consuming whatever additional goods and services are produced by Bezos’s investment of that dollar.

The previous two paragraphs are a mouthful. Here’s what they mean.

Assume (realistically) that Bezos refrains from spending a dollar today in order to invest it. He invests that dollar in the expectation of it yielding a positive return in the future. Specifically, his expectation is that the return on the dollar will be high enough that the satisfaction he’ll get from spending that dollar and its returns in the future will be greater than is the satisfaction that he foregoes by not spending that dollar today.

Because rich(er) people generally invest a larger portion of their incomes than do poor(er) people, as a practical matter the ‘economic’ (or utilitarian) case for progressive income taxation and for income redistribution – a case built on comparing the “marginal utility” of income or wealth enjoyed by poor(er) people to that enjoyed by rich(er) people is not as straightforward as many professors, pundits, and politicians suppose. As is so often true in economics, being attuned to more than what is immediately obvious yields insights very different from those that arise from looking only at what is immediately obvious.

This article, Rich Man, Poor Man: Comparing the Value of a Dollar to Each, was originally published by the American Institute for Economic Research and appears here with permission. Please support their efforts.