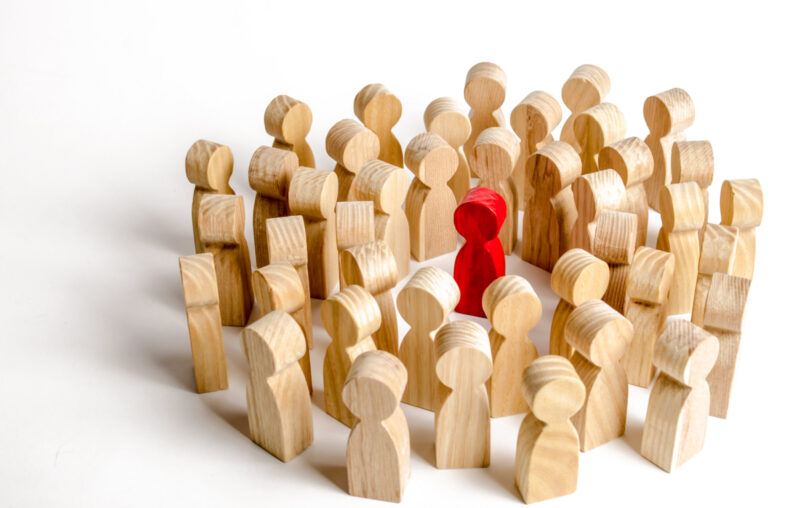 The Kyle Rittenhouse trial is a case study in why public opinion doesn’t (and shouldn’t) matter in a court of law. Everyone, White or Black, should be able to plead self-defense. Even if the public hates them.

Rittenhouse rose to infamy last year after he was arrested for shooting three men protesting the Jacob Blake shooting in Kenosha, Wisconsin. He pleaded self-defense. This week, Rittenhouse was acquitted of homicide, which triggered public outrage.

Unfortunately, statistically speaking, public officials don’t care about your opinion (or mine, for that matter). A 2014 study on the correlation between public opinion and public policy reached a bitter conclusion:

“When the preferences of economic elites and the stands of organized interest groups are controlled for, the preferences of the average American appear to have only a minuscule, near-zero, statistically non-significant impact upon public policy.”

So, yeah, sadly, no one at the top cares what the public thinks — unless, of course, they are backed by millionaires.

Furthermore, there is no clear evidence that our leaders should necessarily listen to the average American. We often don’t know what we’re talking about!

For example, a 2020 survey demonstrated that only 14 percent of American citizens were able to correctly name the right to petition the government as a right preserved by the First Amendment. Are these the people we want dictating public policy or legal decisions?

Yet, public sentiment is rarely lukewarm on current events, and the Rittenhouse trial is no exception. As one article in The Hill observed, Rittenhouse was convicted of murder in the court of public opinion before the trial even started.

Before the verdict, one writer for CNN even went so far as to characterize the trial as a farcical display of white privilege. They later remarked on Rittenhouse’s claim of self-defense saying:

“It is an inherent threat to our democracy. The actions of White vigilantes, whether in downtown Kenosha, Wisconsin or at the nation’s capital, have been reimagined in conservative far-right mediascapes as courageous, civic-minded patriotism. “I defended myself,” Rittenhouse claimed during his testimony. If the jury believes these words, Rittenhouse will likely go free. His defense team has also made a motion for a mistrial with prejudice, meaning he couldn’t be retried. If any of that happens, it will be to America’s enduring shame.”

Unfortunately, this heartfelt condemnation is an oversimplification of why Rittenhouse’s trial resulted in an acquittal.

“We all know he’s guilty!” you might say, “Why wouldn’t those jurors just convict him?!”

I’d like you to picture a different story for just a second: A White man refuses to shake the hand of a Black man because of his race. They get into an argument and then a fight outside a bar. The Black man shoots and kills the White man to defend himself. Ultimately, the shooter pleads self-defense and is acquitted of homicide.

The above scenario is a real story that happened in 2018. It was a real -world example of an important principle: Black men should be allowed to claim self-defense, just as much as any White man. No matter what the public thinks.

If you believe this was a just outcome, then you cannot expect Rittenhouse to be convicted without being able to claim self-defense.

Because our legal system is based on precedent (in other words, courts usually stand by decisions made in previous cases), if we start making the “court of public opinion” exception for Kyle Rittenhouse, we would have to start making it for every other trial.

In this way, our legal system should work a bit like Immanuel Kant’s categorical imperative: Only act in a way that you could make it a universal law.

If our justice system starts changing its standards about who can plead self-defense based on the whims of the public, then the system will become arbitrary and unstable.

The legal procedures available to Rittenhouse should not be stripped away from him. Rather, we should work to reform the system to ensure those privileges are distributed evenly across society to members of all marginalized groups.

Regardless of the verdict, having a trial that follows established safeguards of substantive due process is not a threat to society. Quite the opposite! It is an example of how things ought to be in a functioning legal system.

This article, Rittenhouse Trial: The Problem with Public Opinion, was originally published by the American Institute for Economic Research and appears here with permission. Please support their efforts.