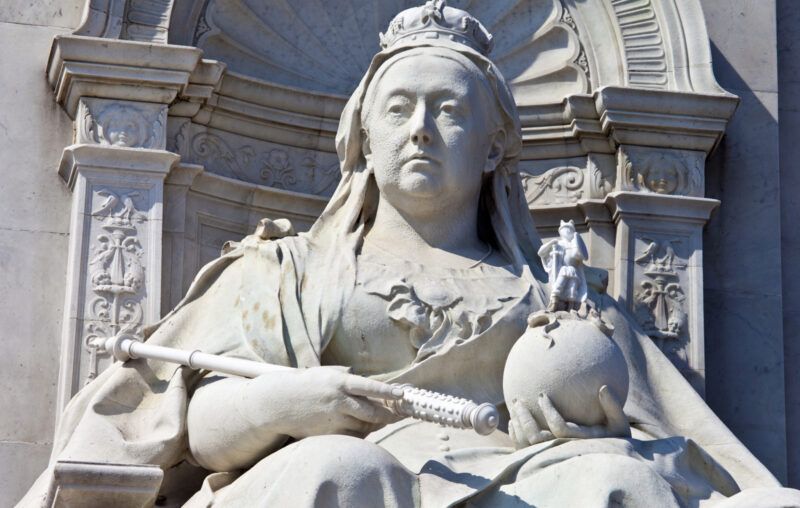 There isn’t a nation on earth that doesn’t experience tensions with its neighbors, even friendly ones. That may be especially true of those peoples who live side-by-side under the roof of the same sovereign state.

Even when Catalans in Spain, Quebecois in Canada, or Flemings in Belgium get along with their Castilian, Anglo, and Walloon neighbors respectively, contested issues—which language is given priority, who receives more tax revenue, etc.—always lurk beneath the surface. In Britain’s case, Helen Dale admirably lays out the tensions between its four peoples presently corroding the resiliency of the sovereign state known as the United Kingdom of Great Britain and Northern Ireland (to use its formal title since 1927).

Many factors will continue to bind the English, Scottish, Welsh, and Irish nations together for the foreseeable future. One is a common language. While it assumed many accents, English became a unifying factor with fading use of Scots, Scottish Gaelic, Irish Gaelic, and Welsh. Politically and economically, many effects of England and Wales’ integration with Scotland following the 1707 Acts of Union, and then Ireland after the 1801 Acts of Union, persist. Despite the devolution of certain powers to Scottish, Welsh, and Northern Irish legislatures and governments, the four nations continue to function as a common market. Everyone also remains subject to the UK Parliament where ultimate sovereignty still resides. Neither of these things will be easily dislodged.

Many of the cracks in the United Kingdom’s edifice identified by Dale have some very immediate causes. But she also indicates that some deeper underlying currents have, over time, worn away at those more subtle ties that are just as important as the more formal links that have bound the four peoples of Britain together. I would suggest that two such links were especially significant. One was the experience of empire. Another was religion. Their fading has dissolved bonds between the four peoples that are not easily replaced.

Today millions of people are still alive for whom the British Empire was a reality. Apart from the vast Indian realms (modern India, Pakistan, Bangladesh, and Myanmar), it included what were called the Dominions of Australia, Canada, Newfoundland, New Zealand, the Irish Free State, and South Africa as well as numerous colonies, protectorates and mandates in Africa, Asia, the Pacific, the Middle-East, the Caribbean, and Central and South America.

But one defining characteristic of this empire was that it wasn’t an exclusively English affair. The other peoples of Britain—particularly the Scottish and the Irish—were deeply invested in the imperial project. In some respects, they were its backbone.

In books like Scotland’s Empire, the historian T.M. Devine has illustrated the disproportionate role played by Scots as soldiers, administrators, educators, doctors, and merchants throughout Britain’s Empire. It has been estimated, for example, that 30 percent of British army officers in the eighteenth and nineteenth centuries were Scottish. Given that Scots constituted roughly 13 percent of Britain’s total population in these years, such men plainly punched way above their demographic weight.

One prominent example was the Highland-born Major General Lachlan Macquarie (1762-1824). Like other Scottish soldiers, much of Macquarie’s military career during the late eighteenth and early nineteenth centuries was spent in places like North America, the West Indies, Egypt, and India, often leading elite Highland regiments. His grave, however, on the Isle of Mull is graced with the words, “The Father of Australia.” This is on account of Macquarie’s governorship of New South Wales between 1810 and 1821. During these years, Macquarie built many of the colony’s civil, judicial and social foundations. He also established many Australian towns to which he gave Scottish names, and even left an imprint upon their architecture.

What’s important is that Macquarie did all this as a Scot and a British official—not an ersatz Englishman. Therein lies the significance of Macquarie’s story insofar as his path was a common one for many Scots from the mid-eighteenth century until well into the twentieth century. One estimate suggests that something like 40 percent of the Scottish gentry (and 50 percent of Highland gentry) had strong connections to the army or imperial service in the early nineteenth century. These Scots regarded themselves as Scottish and British. To the extent they even thought about it, they didn’t view the two identities as being in tension as they extended and consolidated a global empire that provided enormous opportunities for enterprising Scots.

A similar involvement with the Empire characterized Ireland. Today it’s fashionable to regard the Irish as a rebellious people perpetually at odds with England. But Ireland’s difficult relationship with England didn’t prevent thousands of Irishmen from playing a major role in the British Empire’s emergence and consolidation.

Consider, for instance, Britain’s greatest nineteenth-century soldier—Arthur Wellesley, the Duke of Wellington. Born in Ireland into the Anglo-Irish Protestant Ascendency, he cut his teeth as a solider fighting in India. He later served there as a colonial governor. Wellington was just one of many Irishmen involved in imperial affairs. Irish regiments were scattered throughout the Empire as extensively as their Scottish brothers-in-arms. The Irish were also overrepresented in the colonial police forces that maintained law and order throughout much of the Empire. From Ireland came hundreds of Protestant and Catholic missionaries who sustained Christianity in British colonies and laid the foundations for the mass conversion of Africans to Christianity in the twentieth century.

Nothing, however, lasts forever—perhaps especially empires. After World War II, a weaker and poorer Britain embarked upon 25 years of decolonization. One side-effect was that the common imperial enterprise which had caused many people from England, Scotland, Ireland, and Wales to view the world as Britons disappeared. Nothing comparable or as unifying emerged to replace it. The European Economic Community and then the European Union to which most British elites turned after the twilight of Empire never filled the gap. Instead, as Dale underscores, Brexit highlighted how the European project had become a sharp point of division between a majority of the English and Welsh on the one hand, and the Scots and Northern Irish on the other.

Even before Britain’s acquisition of an empire in the eighteenth century, something else helped bind the four nations: religion. By that, I don’t mean Christianity per se. Rather, I have in mind the religious character of the post-Reformation British Isles.

After the sixteenth-century Reformation, small Catholic minorities continued to exist in England, Scotland and Wales. Catholics remained a distinct majority in Ireland. But being Protestant, whether Anglican, Presbyterian, or various forms of what was called Non-Conformity, became a common feature of English, Scottish, and Welsh identities. It was also central to the Anglo-Irish Ascendency’s self-understanding.

Presbyterians and Episcopalians in Scotland disagreed about many things—often violently. Little love was lost between Anglicans and non-Conformists in England and Ireland. Yet one thing they all shared was hostility to Catholicism. “Popery” was not just regarded as corrupt and idolatrous. By 1600, Catholicism in all four nations had become associated with disloyalty, despotism, and external political threats from Catholic powers like Spain and France. This religious factor is what fundamentally ended the “Auld Alliance” between Scotland and France that lasted from 1295 to 1565. It also helped facilitate growing political bonds between Scotland and England which assumed very concrete form when James VI of Scotland ascended to the thrones of England and Ireland in 1603.

Protestantism and anti-Catholicism’s significance as unifying factors for the four nations can be seen in the dynastic disputes that marked early-eighteenth-century British politics. The primary milestone around the exiled Stuart dynasty’s neck was the Catholicism of James Edward Stuart and his son Charles Edward Stuart. For most people throughout Britain, this more than outweighed the unpopularity of the first two Hanoverian monarchs. George I and George II may have been German and therefore seen as “foreign.” But at least they were not Catholic. After all, that was the primary reason why they sat on the throne in the first place. During and after the 1715 and 1745 Jacobite Risings, the Hanoverian government didn’t hesitate to play the anti-Catholic card to rally support against the Jacobite rebels.

For 300 years, these religious dynamics remained crucial to the identity of the vast majority of the English, Scottish, and Welsh peoples. They were also an important source of legitimacy for the Anglo-Irish Ascendency. Even following Catholic emancipation in 1829, the self-understanding of three of Britain’s nations as Protestant peoples lasted (especially among the growing middle-class) alongside antagonism towards Catholics.

This bond, however, weakened significantly as religious practice began faltering throughout the four nations in the nineteenth century’s last quarter. By the early twentieth century, political ideologies were well on the way to supplanting religion in many Britons’ core commitments. This was especially true of the working class where religious indifference—with the exception of the two Irelands—became the norm.

Even in a country with as strong a history of attachment to Protestantism as Northern Ireland, contemporary Ulster Unionism (as Dale reminds us) tends to function more as a generic conservative movement than a bastion for hardline Protestants on an otherwise (now very nominally) Catholic island. Likewise, the republican Sinn Féin party—long associated with the Catholic-dominated Provisional Irish Republican Army—has morphed into a fully-fledged left-wing hyper-secular nationalist party that embraces all such movements’ priorities.

The waning of these particular bonds associated with religion and empire among Britain’s nations took time. Moreover, their disappearance did not result in the UK’s disintegration. Other forms of integration such as the complex legal and deep economic links underscored by Dale remain. Another bond meriting special attention is the Monarchy—one that consistently identifies itself as a British rather than an English institution.

Despite particular Royals’ self-indulgent antics, the Monarchy remains something to which most UK citizens remain attached. That is partly because of admiration for Queen Elizabeth II but also because many in the four nations are happy to have a head of state who remains above the ups and downs of everyday politics. Outside nationalist circles in Northern Ireland, republican sentiment has experienced difficulty attracting support in Britain. Even leading Scottish nationalists whose hard-left tendencies surely incline them to view the Monarchy negatively have carefully avoided public association with republicanism.

That said, loyalty to the British Monarchy may not suffice to keep the British peoples together. It’s worth recalling that precedents exist for a formal breakup of the nations. In the eighteenth century, the exiled Stuarts promised to revoke the Acts of Union that merged the sovereignties of Scotland and England in 1707. That promise’s popularity gave Jacobitism enormous traction in Scotland for decades. In more recent times, the Irish Free State cast off the British Monarchy’s last statutory roles in its affairs in 1948 and became a fully-fledged republic.

Will a sense of British identity prevail over the ambitions of Scottish, Welsh, and Irish nationalists? That is unclear. Perhaps the better question is whether enough people in England will even care in the future whether Scotland, Wales, or Northern Ireland go their separate ways? That, I suspect, will be what ultimately determines if anyone sings “Rule Britannia!” in a century’s time.

This article, Rule, Britannia?, was originally published by the American Institute for Economic Research and appears here with permission. Please support their efforts.