Running Out of Patience for the CDC 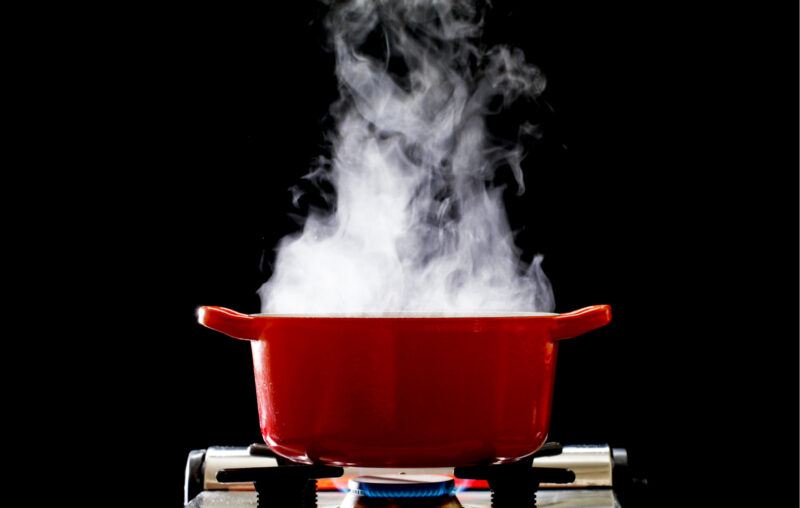 On May 16, 2021, the CDC updated its guidance, stating that fully vaccinated people could resume their lives as normal, including not wearing a mask. It goes without saying that not only was the CDC’s initial position that vaccinated people still have to practice all the same precautions as those that are unvaccinated ridiculous, it’s also way behind what some states have been doing. Citing the success of places like Florida and Texas as completely open states flouting every overly protectionist measure put out by the CDC would be beating a dead horse at this point. Of course, CDC Director Dr. Rochelle Walensky clarified that in regards to the new guidance on vaccinated persons not having to wear masks,

“Not everybody has to rip off their mask because our guidance changed,” she said. “If you are concerned, please do consult your physician before you take off your mask.”

CNN also cited its own medical analyst Dr. Leana Wen, who criticized the CDC for being overly cautious on mask-wearing for vaccinated individuals. This is of course the same CDC that at the beginning of the pandemic lied to the public about how people should not wear masks in an attempt to prevent a shortage. Eventually, of course, the narrative changed to the current regime of masks being the one thing that will save humanity. As we know this is also a ridiculous policy, as the overwhelming evidence points out that masks are not the silver bullet to stopping infectious disease and only help in specific contexts. Jenin Younes writes on this subject when she notes,

“On June 5, the World Health Organization (WHO) released a paper stating that “widespread use of masks by healthy people in the community setting is not yet supported by high quality or direct scientific evidence and there are other potential benefits and harms to consider.”

Throughout the entire pandemic, the CDC has been the arbiter of comically cautious guidance, arbitrary and unethical recommendations, and it contradicted itself so many times that it would be a decent question to ask if anyone really listens at this point. Perhaps this would be a good thing in a way as states and communities chart their own course towards voluntary solutions based on their own contexts. Although it is certainly great to see people taking matters into their own hands and living their lives based on reason and responsible behavior, if we are going to have a CDC it would be best that it does its job well and not act as a detriment to society sowing confusion and fear.

It is worth mentioning that the CDC is credited with leading the eradication of smallpox and credit should be given where credit is due. However, we should not let that distract us from the fact that the CDC has always had a track record of being overly cautious to the point that their guidelines are unrealistic, trigger-happy on issuing guidance that would later be retracted, and especially as of recently being absolutely disconnected from society.

Let’s go back to the very beginning of the pandemic before the lockdowns. The CDC was already starting off on the wrong foot when it came to procuring test kits. Reason Magazine writes,

“A far more consequential error also occurred in February, when the agency botched the development of the first batch of test kits that states were supposed to use to begin the testing process. The CDC had already declined to use a German test backed by the World Health Organization, preferring to create its own, as is typical for the agency. This cost several weeks during the time when the virus was just beginning to spread in the U.S. And when the CDC did send out test kits to states, the majority of those kits delivered faulty results.”

This issue with test kits was only resolved once development was turned over to the private sector. An article in The Atlantic points out that in May the CDC was conflating viral and antibody tests. Viral tests detect active Covid cases while antibody tests detect past infections, and conflating the two paints a very different picture for the severity of active caseloads.

Of course, nobody can forget that the CDC endorsed the use of lockdown policies as if it was common sense science, which not only failed to stop the virus but proceeded to throw the entire country into disarray. An article published by AIER back in June of 2020 recounts these absurd policies by noting,

“In particular, two unprecedented and massively destructive physical distancing policies were implemented: (1) quarantining an entire population (i.e., “stay-at-home” orders), and (2) shutting down entire industries and significantly altering the operations of other industries that were “permitted” to continue to operate. This includes educational establishments, such as day care facilities, primary and secondary schools, and religious institutions, which provide important educational and recreational services for children.”

At one point Dr. Fauci stated in a CNN interview that he was confused on why every single state in the country wasn’t implementing a stay-at-home order. Despite mounting evidence for the tremendous collateral damage lockdowns were causing with little benefit to show, the CDC continued to advocate for the use of lockdown policies.

Finally, we should never forget the blatant political pandering to the teachers’ unions when it came to school closures. Keeping schools open isn’t even a controversial topic; in fact, closing schools is largely considered a fringe position in the scientific community, and even President Biden was advocating for the opening of schools. It is clear that closing schools are massively harmful not only to children but to the parents who now have unexpected child care burdens. At the same time, children are not a significant source of transmission and are not vulnerable to the virus.

If there wasn’t already enough said, the CDC even issued an unconstitutional nationwide moratorium on evictions as if it had not meddled enough with the economy and the constitutional order. Fortunately, there is now a class-action lawsuit against the CDC for this offense.

The CDC has always been out of touch and overly cautious when it comes to advising the country on issues of public health. In a way that is understandable, as one could argue they are simply trying to present the safest and healthiest way to live. Even then, those recommendations could be overturned by new developments as in the case of drinking while pregnant, which we now know isn’t an issue if done in moderation. Even then, there is absolutely no excuse for advocating lockdown policies which go beyond an abundance of caution into the realm of recklessness and neglect. Ultimately, the point of life is not about avoiding diseases and meeting arbitrary standards of health. Society has its necessary functions and its priorities that exist regardless of the recommendation of public health experts. It’s about time the CDC understood that.

In reaction to Covid-19, the CDC really took things to a whole new level of absurdity. The amount of hubris, ignorance, and condescension exhibited by our public health leaders truly soared to new heights. Not only that but it had real consequences not just for the people who had to live under the CDC’s recommendations but for its own credibility. It would be fair to say the CDC needs a wakeup call because they truly have tested our patience for what’s becoming far too long.

This article, Running Out of Patience for the CDC, was originally published by the American Institute for Economic Research and appears here with permission. Please support their efforts.