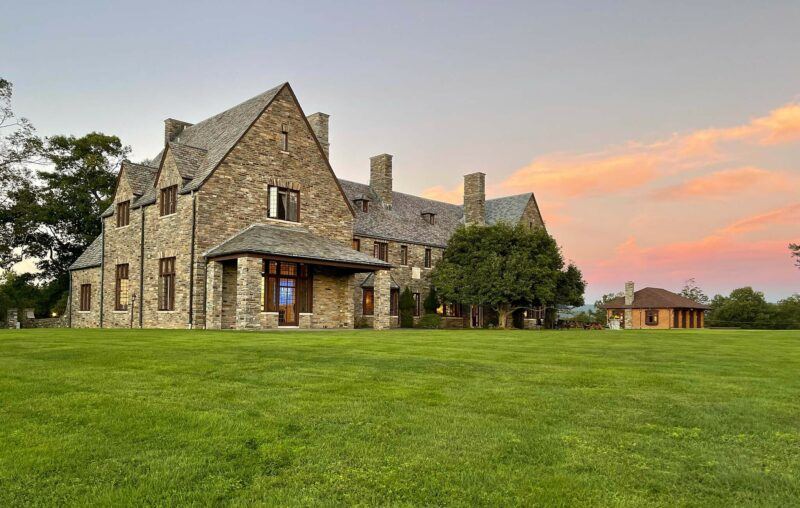 Great Barrington, Massachusetts, May 26, 2022 — The American Institute for Economic Research (AIER), one of the oldest and most respected nonpartisan economic research and educational organizations in the United States dedicated to promoting the ideas of individual freedom, free markets, sound money and limited government, today announced the appointment of Dr. Samuel Gregg as the leader of a new Institute initiative to defend and promote the principles of a free society against the encroaching threats of collectivism.

As part of his new role as Distinguished Fellow in Political Economy and a Senior Research Faculty member, Dr. Gregg will be expanding AIER’s research initiatives in both scholarly and popular venues. His ongoing work will tackle the rise of collectivist challenges to a free society, whether they come from the political left or right, and expand our understanding of the ideas, values, and culture that support freedom, limited government, and free markets.

“On the left and much of the right, we are witnessing the rise of ideas and policies that would unduly undermine liberty, free markets, and principles of constitutionally-limited government. It has become clear over the past several years that basic principles of freedom are under siege in America and abroad – requiring a robust and principled response from the research community. No organization is better positioned and credentialed to lead those efforts than AIER,” said Dr. Gregg.

“I have long admired AIER’s commitment to non-political research and advocacy for limited government, free markets, and classical liberal ideas, all of which are integral pillars in what we commonly call ‘freedom’ and America’s experiment in ordered liberty,” he continued. “The use of the administrative state to achieve policy goals, rising acceptance of economic nationalism and populism, and impatience with our traditional constitutional process have become fashionable across the political spectrum. In my new role, I look forward to highlighting the pitfalls of these approaches and emphasizing the critical need for a restoration of ordered liberty in all spheres of life.”

Dr. Gregg recently completed a 21-year tenure as Research Director at the Acton Institute, a think tank devoted to promoting a free and virtuous society. The author of 16 books and over 400 articles, he has written and spoken extensively on questions of political economy, economic history, finance and monetary policy, and natural law theory. He holds an MA from the University of Melbourne and a Doctor of Philosophy degree in moral philosophy and political economy from Oxford University.

Dr. Gregg will contribute to AIER’s existing efforts devoted to the defense of freedom while expanding the Institute’s roster of scholars, implementing new programming and partnerships, and continuing his research on topics of liberty, political economy, public policy, and the moral foundations of a free society.

“Sam is a perfect addition to our already excellent scholarly team here at AIER. He brings a wealth of knowledge about economics, history, and philosophy that he can leverage to lead our examination of the rise of collectivist sentiment and its translation into policies that threaten grave danger to our country. Sam is also well-positioned to support our efforts to provide a positive vision of the foundations required for constitutionalism, freedom and free markets to prevail and thrive,” said Will Ruger, President of AIER. “AIER’s new initiative to defend freedom and fight policies that stem from a collectivist mindset is born of necessity and urgency, which is why it was so vital to add an all-star like Sam Gregg to our team.”

AIER’s new initiative will include contributions from existing AIER staff, guest contributors, and new fellows to be announced in the near future. It augments a robust suite of scholarly research endeavors in our two other priority focus areas of “Sound Money” and “Economics & Economic Freedom.” These include the Public Choice and Public Policy Project, the Sound Money Project, and AIER’s public-facing educational programs such as the Bastiat Society and the Harwood Graduate Colloquia.

“Sam has commented and written with increasing frequency on the corrosion of a free market consensus and the tendency toward adopting simplistic but ineffective, or at worse corrosive, public policies,” noted Phil Magness, Director of Research & Education at AIER. “His seemingly never-ending efforts to publish better research into policy outcomes and the perilous state of freedom in America today are a perfect fit for AIER, and we welcome his commitment to coupling economic research with normative and value-based contributions to public discourse.”

Acton Institute President Kris Mauren said that Gregg’s intellectual leadership as Research Director has had an enormous impact on scholars, clergy, and business leaders across the globe. “He has been an intellectual force on the importance of free enterprise grounded in virtue and natural law. Sam’s ability to articulate these ideas to broad audiences is unsurpassed,” Mauren said. “On a more personal note, I am deeply grateful for his years of service to Acton, his collegial spirit, and his willingness to support and mentor colleagues and students alike. We wish him well as he brings his expertise on the moral foundations of the free society to the technical aspects of economics. Dr. Gregg will remain an affiliate scholar with Acton and we look forward to continued collaboration in the service of liberty.”

Dr. Gregg will officially begin his position on July 1 and will be located in Great Barrington, Massachusetts, and Milwaukee, Wisconsin.