SCOTUS to Congress: On Environmental Policy, Do Your Job 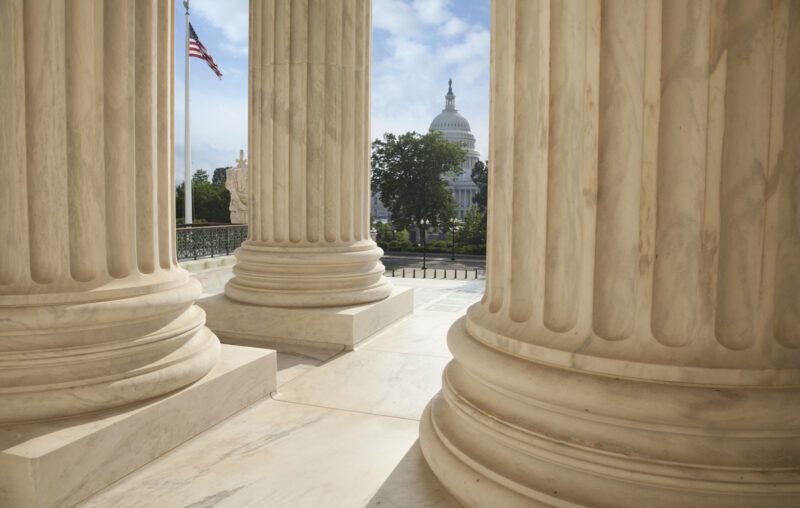 The U.S. Supreme Court delivered a strong message to Congress regarding regulating the nation’s environmental policy:

In West Virginia v Environmental Protection Agency, the Court ruled 6-3 that the Clean Air Act does not give the EPA broad authority to regulate greenhouse gas emissions from power plants on its own.

“Capping carbon dioxide emissions at a level that will force a nationwide transition away from the use of coal to generate electricity may be a sensible ‘solution to the crisis of the day,’” Chief Justice John Roberts wrote in the opinion. “It is not plausible that Congress gave EPA the authority to adopt on its own such a regulatory scheme.

“The agency must point to clear congressional authorization for the power it claims,” Roberts added.

Supporters of the Obama-era policy argue that the threat of climate change outweighs the limits on government power set by the court and they raised questions as to whether an elected Congress is capable of regulating such an important issue.

“The decades-long fight to protect citizens from corporate polluters is being wiped out by these MAGA extremist justices,” said Senate Majority Leader Chuck Schumer (D-N.Y.) “It’s all the more imperative that we soon pass meaningful legislation to fight the climate crisis.”

Court supporters noted the irony of Schumer’s call for legislation, which was the conclusion of the court majority as well.

“It was incredibly risky for the federal government to try to turn our power-generating system inside out,” says Sam Kazman with the Competitive Enterprise Institute. “Today the Supreme Court ruled that if the government is going to do so, then it must be clearly authorized by congressional laws rather than by the dictates of unelected bureaucrats.”

Myron Ebell, Director of CEI’s Center for Energy and Environment, said the court’s ruling walks back its 2007 decision in Massachusetts v EPA.

“The Biden administration must now get explicit authorization from Congress if it wants to continue to enact major climate policies that will further raise energy prices,” Ebell added.

President Joe Biden has directed his legal team to work with the Department of Justice and affected agencies to review this decision and find ways that the administration can continue protecting Americans from what he calls harmful pollution that causes climate change.

“We cannot and will not ignore the danger to public health and existential threat the climate crisis poses,” said Biden in a press release Thursday. “The science confirms what we all see with our own eyes – the wildfires, droughts, extreme heat, and intense storms are endangering our lives and livelihoods.”

Former President Barack Obama also weighed in, saying no challenge poses a greater threat to our future than a changing climate.

But it was Obama and his team that pushed through a regulatory scheme, rather than passing legislation limiting greenhouse gas emissions, that led to today’s ruling.

The Sierra Club also shared its disappointment, calling this a dangerous decision that gives “coal executives and far-right politicians exactly what they asked for” by frustrating EPA’s efforts to protect communities and families.

“For years, EPA has had the clear authority and duty under the Clean Air Act to effectively reduce climate-disrupting carbon dioxide pollution from fossil fuel-burning power plants, in line with the action the public and science demands,” said Andres Restrepo, senior attorney for the Sierra Club’s Environmental Law Program. “But Thursday’s decision accommodates the powerful instead of the people by seriously narrowing that authority.”

But energy sector advocates say their industry still isn’t out of the EPA woods of overregulation.

“While this decision clearly reins in EPA authority to craft carbon rules that force a remaking of the nation’s electricity mix, the agency has already signaled it’s going to use every other tool at its disposal to accelerate coal plant closures and pursue its agenda,” one industry insider told InsideSources. “If you’re concerned about grid reliability and electricity affordability, Congress needs to step up and ensure it is steering domestic energy policy, not the regulators at EPA.”

Still, some conservative groups are taking the win.

“This is a win for the climate and constitutional democracy,” says Drew Bond, president of Conservative Coalition for Climate (C3) Solutions. “Any serious person knows that innovation, not overregulation, is the solution to reducing global greenhouse gas emissions.”

Instead of looking to regulators to impose top-down mandates, Bond says activists on all sides should ask legislators to pass laws that encourage bottom-up solutions.

This article, SCOTUS to Congress: On Environmental Policy, Do Your Job, was originally published by the American Institute for Economic Research and appears here with permission. Please support their efforts.