Should We Eliminate the Involuntary Servitude Exception? 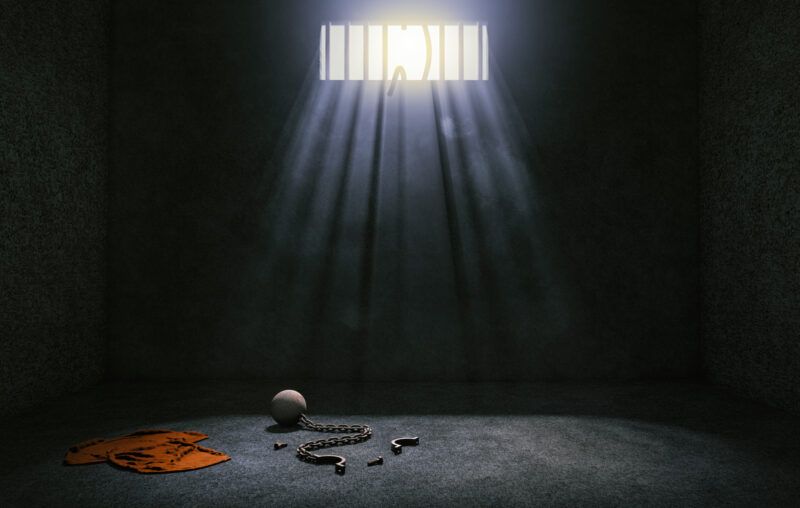 In 1865, the 13th Amendment to the US Constitution was passed and ratified, abolishing slavery in the United States and any place subject to its jurisdiction. This Amendment also abolished involuntary servitude, but with one exception: as a punishment for a crime. As a result, people who have been convicted of a crime and held in US prisons and jails can be forced to work, often for no pay or for only pennies per hour (literally).

This fall, voters in Alabama, Louisiana, Oregon, Tennessee, and Vermont will decide whether to remove this punishment exception for involuntary servitude from their state constitutions. Many advocates for criminal justice reform – which I am – have argued that this exception allows for “modern day slavery” and removing it is necessary to end this practice and humanize the people currently incarcerated in our jails and prisons. I am not so certain, in part because amendments like this will have little impact in practice given laws already in place and putting issues to voters comes with its own costs.

Some background: There are two kinds of prison labor. The first kind is where inmates work for and in the facility, such as working in the prison laundry facility, painting prison walls, and doing other jobs that connect to the proper functioning or upkeep of the prison facilities. While the state doesn’t make a profit off the prisoners who do this work per se., the cost savings can be significant.

The second kind is work that is done for private businesses through contracts at the federal level with Federal Prison Industries (FPI or UNICOR) – a wholly owned US government corporation, or at the state level through similar state prison industry operations. Through these programs, inmates produce a wide range of products, including body armor, office furniture, clothing, and food (milk, beef, fish, etc.), as well as providing services such as word processing, call center operations, and data encoding.

These programs are profitable, both for the private companies contracting with the prison industry corporations and those corporations themselves. Very profitable. In 2021, UNICOR had 16,315 prison workers employed in their program. Those 16,315 workers produced goods and services that sold for over $404M. On these sales, UNICOR turned a profit of over $50M. But it’s easy to be profitable when you’re not paying market wages.

Inmates working in UNICOR make between $0.23 and $1.15 per hour, a fraction of the federally mandated minimum wage of $7.25 per hour. And UNICOR passes this savings on to its business partners. As UNICOR says on its website, “Imagine… All the benefits of domestic outsourcing at offshore prices. It’s the best kept secret in outsourcing!” (Seriously, they actually say this directly on their website.)

What would happen if states or the federal government eliminated the involuntary servitude exception for incarcerated people?  Almost nothing in practice. For the inmates doing work for and in the facility, they would be asked to volunteer their time, and the state has ways to incentivize this volunteering. For example, most states allow prisoners to be charged a per-day fee for their incarceration, up to $249 per day in Connecticut. Reducing or eliminating this fee in connection to working in the jail (which is often the practice right now), connecting volunteering to good behavior sentence reductions, or simply providing the inmates who volunteer with additional comforts during their stay, would be enough to motivate nearly everyone to volunteer.

For prisoners working for private businesses through UNICOR or the state-level corporations, these entities are already required by law to pay prevailing wages and comparative benefits (overtime, worker’s compensation, etc.) to workers. But they get around this requirement in most cases because the prison laborers are working as volunteers, and, as volunteers, are exempt from these laws. Passing a law to strike the involuntary servitude exception would have almost no impact on inmates working these jobs.

The most compelling claim is that eliminating the involuntary servitude exception has an important symbolic effect. No one, including people housed in correctional facilities, should be forced to work against their will, and that we have a provision allowing this in both the US Constitution and in state constitutions is inconsistent with treating people with dignity. This claim is correct, and if these constitutional provisions could be struck without resorting to state-wide referenda—such as eliminating this exception from the US Constitution—then that should be done.

But putting this issue in front of voters does not come without costs. Passing these resolutions is not a slam dunk, especially in states like Alabama, Louisiana, and Tennessee. Many people in these states, if not most people in these states, believe that people in jail should be forced to work. The most serious concern is that these resolutions are likely to cause significant debate about the substance of prison labor. Generating this debate – including forcing people to take sides – to try to pass resolutions that will have no real impact is a waste of political capital.

Instead, we should focus our efforts on changes that will likely have real impact, especially when these issues must be put to a state-wide vote, such as the recent campaign in Louisiana to change its state constitution to require unanimous juries to secure felony convictions. This is not to say that people pushing to eliminate these involuntary servitude exceptions aren’t correct in principle. But in practice, any change like this costs political capital, and so we should only push for changes that are likely to have real impact, especially since there is so much that needs to be done to achieve meaningful criminal justice reform in the United States.

This article, Should We Eliminate the Involuntary Servitude Exception?, was originally published by the American Institute for Economic Research and appears here with permission. Please support their efforts.