Should We Replace Racial Preferences with Socio-Economic Preferences? 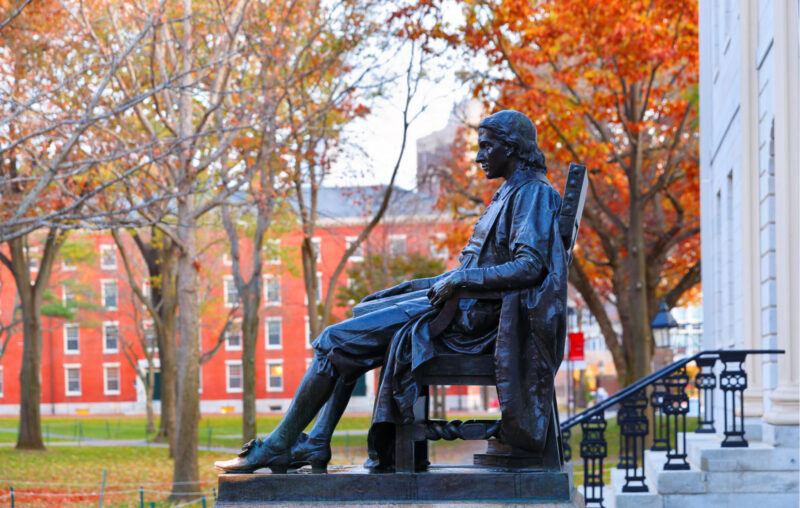 The Supreme Court has agreed to hear two cases that challenge the legality of racial preferences in college admissions, one involving Harvard and the other the University of North Carolina. It might rule that preferences for particular racial groups violate the Civil Rights Act of 1964 and/or the 14th Amendment. Such a decision would be applauded by many Americans who believe that racial preferences are neither legal nor good policy.

If the Court strikes down racial preferences, should colleges and universities turn instead to preferences for students who come from poor families and distressed circumstances?

Going back decades, a number of writers have argued in favor of socio-economic preferences—that top colleges and universities ought to give additional consideration to applicants who are good students despite their troubled circumstances. One of those writers is Kenin Spivak, who made a passionate case for that approach in this Minding the Campus essay.

By using socioeconomic preferences, Spivak argues, our colleges can boost upward mobility and equality of opportunity. This policy “enriches our universities with diverse perspectives, benefits disadvantaged students of all races and ethnicities, and enhances our competitiveness. In short, it’s the right thing to do.”

That sounds very persuasive—but so did the arguments for racial preferences when they were first advanced in the 1970s. Advocates tend to overlook possible downsides to their favored policies. While I don’t think socioeconomic preferences would be as damaging as racial preferences have been, I foresee some drawbacks and also doubt that they would be nearly as beneficial as supporters like Spivak claim.

After setting out a sound case against racial preferences, Spivak writes, “Instead, universities should address the astonishing statistic that students from families in the bottom economic 25% comprise only three percent of enrollment in the most competitive schools, while those in the top 25% comprise 72%.” And because black and Latino families on average have substantially less wealth than do white families, “it is reasonable to infer that blacks and Latinos will disproportionately benefit from affirmative action for impoverished and low-income students.”

No doubt that students from those groups would be chosen more if top colleges embraced socio-economic preferences, but whether they would benefit is another question—one I’ll address presently.

Is it really “astonishing” that students from lower income households rarely enroll at “the most competitive schools,” given that those schools are very costly and usually located far away from them? No. It’s no different from the fact that wealthy and poor people have differences in other things. Almost no wealthy people drive old, second-hand cars. Almost no poor people play golf at expensive resort courses. But second-hand cars will get you around very well and you can enjoy a round of golf on a municipal course nearly as much as a round at Pebble Beach.

Wait! Education is far more important than what car you drive or where you play golf! Education shapes an individual’s future—it’s not like the difference between an aged Buick and a new Mercedes. Selective colleges are better and poorer students shouldn’t be kept out just because their parents didn’t have the money for good K-12 schools, SAT coaches, lots of extracurricular activities, and other things that help kids from wealthy families get into the elite colleges.

Is that a good argument?

No, it’s not. The case for socio-economic preferences hinges on the assumption that “selective” education means better education and that is a very dubious assumption. Classes in English or math or history aren’t taught better at, say, Harvard than at a less prestigious school such as Bridgewater State. They might even be better at Bridgewater, since the faculty members there are apt to be far more accessible than at Harvard. Students who want and need help generally find it more easily at schools where the faculty teach more and research less.

Don’t “selective” schools do a superior job of getting students into good careers? Not necessarily. In his book Where You Go Is Not Who You’ll Be, Frank Bruni points to many individuals who attended little-known colleges yet became very successful. Degrees are not destiny. What a person does matters vastly more than where he went to school.

Furthermore, graduating from an elite institution is no guarantee of success. Richard Arum and Josipa Roksa made that clear in their book Aspiring Adults Adrift. They write about cases like Alice, a graduate of a selective college who was working as a retail cashier. The authors present this conclusion that will surprise many: “College institutional selectivity is not significantly associated with career unemployment in our analysis, nor is gender, race/ethnicity or parental education.”

A capable student from a poorer family might do just as well if not better by choosing a non-prestigious school where he will get more academic support than enrolling at a more selective one. Luring him into a more selective institution with socio-economic preferences might do more harm than good.

That is especially true since preferences tend to mismatch students with schools.

Preferences of any kind put a thumb on the scales to improve the admission chances of certain students. Here’s how Spivak envisions socio-economic preferences working. College admission officers would adjust the SAT and ACT scores of applicants from poor families to compensate for their lack of Advanced Placement programs, shortage of homework time and tutoring, and place a value on the family obligations of those students that “inhibit the child from being able to join the chess team or build homes with Habitat for Humanity.”

Doing that “adjusting” means a lot of guesswork. Exactly how much higher would the student’s score be if it weren’t for the disadvantages of poverty? It’s impossible to say.

Then, after “normalizing” student scores, the preferred students would be admitted on a par with all others, with whom they are supposedly able to compete. But for disadvantaged students who don’t quite make the cut-off, Spivak recommends doing “assessments” to determine whether they could “catch up” and if so, “further adjustments in scoring” would be appropriate.

Inevitably, admissions officers in charge of the socio-economic preferences would determine in many cases that the students could “catch up.”  They will prefer to green-light as many applicants as possible rather than face criticism for “denying opportunity” to the disadvantaged.

The result of all of this “normalizing” and subjective assessments is certain to be the admission of students who are significantly below the class average in academic ability.  And further undermining this system is the fact that more and more colleges have dropped the SAT as a means of evaluating the mental abilities of students. They’ll be relying on high school grades instead, but since high schools vary tremendously in their level of rigor, the best students from high schools in poor areas are apt to look excellent when in fact they are far behind the typical accepted student.

Preferences for economically disadvantaged students will lead to many cases such as Kashawn Campbell, one of the few male students who showed an interest in his studies at a public high school in a poor area of Los Angeles. He looked like a stellar student and was accepted at the prestigious UC-Berkeley. Unfortunately, his reading ability was so far behind that of the average student that he barely avoided flunking out. (I wrote about his unhappy experience at Berkeley in this piece.)

Spivak adamantly asserts that under his system, academic mismatch “could not occur.” On the contrary, once college admissions people start giving preferences to students – “normalizing” and “adjusting” – it’s inevitable that some, perhaps most of the preferred students will have trouble competing with the students who were accepted just on the basis of academic ability. When mismatch occurs, the supposed beneficiaries are likely to drop out of the more rigorous majors and slide into easier ones where the career opportunities are dim.

And, again contrary to a claim by Spivak, socio-economic preferences will mean displacing some very sharp students. Even if schools drop racial preferences completely, they would still have to reject some high-achieving applicants in order to have room in the student body for what they regard as a sufficient number of disadvantaged students.

To sum up, going to a “selective” college is neither a necessary nor a sufficient condition for success in life. Good students from poor families have excellent opportunities for postsecondary education and don’t need the questionable help of a preference enabling them to attend a prestigious school. They’ll do well at institutions where they won’t be overmatched by their classmates.

Preferences of any kind—racial, legacy, athletic, or socio-economic—are a bad idea. College officials should resist the urge to engage in social engineering and just admit students based on their academic ability and eagerness to learn.

This article, Should We Replace Racial Preferences with Socio-Economic Preferences?, was originally published by the American Institute for Economic Research and appears here with permission. Please support their efforts.