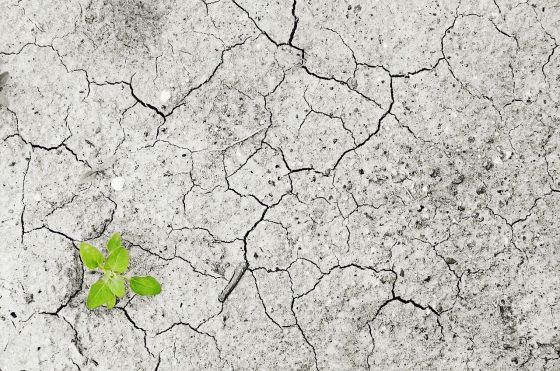 I am going to try to make as much noise about this crisis as I can, because we have never faced anything like this in modern times.  Global fertilizer prices have tripled, and we are being warned that this is going to have a catastrophic impact on food production all over the world.  On Monday, an article that I wrote about this went viral all over the Internet.  On Zero Hedge alone, my article has been viewed more than a quarter of a million times.  The reason why the article is so popular is because the corporate media in the United States is largely ignoring this story.  But it should be front page news all over the country, because this is going to affect every man, woman and child on the entire planet.

Some experts did warn us about this in advance.  For example, a European CEO told the media the following all the way back in November…

“I want to say this loud and clear right now, that we risk a very low crop in the next harvest,” said Svein Tore Holsether, the CEO and president of the Oslo-based company. “I’m afraid we’re going to have a food crisis.”

In Europe, the natural-gas benchmark hit an all-time high in September, with the price more than tripling from June to October alone. Yara is a major producer of ammonia, a key ingredient in synthetic fertilizer, which increases crop yields. The process of creating ammonia currently relies on hydropower or natural gas.

In order to fix this, we need to solve the global energy crisis.

Unfortunately, as I have been repeatedly warning my readers, the global energy crisis is only going to get worse.

So we have a really, really big mess on our hands.

In Africa, many farmers are not going to be able to afford fertilizer at all this year, and it is being projected that this will reduce production by enough “to feed 100 million people”…

With prices tripling over the past 18 months, many farmers are considering whether to forgo purchases of fertilizers this year. That leaves a market long touted for its growth potential set to shrink by almost a third, according to Sebastian Nduva, program manager at researcher group AfricaFertilizer.Org.

That could potentially curb cereals output by 30 million tons, enough to feed 100 million people, he said.

To make sure that their people won’t starve, African governments will need to import massive amounts of food from elsewhere…

“We are likely to see a scenario where yields are depressed and this will mean that either the government will have to readjust their budgets and import food or there will be food shortages,” Nduva said.

But agricultural production is going to be way down all over the globe.

So almost everyone is going to be looking to import food, and there won’t be a lot of exporters.

Many of you may not realize this, but the food crisis has already become quite severe in some parts of Africa…

Food scarcity is already reaching desperate levels in many regions. On Wednesday, Frédérica Andriamanantena, the World Food Program’s Madagascar program manager, appeared on a COP26 panel to describe the severity of the country’s drought and resulting famine. Andriamanantena, who is from Madagascar, said drought had this year reduced the harvest to one-third of the average of the past five years. Where families had once had comfortable meals, children are now subsisting on foraged plants and cactus leaves.

How would you feel if your own children were eating plants and leaves just to survive?

Of course this is just the beginning.  As I have warned for a very long time, we will soon get to a point where there is not nearly enough food for everybody.

What are we going to do then?

And if Russia and Ukraine go to war, that will take this crisis to a completely different level very rapidly…

A major casualty could be even higher food prices. Ukraine and Russia together are heavyweights in global wheat, corn and sunflower oil trade, leaving buyers from Asia to Africa and the Middle East vulnerable to more expensive bread and meat if supplies are disrupted. That would add to food-commodity costs that are already the highest in a decade.

Markets may be remembering what happened in 2014, when Russia annexed Crimea and wheat prices jumped even though shipments weren’t substantially affected. Russia and Ukraine’s share of world exports has increased since, with nations like Egypt and Turkey reliant on the Black Sea breadbasket.

In fact, global grain prices have risen approximately 70 percent just since the middle of 2020…

Food inflation in the OECD hit 5.5% in November, the highest reading since 2009, data published by the Paris-based organization show.

Sadly, most people don’t even realize that this is happening, because the mainstream media is not really talking about it.

Eventually, however, everyone will be talking about this crisis because it is going to be a really, really big deal.

There is no way out, and global food supplies are going to get tighter and tighter.

I would act on this information while you still can.  Unfortunately, the vast majority of the population is going to be absolutely blindsided by what is coming.