Solar Tariffs Are a Mistake 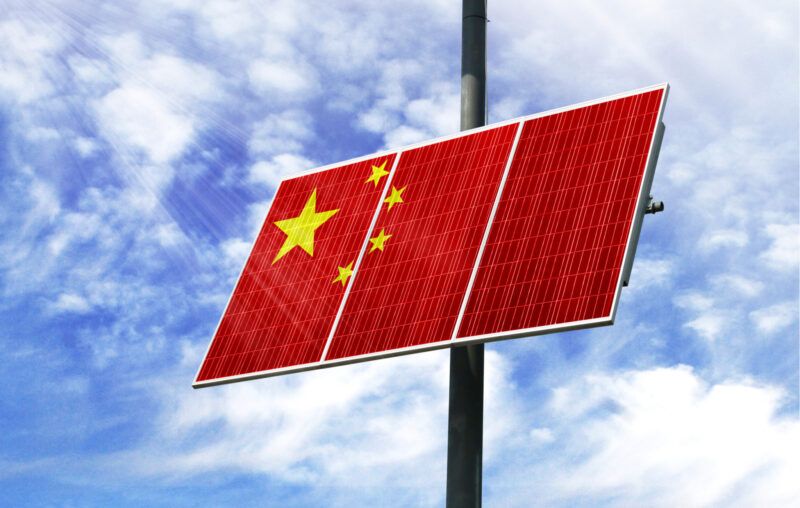 Just two days before the Trump-era solar tariffs were set to expire on February 6, the Biden administration announced its decision to extend them for another four years. The move fits within the administration’s goal of improving domestic job growth and tackling climate change. What the administration ignores, however, is that protectionist policies, such as tariffs, shackle free trade, harming consumers.

In January 2018, President Trump imposed the solar tariffs, or Section 201 tariffs, at the behest of a few domestic solar manufacturers to “defend American workers…and businesses.” US solar manufacturers Suniva and SolarWorld filed a petition with the International Trade Commission (ITC), claiming that solar dumping was destroying the domestic solar industry. Following the ITC’s recommendation, Trump approved safeguard tariffs on solar modules and cells starting at 30%, decreasing annually by 5% for the next four years.

Four years later, as President Biden enters his second year in office, the argument for tariffs remains unchanged. In fact, the administration is following the ITC’s recommendation to extend tariffs as alleviatory measures because “domestic industry is making a positive adjustment to import competition.”

Neither domestic industry nor consumers have made a so-called “positive adjustment.” Rather, punitive solar tariffs are distorting company decision-making, harming consumers, and stunting the industry that it was intended to guard.

Effects on the Solar Industry

Solar energy is a key component of the Biden administration’s ambitious strategy towards achieving net-zero carbon by 2050. More specifically, the administration aims to strengthen home-grown solar manufacturing abilities, solar industry investments, and clean energy employment rates. However, it was a mistake for the administration to extend the Trump-era solar tariffs. An assessment of the impact of the 2018 solar tariffs on these parameters shows that tariffs have debilitated the solar industry.

First, solar tariffs have a historical precedent of not working. The ITC issued duties on solar imports from China and Taiwan in 2012 and 2015, respectively, but, according to a Brookings Institution analysis, they did not affect domestic manufacturers’ competitiveness. Chinese solar manufacturers still dominate the global solar market today; they occupy the top six ranks of solar panel manufacturers. Additionally, American demand for Chinese solar module imports only increased following the safeguard tariffs in 2018.

In response to these tariffs, researchers at Solar Energy Industries Association (SEIA) conducted a study about the effects of the Section 201 tariffs on the US solar industry. Researchers found that US solar prices were relatively the highest in the world despite technological advances that lowered global solar prices as shown in the graph below.

Additional analysis from researchers at Bloomberg New Energy Finance supports the findings in the SEIA report, revealing that US solar module prices per watt were double the world average. Not only were US solar prices relatively more expensive, but, in a research paper, economists Sébastien Houde and Wenjun Wang found that US consumers bore the brunt of the industry’s increased costs per installed solar panel, ultimately slowing demand for solar in a positively trending market.

Domestic solar industry job growth also decelerated from unrealized gains. With reduced solar demand, many projects have been delayed or canceled, resulting in a total of 62,000 module manufacturing jobs either lost or not created.

The industry’s unrealized investment gains further exemplify slowed growth. From 2017 to 2021, the private sector lost a total of $19 billion in investment.

Mark Widmar, the CEO of First Solar, Inc., the only US company leading in global solar manufacturing, argues for fairness of competition. He notes that “in an ideal world, tariffs wouldn’t be necessary,” but only if “China plays by the rules of free and fair trade.”

This raises the question: Is it fair for the American government to cripple the entire solar industry to protect a few noncompetitive firms?

Among the pro-extension companies who testified recently with the ITC on whether to extend tariffs, all of them viewed government intervention favorably as the means to save their struggling companies. It is no coincidence that Suniva, a company that filed for bankruptcy in 2017, requested tariff relief and now, extensions. South Korea’s LG Electronics astutely comments that in the case of Suniva, “this is a textbook case about how certain companies can game the process to use trade laws to accomplish what they can’t accomplish in the marketplace.”

Let Protectionism Stay in the Past

The protectionist narrative has never served as a sound economic strategy. Scott Lincicome captures this sentiment by commenting on Trump’s tariffs: “Before Trump took office, most experts knew that tariffs were costly, ineffective and politically messy, and we’ve spent the last couple years relearning that lesson the hard way.” Biden seems intent on repeating Trump’s mistakes.

Since the rise of Trump-era economic nationalism, the China card is now the most powerful one in a politician’s deck. It is an extremely effective political tool but should not be played when it comes to economic policy. China is not the sole reason American solar companies are not competitive, just as protective tariffs will not be the reason these companies will become competitive. By involving geopolitics, the entire solar industry is adversely impacted, and, further, US consumers lose out on the “advantages that cheaper Chinese goods offer.” Considering additional economic issues, like supply chain issues and rampant inflation, now is not the time to impose market-distorting tariffs.

Protectionism does not revive the American solar industry. Tariff extensions burden the US solar market with slowed growth and exemplify yet another case against outdated trade policies. In the words of Gabriella Beaumont-Smith, the US should “let the sun set on solar tariffs.”

This article, Solar Tariffs Are a Mistake, was originally published by the American Institute for Economic Research and appears here with permission. Please support their efforts.

‘Not Just Women That Are Getting Pregnant’: Abortion Activists Sound Off At ‘Bans Off Our Bodies’ March