Some Problems with the ‘Repatriating Critical Supply Chains’ Argument 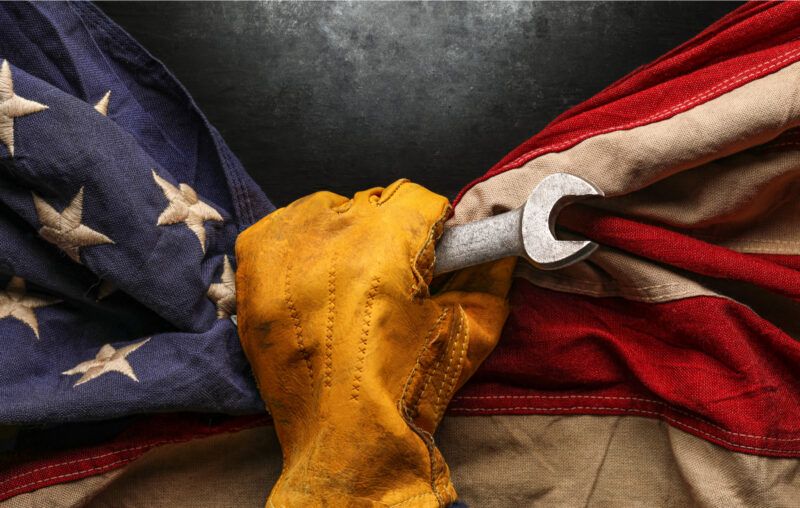 Stringing words together to describe policies that are intended to achieve desirable outcomes is easy. But verbal and written expressions are not self-fulfilling. If the reality to which such expressions refer is significantly more complex than the words imply, attempts to put the words into practice typically result, not in success, but in trouble.

Consider, for example, the common claim that the U.S. government should arrange for the American economy to repatriate the supply chains for critical goods. The idea, of course, is that if we Americans were no longer dependent on foreigners to supply us with key medical supplies and vital military materiel, we’d be safer during pandemics and wartime.

While easy to say, the reality behind these words is a dense thicket of complexities.

For starters, which particular goods are critical for national security or health-care security? You might think that this question can easily be answered by identifying the goods that are currently used by the military or by hospitals. Yet almost all goods have substitutes. Goods in use today enjoy this status in part because they can be acquired at lower costs than can their substitutes.

Looking at national security, consider the fact that there are more than 3,500 different grades of steel. Whatever grade of steel is now used by, say, the private producer, BAE Systems, to construct the outer shell of M1A2 Abrams battle tanks has that distinction in part because of its availability. But another term for “its availability” is “its cost.” If this grade of steel were less available – that is, if it were more costly – chances are high that some other grade of steel would instead now be in common use for this purpose and, thus, be identified as a type of steel that is ‘critically important’ for national defense.

In short, whether or not some good is ‘critical’ to national defense (or to health care, or to food security, or to infrastructure, or to you-name-the-desired-state-of-affairs) is not exclusively a question of that good’s physical properties. Nor is it a question exclusively of the extent of its current use for national-defense purposes. Whether or not some good is ‘critical’ to national defense is also a question of economics, not the least of which is this: What is the current cost of using that good compared to the cost of using one or more different goods that can achieve similar outcomes? And in all cases this cost will be higher or lower depending on how scant or abundant are available supplies of that good relative to available supplies of other goods.

A tempting ‘solution’ to the problem of identifying which goods are ‘critical’ to national defense is to include in the classification of ‘critical’ all obvious substitutes of the goods currently used for purposes of national defense. In the case of steel, for example, simply declare all steel to be strategically important.

But steel itself has substitutes, such as aluminum and, potentially, carbon fiber. So the ‘critical’ classification can logically be extended to include all metals and other substances that can potentially substitute for steel.

Again, there is no engineering answer to the question of which goods are ‘critical’ to national defense. And once the inescapable economic properties of this question are taken into account, there are, in most cases, no obvious and objective criteria that allow some goods and services to be classified as ‘critical’ while others are not so classified.

The challenge of devising some practical means of distinguishing ‘critical’ from not-critical goods and services looms large. First, the imprecision – the ‘non-objectiveness’ – of the criteria for making such distinctions means that all such distinctions will require judgment calls on the part of government officials. But government officials, being incessantly under pressure from special-interest groups, will be tempted to make such distinctions in an overly inclusive manner. Goods and services with no real claim to being critical for national defense will be wrongly classified as critical.

Several years ago I encountered a small piece of evidence in support of the claim that politicians are shameless in using national security as an excuse for special-interest privileges. I was present at a speech in which Sen. Marco Rubio – who represents Florida – defended sugar and other crop subsidies with the assertion that these subsidies are essential if America is to enjoy “food security.” And “food security” is essential, so the Senator assured his audience, to America’s ability to resist foreign military threats.

But even if political pressures were miraculously to disappear, government officials would remain ignorant of most of the detailed bits of knowledge about how resources are, and potentially can be, used. And so any errors these officials make in distinguishing ‘critical’ from not-critical goods and services will result in resources being used more wastefully than otherwise. Because wasteful uses of resources means slower economic growth – and because slower economic growth means reduced ability over time to maintain and improve military and pandemic preparedness – the use by government officials of powers to protect particular producers on grounds of national security or health security could well undermine such security over time.

The reality of these problems with granting to government officials the power to use tariffs and subsidies to repatriate supply chains for ‘critical’ goods does not prove that government efforts in some cases to better secure supplies of ‘critical’ goods are unjustified. Yet the reality of these problems should counsel us to be much more skeptical than we are whenever someone justifies tariffs and subsidies by asserting national-security or health-security implications. In some cases such assertions might – might – be sincere and plausible, but in most cases they will be neither.

This article, Some Problems with the ‘Repatriating Critical Supply Chains’ Argument, was originally published by the American Institute for Economic Research and appears here with permission. Please support their efforts.