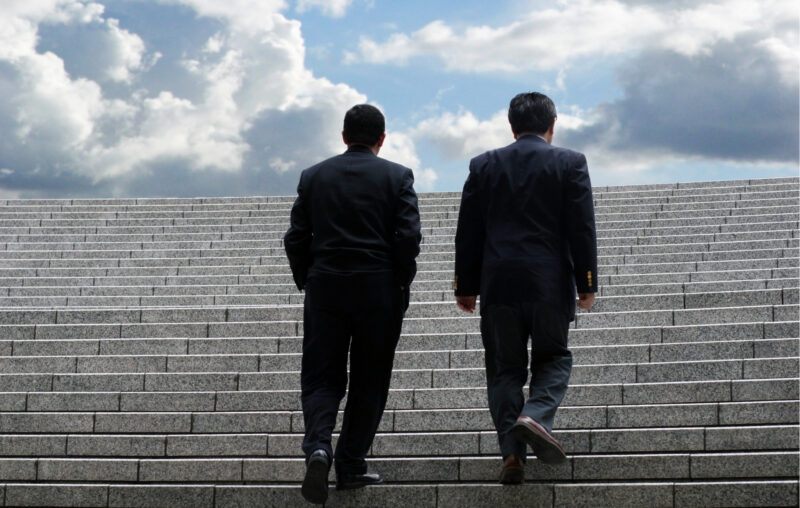 In light of recent high inflation, the Federal Reserve has accelerated plans to tighten its monetary policy. Many in the press are reporting that in addition to raising its short-term interest rate targets, the Fed is about to end its expansionary program of quantitative easing (QE) in favor of a contractionary action of quantitative tightening (QT).

Some articles describe QT as the Fed actively “selling off its bond holdings” or state that QT will begin “on the heels of the central bank’s first interest rate increases,” presumably at its next meeting in March. However, QT is likely to occur in four phases, only the last of which involves actively selling bonds, and which may not begin for a year or more.

The Fed has been conducting QE asset purchases since March of 2020. It is currently buying $20 billion per month in US Treasury bonds and $10 billion per month in mortgage-backed securities (MBSs). Before it can enact a policy of QT, the Fed will need to end its QE balance sheet expansion.

For almost a year, the Fed has been discussing the possibility of slowing the pace of its monthly asset purchases. It only recently started doing so in November of 2021. This tapering was expected to continue until the summer of 2022, but that plan was accelerated when recent inflation turned out higher than the Federal Open Market Committee (FOMC) expected.

The minutes from the most recent meeting of the FOMC show that they discussed ending the asset purchase program after the previous meeting. However, the members ultimately decided to maintain their plan to continue QE until their next meeting, scheduled for March 15th to 16th.

Once QE ends, the process of QT may not begin immediately. Instead, the Fed is likely to maintain a constant level of total assets for some time.

During this period, any proceeds from maturing bonds will be reinvested in bonds of the same duration in order to keep the dollar amount and maturity distribution of bond holdings roughly constant, although Fed officials have indicated they may adjust the composition of asset type by investing the proceeds of maturing MBSs into Treasury bonds.

After a period of maintaining a stable size, the Fed is likely to begin passively shrinking its balance sheet by allowing some of the bonds it owns to mature without replacing them. The cash it receives as proceeds from these bonds will cancel out some of the cash reserves that the Fed owes to commercial banks, reducing the assets and liabilities sides of its balance sheet by equal amounts.

The Fed previously conducted passive tightening prior to the COVID-19 pandemic. Its total assets were relatively stable from 2015 until early 2018 and then declined through 2019 as the Fed allowed some assets to expire. Over that time, the balance sheet shrank from $4.5 trillion to about $3.76 trillion, a reduction of 16.7 percent from its peak size. More than half of that reduction occurred in 2018 alone, and this time around, Fed officials expect an even faster pace.

Passive tightening appears to be the main tool by which the Fed plans to conduct QT. Following the January meeting, the FOMC released a new statement, “Principles for Reducing the Size of the Federal Reserve’s Balance Sheet,” declaring that the committee “intends to reduce the Federal Reserve’s securities holdings over time in a predictable manner primarily by adjusting the amounts reinvested of principal payments received from securities” (emphasis added).

That said, the schedule for beginning QT has not been defined, and it may be many months before such a program begins. According to the FOMC’s most recent meeting minutes, “a number of participants commented that conditions would likely warrant beginning to reduce the size of the balance sheet sometime later this year.” (emphasis added)

Eventually, the Fed may begin the process of active tightening by selling assets from its balance sheet. This approach would shrink the balance sheet more quickly than passive QT.

Even without active QT, however, the pace of balance sheet reduction with passive QT is likely to be faster than it was in 2018-2019. The average maturity of the Fed’s asset holdings is shorter than prior to the pandemic, so passive tightening could be used to shrink the balance sheet more quickly than before, potentially making active tightening unnecessary.

Active tightening has never been conducted on a large scale to reduce the size of the Fed’s balance sheet. It was not used to reverse the Fed’s balance sheet expansions from 2008 to 2014. Given the FOMC’s comments discussed above, it seems that if active QT is to be used at all, it may not occur until the end of 2022 or later.

There are several steps to go before the Fed starts selling assets to reduce the size of its balance sheet. That type of active tightening will probably not begin for a while.

This article, Stages of Quantitative Tightening, was originally published by the American Institute for Economic Research and appears here with permission. Please support their efforts.