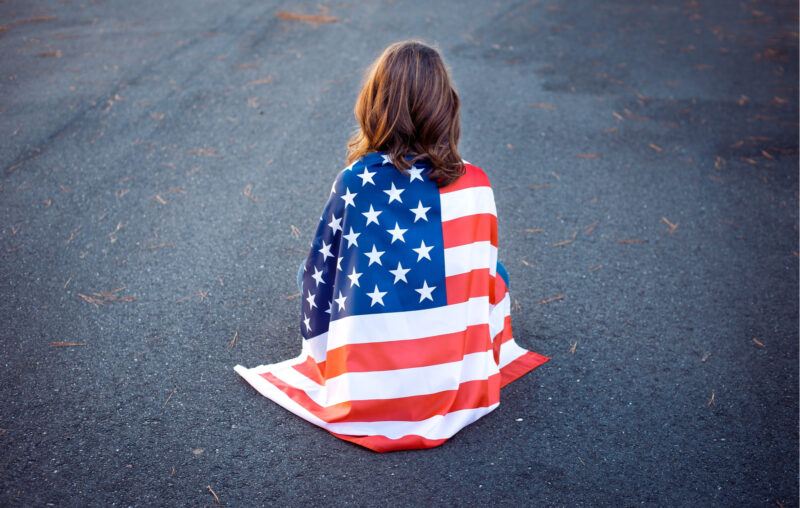 Like a fire bell in the night, Americans awaken to the cry “Stagflation is coming! Stagflation is coming!” Stagnation plus inflation spells big trouble in 2022, multiple pundits and investment gurus predict. Events may prove them right, but the economic situation is actually much worse. America’s “Growth Diamond,” the set of institutions and incentives that have rendered the nation one of the world’s most productive for over two centuries, grows dirtier by the day.

The “Growth Diamond” is a pedagogical heuristic that financial historians George D. Smith, Richard Sylla, and I developed at New York University’s Stern School of Business in the years before the Global Financial Crisis. The diamond refers to the four bases of a baseball or softball field, not the extremely valuable and hard carbon-based mineral.

What students showed us in literally thousands of term papers is that every developed economy throughout history grew wealthy as a consequence of developing four key institutions. They all started by forming a government that provides a “tolerable administration of justice,” i.e., enough protection of the key human rights to life, liberty, and property to achieve relatively high economic freedom scores for at least a significant segment of the population (home plate). Then all developed a modern financial system (first base: stable money, effective intermediaries, liquid securities and risk markets), an open access system of entrepreneurship (second base: inexpensive entry and exit), and finally the ability to efficiently manage large economic entities (third base).

The Dutch developed their diamond first, then the British, then, in the last decade of the eighteenth century, the United States. Canada, France, Germany, Italy, and Japan developed theirs in the nineteenth century, followed by Scandinavia, Australia, and the Asian and Celtic “dragons” in the twentieth.

Consistent with the notions of Adam Smith as well as the “varieties of capitalism” literature, all of those countries took somewhat different routes to prosperity, with many skipping or skirting the heavy industrialization associated with the “Industrial Revolution.” But all rounded the bases specified in our Growth Diamond heuristic.

What the Growth Diamond does not explain is when or why nations develop growth-allowing governments, what Daron Acemoglu and James Robinson call the “narrow corridor of liberty.” Governments impede growth when they are too weak to protect citizens from each other or foreign encroachments, but they also do so when they are strong enough to extract significant resources from their subjects without offering sufficient services in return. A lot of happenstance seems to be involved threading that governance needle, even, or perhaps especially, in the case of the United States, the initial success of which was long attributed to Divine intervention.

Perhaps it is unsurprising, then, that most countries today remain economically undeveloped (and poor unless sitting on oil) because their governments remain too rapacious to spur the development process, which occurs spontaneously when enough people awake each day asking “How can I improve my lot?” instead of “How can I live another day?” That started to change following the end of the Cold War but the over-the-top response to Covid has stopped and even reversed progress since 2020.

And it hasn’t helped that the governments of the world’s two largest economies currently probe the boundaries of the narrow corridor of liberty. The rapid economic development of China following reforms that promised a modicum of economic freedom and protection of human rights shows how people yearn for prosperity even in uncertain circumstances. But we know from cases like Vichy France and Argentina, long an economic basket case after a stint in the top income bracket, that even formerly wealthy places can suffer great reversals once focus shifts from improvement to just getting by.

The Chinese Communist Party seems to believe that it can gaslight most Chinese into believing that they have incentives to innovate and improve productivity by preventing them from learning about, let alone publicly discussing, the Falun Gong, Hong Kong, Jack Ma, Peng Shuai, Taiwan, Tiananmen Square, and the Uighyurs. Maybe it can.

And maybe the US government can continue to gaslight enough Americans to encourage some innovation. Dismisinfoganda is alive and well, largely due to the educational system’s successful infantilization of many Americans. Believe it or not, some Americans purport to believe that only two pesky Democratic US Senators stand between them and Nirvana.

On the other hand, though, the types of people who create the most, and the most important, innovations tend to be well-grounded empirically and many have seen warning signs since the formation of the post-9/11 security state. According to a 2016 study by MIT researchers Andrew McAfee and Erik Brynjolfsson, “business dynamism and labor market fluidity” have been on the decline in the U.S. for the last few decades, suffering death “from a thousand cuts” as business and labor regulations grew in number and bite, with no end in sight. Matters improved a bit during the Trump administration, until Covid anyway.

Negative sentiments about economic freedom in the US have grown stronger since 2020 due to the George Floyd riots and the 6 January kerfuffle at the Capitol. Both put the federal government in a very bad light, first because it did not intercede to stop violence, then by going overboard in response to a mostly peaceful protest. When arsonists go free and trespassers spend a year in jail, confidence in the Rule of Law is bound to ebb. The size and power of the modern American administrative state hardly breeds confidence either.

Little wonder, then, that FedEx feels the need to spend untold millions to put anti-missile lasers on its cargo aircraft in response to several attempts to shoot down its planes. All incidents so far have happened abroad, but executives can easily reimagine a future where Americans with the right politics or identities can shoot down cargo planes with impunity in the name of equity or social justice or some such. Cargo train looting is already rampant in Los Angeles.

Mark Skousen, the innovator behind Freedom Fest, says that America is not yet a “banana republic” but headed in that direction. A few decades ago, he would have been laughed off stage for such a claim but today thinking people stroke their chins in contemplation. Yes, SCOTUS blocked the most egregious of Biden’s vaccine mandates but the mandate was so clearly unconstitutional that it should never have been announced in the first place. Yes, Kyle Rittenhouse was acquitted but he should never have been charged to begin with. America’s administration of justice has become too politicized, or intolerable in Smith’s lingo.

Moreover, the President’s utterances have remained polarizing and inflammatory. After calling Texans Neanderthals for making the correct public health call and dropping mask mandates, Biden has labeled millions of American parents domestic terrorists for taking an interest in their childrens’ educations. He recently called a reporter the dumb son of a female dog, if you know what I mean, for asking a question about inflation. Biden has also claimed, despite widespread knowledge of massive numbers of breakthrough cases, that the unvaccinated exacerbated the pandemic. That is exactly the sort of rhetoric associated with dictators, Latin American and otherwise. It is as if Biden read the book How to Be a Dictator.

The other two bases of America’s growth diamond also appear to be in trouble. Time was one could graduate from a decent business school with a good idea about how to run a large, complex organization, be it commercial or nonprofit. Today, however, one is more likely to come away with an MBA in woke ideology rather than bleeding edge managerial skills.

Finally, something may be amiss in the financial sector as well. Few recall, but there were some odd things going on in overnight loan markets in mid-September 2019 and the banking sector was showing some signs of softness. The Federal Reserve explained it all away, but the Fed’s balance sheet and the monetary base, which had been shrinking for months, did begin to expand again after the event:

While it seems unlikely that Wall Street invented Covid to hide another bailout, it sure wasn’t complaining when the monetary base exploded upward in response to government stimulus. Of course the resulting growth in the money supply (see the M2 chart below) drives the current bout of inflation and the necessity of tamping down on it portends economic stagnation, if not recession.

But America’s dirty Growth Diamond also portends stagnation. Policymakers would do Americans the most service by actually cleaning up the diamond, especially home plate, rather than pretending to do so or claiming that it is already as clean as it gets. If America turns into another Argentina, everyone will be worse off, especially those already the worst off.

This article, Stagflation Pales Compared to America’s Dirty Growth Diamond, was originally published by the American Institute for Economic Research and appears here with permission. Please support their efforts.