Stinky Stuff Happens, but How Do We Prepare? 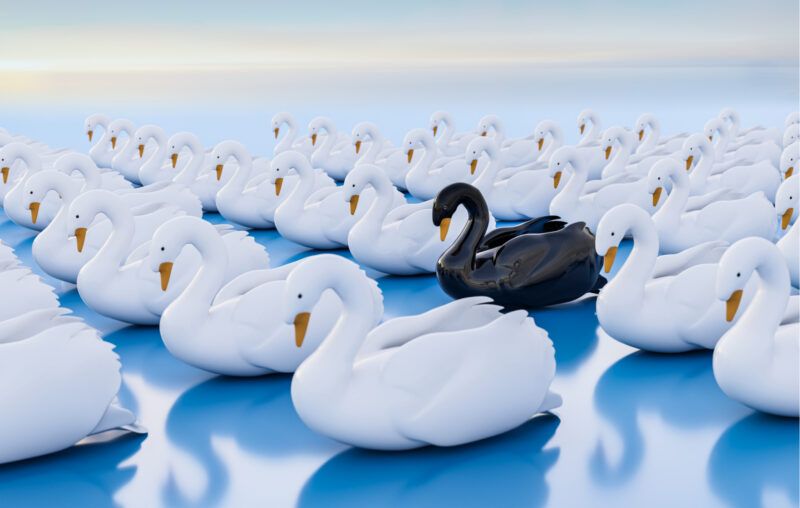 The story of America’s pandemic has largely become one of incompetent inaction. Nobody – bar some fringe people who Michael Lewis has comparative advantage in seeking out after the fact – saw the warning signs of late 2019 and early 2020. The despicable president then delayed urgent and obviously necessary action, played social media games, cared more about his own image, and altogether held back proper pandemic relief. Had it not been for that single point of failure, we’d come through the Covid-19 pandemic much better.

The American constituent/voter rebelled, beginning with the George Floyd riots – sorry ‘protests’ – and then the electoral overthrow of the incumbent. With the new savior at the helm, we got vaccine rollouts, juicy budget deficits and more public spending on everything than anyone could have imagined.

This is partly a religious story, or at least a psychologically comforting story for the woke elite that couldn’t stand Mr. Trump. The U.S., like most Western countries, had worried about pandemics for many years and had so many preparation plans and people responsible for them that when disaster finally struck, nobody actually knew what to do. In Doom: The Politics of Catastrophe, Niall Ferguson, the British historian and prolific writer, labels the many innocuous plans and confidence in the man at the top as “Tolstoy’s Napoleon Fallacy.” For innovations, Matt Ridley has called the same phenomena the “Great Man” theory of history – thinking that history is moved forward, actively and purposefully, by clever inventors who made breakthroughs, or clever leaders who guided their democratic ships through stormy waters.

But leaders have surprisingly little impact on what happens to their countries, more often than not being credited with good outcomes the creation of which they had no part. Similarly, voters routinely punish presidents for bad outcomes that said leaders couldn’t have averted, or perhaps did the best possible thing to mitigate. While the insight from Tolstoy’s War and Peace might be a little too strong (an almost mythical and deterministic force or zeitgeist pushing us toward fate, our own and our leaders’ actions are to no avail), the opposite error is more common: that presidents and Congress have divine powers – and responsibilities! – to fix everything.

A list of pandemic-specific plans, in place since the mid-2000s, includes: Homeland Security National Strategy for Pandemic Influenza, a DoD Implementation Plan, a Department of Health and Human Services Influenza Plan, issued in four different editions from 2006 to as late as 2017 (The CDC-Homeland plan is over 200 pages long, with detailed emergency plans and step-by-step activities). If you think these are too many, too decentralized and too uncoordinated, America’s bureaucrats had a plan for that too: a FEMA-run Federal Interagency Operational Plan: “The Federal Interagency Operational Plans (FIOPs) describe how the federal government aligns resources and delivers core capabilities to implement the five National Planning Frameworks.”

A less cynical person than me would conclude that planning doesn’t work and that government bureaucrats involved in it are fooling themselves and others, at best creating a false sense of security. And these are for disasters that we have predicted for decades, knowing that they always loom in the background. The even greater problem is identifying what type of catastrophe we’re about to face – an upstream problem from discussing vague contingency plans from the noncommittal comfort of a conference room with catered sandwiches and awful coffee. In a Bloomberg piece from last month, Ferguson wrote

“No sooner have we focused our minds on the threat of Salafi jihad than we find ourselves in a financial crisis originating in subprime mortgages. No sooner have we relearned that such economic shocks often lead to populist political backlashes than a novel coronavirus is wreaking havoc. What will be next? We cannot know. For every potential calamity, there is at least one plausible Cassandra. Not all prophecies can be heeded.”

When the Covid-19 pandemic started to roll around in early 2020, the insiders and the hotshots at Davos and the World Health Organization were busy chanting the hymns to the other religious conviction of our time: climate change. The few people who said something, the eerie warning signs coming out of China aside, were brushed aside as over-worried and hysterical doomsday-sayers. I shouldn’t complain too much; I was one of them. History is jam-packed with know-it-alls and false Cassandras who claim the imminent disaster of this or that kind – and they’re almost always wrong. On the off chance they happen to be right, the scale of the problem is almost always overblown and ridiculously exaggerated.

Once in a blue moon, some of them happen to get an impending disaster exactly right. In the Covid-19 disaster, though, plenty of early decision-makers and academics whose models scared an entire world were off by orders of magnitude to the upside. The best and kindest thing that can be said about Imperial College London’s infamous model and others that confidently pronounced doom is that they were exaggerated.

So what are we supposed to do with deviant information that, on the off chance it’s reasonably correct, will be very damaging? “Prepare” is a common answer, but that presumes that we already know what sort of disaster we’re preparing against. In the beginning of the pandemic, I remember several friends and family members all working in hospitals who were aghast, outraged even, that we didn’t keep more masks and ventilators in stock (Yes, we now know that ventilators hurt more than they help, but we didn’t know this at the time). We know that that kind of equipment is useful in a disaster like this, so why had we not prepared? <Insert rant about budget cuts and austerity and incompetent neoliberal leaders>.

My counter-argument then echoes Ferguson’s major point now: we cannot possibly know what disaster the future has in store for us. For some kinds of catastrophes masks and ventilators make sense; for most they will not. If you know the sort of disaster looming, preparing for it is trivial – and because you prepared for it, its damages are unlikely to be particularly great (cue, climate change). In the same spirit, a colleague of mine at the Swedish liberty site Cospaia slyly remarked that preparing for imminent civilizational disasters is simple, provided you know what kind of disaster you’re facing:

If electricity and the internet is still around, cryptocurrencies are best. If electricity and the internet collapse, bullets and rifles are required. If we have a surviving society after that, the probable winners are gold and silver, seeds and small-scale agriculture – as well as the know-how for how to build industries.
If communism is coming, a reasonable escape plan (vehicle) is the only thing that matters. If we’re heading into World War III the safest thing is to hide somewhere rural, farming your own land.

Just this selection of low-probability-high-damage risks puts outsized demands on each household: securely hold crypto (and know what you’re doing with them); own a few rifles, plenty of bullets, and the knowledge (and practice) for how to use them; have gold and silver in the basement as well as buried in the forest somewhere; have a stash of seeds; learn to farm; keep industrial knowledge; have instant access to an escape vehicle (military-grade jeep with endless amounts of fuel?). Even half of that list is impossible for most people to achieve.

The problem is that we don’t know what disasters are lurking on the horizon, and preparing for all the possible ones we can reasonably foresee is impossible and excessively costly. Even if we somehow managed to, individually or as a society, it still doesn’t guarantee protection against the truly black swans, i.e. the disasters of kinds and magnitudes that nobody could foresee.

Bret Weinstein and Heather Heying’s analysis on their podcast is spot-on, yet utterly useless: something else with the magnitude of Covid is going to arrive; we don’t know what; we don’t know when; but we shouldn’t screw it up. Maybe Anti-Fragilize our societies; maybe decentralize and have many different flowers blooming; maybe keep larger buffers; maybe have more redundancies than we think reasonable.

Maybe that’s the best we can do, despite the howling profanities and mindless planning issued by our political and intellectual overlords.

This article, Stinky Stuff Happens, but How Do We Prepare?, was originally published by the American Institute for Economic Research and appears here with permission. Please support their efforts.

Is The CDC A Threat To Science?

Earnings Outlook: Alibaba stock has taken a hit from China crackdown, but its earnings could be a different story