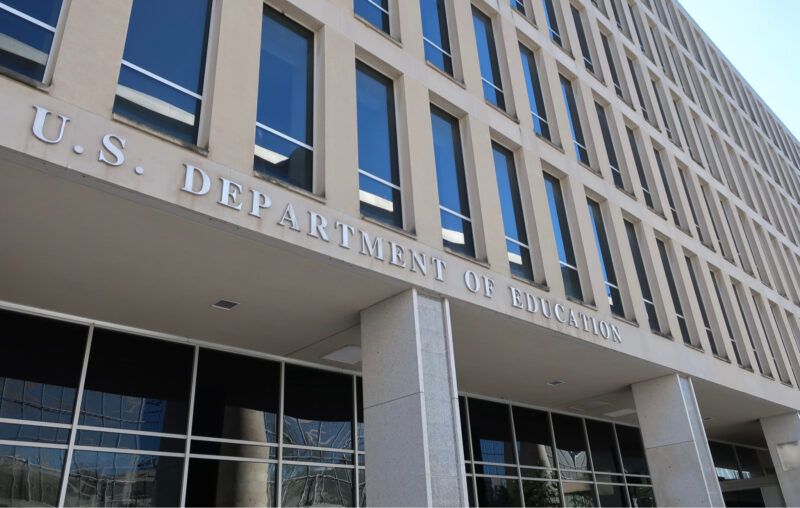 The DoEd is relying on an August 23 memo from the Department of Justice, which argues that mass debt cancellation is authorized under the HEROES Act of 2003. This law, representing some of the federal grab of emergency powers following the 2001 terrorist attacks, appeared again during the pandemic “emergency.” It was invoked to justify, for example, the pause on student loan repayment (at a cost of $5 billion per month). Now, this law is being used as emergency aid for people with student loans.

Emergency powers under the HEROES Act kick in when the President declares a national emergency. Of course, the Department of Education is delighted to observe that the United States is still in a pandemic “emergency.” That means the Secretary of Education is authorized to waive or modify rules that, for instance, help ensure against waste, fraud, and abuse in the repayment of federal student aid. More than two years into the “emergency,” several rules remain waived, including the rules pertaining to paying one’s debts and accruing interest when not paying one’s debts.

The previous administration considered whether the HEROES Act could justify mass debt cancellation and, fortunately, determined that it cannot. Most importantly, the waiver is limited to “affected individuals” who “suffered direct economic hardship as a direct result” of the “national emergency.” Moreover, the previous administration noted several laws and regulations directing agencies to collect debts, not cancel them.

But the current administration has been thrilled to discover the needed emergency authority in the HEROES Act after all. The administration sees no meaningful difference between delaying the requirement to pay one’s debts, such as already exists in forbearances, and waiving or modifying the requirement to pay one’s debts at all, ever. If mass delays in repayment are allowed because nearly every American with a student loan has been directly affected with economic hardship as a direct result of the pandemic, the argument goes, mass cancellation is allowed because nearly all of the Americans being helped today are still directly affected with economic hardship.

The biggest problem with this argument is that large numbers of these borrowers have no economic hardship due to the pandemic, and many of them never did. Vast numbers of white-collar workers continued to get their paychecks while working from home, and a substantial portion of these workers had student loans. They did not need the repayment pause in the first place, and they need debt cancellation even less today.

The other key problem involves the arbitrary cutoffs in the cancellation plan. On the current (but flawed) reading of the HEROES Act, the Secretary of Education has extremely wide discretion to determine what is “necessary” to provide relief such that those who were harmed by the emergency will not be in a worse financial situation, after all, because of their student loans. Even such wide discretion, however, cannot include such arbitrary decisions. The Justice Department’s memo insists, “the Secretary can use the HEROES Act only to offset that portion of the harm that has a ‘relation to’ the borrower’s title IV assistance.” Yet, without any written discussion, analysis, or notice and comment from the public, the Secretary has declared which borrowers will get what, and which borrowers will get nothing.

In sum, the HEROES Act provides no shelter for the arbitrary, capricious, political decisions announced by the Department of Education.

The Department’s full announcement, unfortunately, is even worse. It also proposes major changes to income-driven repayment plans. These are plans that are affordable by definition because they are based on ability to pay. But now they may get even more affordable: After just 10 years of paying only 5 percent of one’s disposable income (redefined so as to exclude even more income), one’s debt will be forgiven. There’s no need to be shy about calling the Department’s plans a new socialism of higher education: pay only what you can, the minimum amount vanishes toward zero, and the taxpayer will cover the rest.

This article, Student Loan Forgiveness and the Shifting Standards of the Department of Education, was originally published by the American Institute for Economic Research and appears here with permission. Please support their efforts.