Study Outlines The Damage to Democracy and Human Rights Under Lockdowns 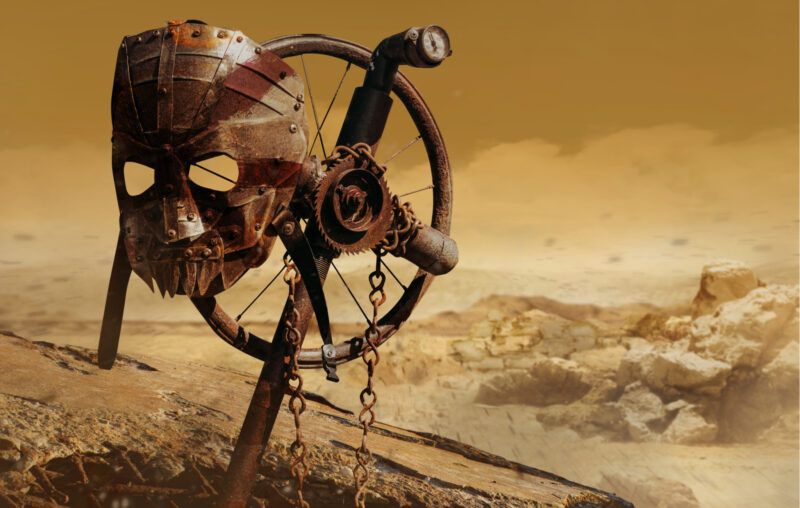 In February of 2021, the former British judge Lord Sumption wrote an article proclaiming that liberal democracy might be the greatest fatality of the Covid-19 pandemic. He correctly noted the disturbing use of government power that was unleashed onto every aspect of society in a manner never before seen. If such powers are not correctly repackaged and locked away, liberal democracies worldwide would be in a much darker place and the grand experiment of a free and open society would fall victim to a demise of its own design. His sentiments are echoed by the latest addition of a comprehensive study published by the V-Dem Institute at the University of Gothenburg which describes itself as follows,

“Varieties of Democracy (V-Dem) produces the largest global dataset on democracy with almost 30 million data points for 202 countries from 1789 to 2020. Involving over 3,500 scholars and other country experts, V-Dem measures hundreds of different attributes of democracy. V-Dem enables new ways to study the nature, causes, and consequences of democracy embracing its multiple meanings.”

Their 2021 report notes that over the past ten years liberal democracy has been on the decline and autocracy has been on the rise. This is exemplified by populist and nationalist movements in countries such as India, Brazil, Poland, Turkey, and the United States. The number of liberal democracies has declined from 41 to 32 over the course of the past decade and electoral autocracies have become the most common regime type. Authoritarian countries like China and Russia not only solidified their power but expanded, such as with the recent crackdowns in Hong Kong and the annexation of Crimea.

The most shocking findings of the report were the extent of the abuse of power that transpired under the guise of fighting Covid-19. In Western liberal democracies, the restrictions were quite severe with prohibitions on travel, discriminatory behavior, executive overreach, attacks against free expression, and a lack of time limits on emergency powers being common themes. However, what has transpired in more autocratic regimes under lockdowns would make even the most tyrannical American governors blush. Ultimately, the report concludes that liberal democracy during the lockdowns took a hit, but the damage can be minimized if restrictions are lifted and emergency powers are reformed. Lockdowns, as devastating as they were, are only one factor in the chronic decline of our liberal democratic system. However, such a decline opens the door to even worse possibilities.

Exploring the Abuse of Power Under Lockdowns

“Based on international human rights law, emergency measures may alter democratic institutions, rights, and proceedings only within certain boundaries. For example, while responses to Covid-19 may ensure physical distancing by restricting freedom of movement and assembly, they may not infringe on non-derogable rights like the right to life or freedom from torture.”

Furthermore, emergency measures must be “proportionate, necessary, and non-discriminatory”, which means that aggressive lockdown policies would not be considered a violation provided they are following some sort of universal procedure and not targeting certain populations. Therefore, the report does excuse the behavior of lockdown heavy countries like New Zealand because it is mostly focusing on truly poor-intentioned abuses of power such as the suppression of media and targeting of minority groups. Also, while the report does not include the censorship of Canadian doctors, the incident occurred after its publication.

Regardless, the study shows just how eager autocratic regimes around the world and even liberal democracies would be to violate democratic norms under the cover of a pandemic. The report notes,

“Restrictions on media freedom are most common by far – 2/3 of all countries imposed moderate or major ones. Almost 1/3 of nations (31%) have (or had) emergency measures without a time limit.”

In particular, India engaged in the harassment of journalists and Turkish authorities arrested members of the press for reporting on the pandemic while imprisoning hundreds of civilians who discussed the issue on social media. In Tunisia, the government attacked bloggers who criticized its approach to the pandemic. Such media repression in Sri Lanka was not only present but accompanied by attempts to undermine the very institutions of liberal democracy. V-Dem notes,

“The Sri Lankan government used the pandemic to impose new restrictions on the media, intimidate and silence critics, and repress civil society organizations. V-Dem data also recorded a noticeable decline in judicial independence and in the autonomy of the election management body.”

In countries like the US and other liberal democracies, civilians were essentially confined to house arrest under lockdown orders. Although this was certainly terrible and unjustified, that paled in comparison to what autocratic countries did to their people. The study writes that,

The Saudi government detained hundreds of migrant workers in overcrowded and unsanitary conditions, and the Venezuelan authorities detained thousands of its citizens who were returning from abroad in makeshift facilities… In Uganda, the authorities invoked social distancing regulations to target LGBT communities and intimidate journalists.

In Nepal, Paraguay, and South Africa, police forces used unjustified and inappropriate tactics of humiliation on those who violated social distancing guidelines. A Reuters article from April of 2020 noted,

“The U.N. human rights office voiced concern on Monday about more than a dozen countries that have declared states of emergency due to the COVID-19 pandemic where police have arrested or detained hundreds of thousands of people and killed others.”

It goes without saying that these horrendous and inhumane strategies are enabled by not only unscientific hysteria but also a lack of respect for the norms of liberal democracy. Something that many here in the West have routinely scoffed at as antiquated values that prevent us from fully responding to threats. Principles matter most not when times are good, but when they are bad. V-Dem provides a regression table showing that infringements on international norms occurred significantly more in autocratic countries than liberal democratic ones. The US in particular underperformed in its ability to uphold democratic norms compared to its peers.

Taken in its entirety, all this shows that lockdowns were terrible in liberal democratic countries and they were especially horrendous in more authoritarian countries given their lack of constraints on power. The universal lesson is that this is what happens when you let the genie out of the bottle when it comes to this sort of government power.

The greatest takeaway from the report in regards to pandemics and democracy is the need to enact emergency power reforms. As shown by the above graph, the report is willing to excuse the behavior of countries like New Zealand and Canada that had strict lockdowns but did not engage in the sort of abusive behavior that the other countries engaged in (targeting minorities, police misconduct, using makeshift detention facilities etc.).

However, the report makes it very clear that all countries should set time limits on emergency powers that allow them to execute lockdowns. Worryingly, as of December 2020, 43 countries had emergency orders with no such limits; 24 were democracies, 19 were autocracies. It goes without saying that absent the aforementioned reforms, the former risks transitioning into the latter.

Finally, although this article by The Guardian was written in March of 2020, it warned about the dangers of countries like the Philippines attempting to stamp out “Covid misinformation”, as such a mandate gives far too much discretion to target political speech. Although that is a real threat, it would be interesting to know if they would still hold the same attitude towards the current Biden Administration’s recent attempt to do the same.

The report covers more than just the disturbing abuses of power that have occurred under lockdowns. Ultimately it warns against the reemergence of the dark authoritarian tendencies that exist within all societies. At the same time, it notes that democracy movements are still alive and well across the world. The ark of history has no set destination and it is up to us as a civilization to decide where it lands.

When it comes to democracies and lockdowns, this report is a stark reminder of why principles matter during a pandemic and why they will matter forever. The use of lockdowns and emergency powers without set end dates leaves the future of liberal democracies in question. For those unfortunate enough to live in autocratic nations, their lockdowns made the ones in freer countries look like child’s play. With the necessity for a system of limited government under a liberal democracy coming into question with every passing year, 2020 should have served as a preview for what life could become if we fail to defend our freedoms.

This article, Study Outlines The Damage to Democracy and Human Rights Under Lockdowns, was originally published by the American Institute for Economic Research and appears here with permission. Please support their efforts.